People who use sacred texts have often found ways of selecting passages appropriate to their needs. Disciples of Confucius used a complex system of hexagrams, chosen by lot, to find images and comments suitable to their time, place and situation. In classical and medieval times, the writings of Virgil and Homer were used in a similar way. Sometimes the Bible was accessed by lot or dice or random procedures. The Church responded to the need to select appropriate wisdom from the Bible, by the daily lectionary, a selection of readings for every day in the year, which was originally used in monasteries, but has for some time been used in daily mass in the Catholic Church, and for private devotion in others. Obviously the choice of passages reflects a theology and the Christian calendar, but it also has an arbitrary element. It asks the reader, “Can this wisdom be applied to your soul, your community, your place, today?” This blog follows the daily readings and hopes to uncover some wisdom.

1 I urge the elders among you, as a fellow-elder myself and a witness to the sufferings of Christ, and as one who is to have a share in the glory that is to be revealed:

2 give a shepherd’s care to the flock of God that is entrusted to you: watch over it, not simply as a duty but gladly, as God wants; not for sordid money, but because you are eager to do it.

3 Do not lord it over the group which is in your charge, but be an example for the flock.

4 When the chief shepherd appears, you will be given the unfading crown of glory.

13 When Jesus came to the region of Caesarea Philippi he put this question to his disciples, ‘Who do people say the Son of man is?’

14 And they said, ‘Some say John the Baptist, some Elijah, and others Jeremiah or one of the prophets.’

16 Then Simon Peter spoke up and said, ‘You are the Christ, the Son of the living God.’

17 Jesus replied, ‘Simon son of Jonah, you are a blessed man! Because it was no human agency that revealed this to you but my Father in heaven.

18 So I now say to you: You are Peter and on this rock I will build my community. And the gates of the underworld can never overpower it. 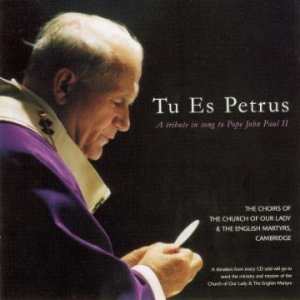 "You are Peter"-the myth that confers authority

Both these passages are part of the developing legend of the Apostle Peter in the early church. The letter is not by Peter, but in his name, using the knowledge of his story to give instruction to the elders of the churches. The imagery of shepherding is not especially apt, as it consigns the church members to the role of sheep, but it has a long history, stretching back to the nomadic ancestors of the Jewish people. The word shepherd was routinely used of the Kings of Israel, sometimes in appreciation, often in criticism. It was also applied to God as the true shepherd, the true king. I am uncomfortable with the application of this imagery to the relationship between church leaders and people. It suggests that the leaders represent Christ (the chief shepherd) in a way that the people of the church do not. I’m not sure that the writer intends this distinction, because his use of language is neither original nor exact.

Matthew has taken Mark’s story of Peter’s declaration, and sabotaged it by the addition of material intended to secure Peter’s role (and perhaps the role of his successors) amongst the early churches. Mark’s story turns on the inadequacy of Peter’s faith, which cannot equate Messiah-ship with rejection and failure. He has got so far, but unless he submits to the way of the cross, he will always be a demonic tempter rather than a true disciple. Matthew’s additional material, which must come from a source unknown to Mark, uses what may be genuine words of Jesus, from another context,  both to Peter and perhaps others, to boost the status of Peter. It seems likely that the special status of Matthew’s gospel in the Roman Catholic Church rests on this story rather than any other factor.

The glorification of Peter and his successors as Bishops of Rome, as seen in St. Peter’s Basilica in Rome, where the disciple almost outshines his master, remains divisive for the world church today.

Those later developments should not however lead us to ignore the strength and pathos of St Peter’s story in the Bible. His reach always exceeds his grasp. Much is expected of him and therefore his failure is great. His experience of Jesus’ forgiveness may be one of the roots of the resurrection faith of the disciples.