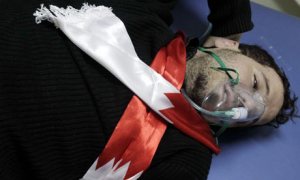 4Now the Spirit expressly says that in later times some will renounce the faith by paying attention to deceitful spirits and teachings of demons, 2through the hypocrisy of liars whose consciences are seared with a hot iron. 3They forbid marriage and demand abstinence from foods, which God created to be received with thanksgiving by those who believe and know the truth. 4For everything created by God is good, and nothing is to be rejected, provided it is received with thanksgiving; 5for it is sanctified by God’s word and by prayer.

6 If you put these instructions before the brothers and sisters, you will be a good servant of Christ Jesus, nourished on the words of the faith and of the sound teaching that you have followed. 7Have nothing to do with profane myths and old wives’ tales. Train yourself in godliness, 8for, while physical training is of some value, godliness is valuable in every way, holding promise for both the present life and the life to come. 9The saying is sure and worthy of full acceptance. 10For to this end we toil and struggle, because we have our hope set on the living God, who is the Saviour of all people, especially of those who believe.

The writer faithfully retains the tradition of Paul against all forms of religious mythology and superstition. The clear Jewish faith in a creator God should keep people away from all sorts of pseudo-disciplines which deny the goodness of the material world. Genuine discipline, on the other hand, that is, training is what the writer calls “godliness”, is considered desirable. He means living according to the ways of God revealed in Jesus. Any toil and struggle involved in this discipline is not wasted. This is good advice for believers today when many spurious forms of spiritual 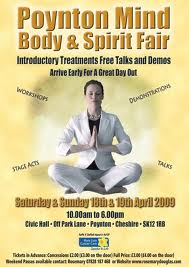 discipline gain popularity because they offer a neat set of instructions for daily practice. The problem with these is not their dailiness but their superficiality. Simple daily patterns of “training in godliness” would be useful to many people, as the competence of past generations in scripture and prayer has largely vanished.

13 Then they sent to him some Pharisees and some Herodians to trap him in what he said. 14And they came and said to him, ‘Teacher, we know that you are sincere, and show deference to no one; for you do not regard people with partiality, but teach the way of God in accordance with truth. Is it lawful to pay taxes to the emperor, or not? 15Should we pay them, or should we not?’ But knowing their hypocrisy, he said to them, ‘Why are you putting me to the test? Bring me a denarius and let me see it.’ 16And they brought one. Then he said to them, ‘Whose head is this, and whose title?’ They answered, ‘The emperor’s.’ 17Jesus said to them, ‘Give to the emperor the things that are the emperor’s, and to God the things that are God’s.’ And they were utterly amazed at him.

the image of God

It’s useful to pick this story apart as there are some who still see it as a neat separation of church and state, religion and politics. The issue of Roman taxation was crucial in defining those who refused to accept Roman rule. Then as now, people would of course try to avoid paying taxes, but those who publicly advocated non-payment were viewed as extremist by the Romans and the Jewish ruling elite. In effect, Jesus was being invited to put his head in a noose. Jesus does two things: he avoids the trap, but more than that, he offers a penetrating answer. By asking for a denarius, a Roman coin, he exposes the fact that his questioners use the Roman coinage, which some legalists would have refused to use because it displayed a “graven image” of the Emperor. Jesus rubs it in, “Whose head and whose title are on it?” They have to admit the truth. Then Jesus pounces, “Give to the Emperor what belongs to him (this idolatrous coinage) but give to God what belongs to him, namely yourselves, because you and all human beings bear the image of God.” The Emperor may claim our assent to his civil arrangements, but our whole allegiance is to God.

The division Jesus makes is by no means even-handed: at best the Emperor has an authority qualified by the citizens’ acceptance of it –if they use his coinage they will pay his taxes. As in Egypt, as in Bahrain, when people cease to accept a government it can only be maintained by violence. But God’s authority is paramount: all human beings belong to him. Jesus was neither a nationalist nor a jihadist. He seems to have viewed all political power as provisional in face of the rule of God made flesh in his ministry and the community of his disciples. As Stanley Hauerwas says, the job of the church is to be a political critique of the state before it offers any words.