This blog provides a meditation on the Episcopal daily readings. I apologise for the absence of images which is due to technical incompetence.

23Now these are the last words of David:

the oracle of the man whom God exalted,

the anointed of the God of Jacob,

the favourite of the Strong One of Israel:

2 The spirit of the Lord speaks through me,

his word is upon my tongue.

3 The God of Israel has spoken,

the Rock of Israel has said to me:

One who rules over people justly,

ruling in the fear of God, 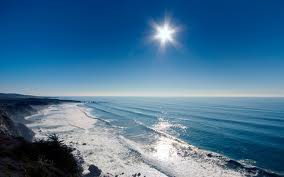 gleaming from the rain on the grassy land.

13 Towards the beginning of harvest three of the thirty chiefs went down to join David at the cave of Adullam, while a band of Philistines was encamped in the valley of Rephaim. 14David was then in the stronghold; and the garrison of the Philistines was then at Bethlehem. 15David said longingly, ‘O that someone would give me water to drink from the well of Bethlehem that is by the gate!’ 16Then the three warriors broke through the camp of the Philistines, drew water from the well of Bethlehem that was by the gate, and brought it to David. But he would not drink of it; he poured it out to the Lord, 17for he said, ‘The Lord forbid that I should do this. Can I drink the blood of men who went at the risk of their lives?’ Therefore he would not drink it. The three warriors did these things.

Doubtless this psalm comes from a hand other than David’s, but it sums up well one of the convictions of the book of Samuel: justice is God’s desire for human beings; and those who create it are a blessing like the light of morning. In democracies we may say that the framework of justice is more precious than the policies of any particular government; and strengthening that framework is more important than any other reform. The constitution the U.K. provides justice with many checks and balances but insufficiently protects the land and its creatures against destruction and its inhabitants against the power of international capital. Nevertheless it is a blessing.

The story of the three warriors is a marvellous coda to the David story as it shows the love and courage he inspired and his grasp of the costs of gallantry. We have seen in our time, too often, the preening of politicians who did not refuse to drink the blood of men, who went at the risk of their lives to win a war.

13As he came out of the temple, one of his disciples said to him, ‘Look, Teacher, what large stones and what large buildings!’ 2Then Jesus asked him, ‘Do you see these great buildings? Not one stone will be left here upon another; all will be thrown down.’

3 When he was sitting on the Mount of Olives opposite the temple, Peter, James, John, and Andrew asked him privately, 4‘Tell us, when will this be, and what will be the sign that all these things are about to be accomplished?’ 5Then Jesus began to say to them, ‘Beware that no one leads you astray. 6Many will come in my name and say, “I am he!” and they will lead many astray. 7When you hear of wars and rumours of wars, do not be alarmed; this must take place, but the end is still to come. 8For nation will rise against nation, and kingdom against kingdom; there will be earthquakes in various places; there will be famines. This is but the beginning of the birth pangs.

9 ‘As for yourselves, beware; for they will hand you over to councils; and you will be beaten in synagogues; and you will stand before governors and kings because of me, as a testimony to them. 10And the good news must first be proclaimed to all nations. 11When they bring you to trial and hand you over, do not worry beforehand about what you are to say; but say whatever is given you at that time, for it is not you who speak, but the Holy Spirit. 12Brother will betray brother to death, and a father his child, and children will rise against parents and have them put to death; 13and you will be hated by all because of my name. But the one who endures to the end will be saved.

The prophecies of Jesus have been infiltrated by subsequent knowledge of the destruction of Jerusalem in 70CE. It’s quite likely that he spoke of an end to the power of the Temple, and that he believed there would be “birth pains” of a new age of justice. What is distinctive in his recorded prophecy is the note of sobriety. There will always be hysterics and snake oil salesmen who say “I’m the one!” and instruct people about the mechanics of Armageddon. Jesus warns his disciples to have nothing to do with them. They will have enough to do keeping faith in the face of unpopularity and persecution, even from their own families. Those who bear the good news of God’s kingdom will be hated by those who have worldly power. We want to hear from Jesus that faithful disciples will be saved from the worst that the world can bring but instead he says: the one who endures to the end will be saved. You can’t accuse Jesus of over-selling the product.