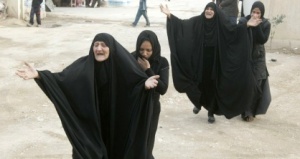 15 Brothers and sisters, I give an example from daily life: once a person’s will has been ratified, no one adds to it or annuls it. 16Now the promises were made to Abraham and to his offspring; it does not say, ‘And to offsprings’, as of many; but it says, ‘And to your offspring’, that is, to one person, who is Christ. 17My point is this: the law, which came four hundred and thirty years later, does not annul a covenant previously ratified by God, so as to nullify the promise. 18For if the inheritance comes from the law, it no longer comes from the promise; but God granted it to Abraham through the promise.

19 Why then the law? It was added because of transgressions, until the offspring would come to whom the promise had been made; and it was ordained through angels by a mediator. 20Now a mediator involves more than one party; but God is one.

21 Is the law then opposed to the promises of God? Certainly not! For if a law had been given that could make alive, then righteousness would indeed come through the law. 22But the scripture has imprisoned all things under the power of sin, so that what was promised through faith in Jesus Christ might be given to those who believe.

Paul wants to argue that God’s promise to Abraham “that in his seed all nations would be blessed,” is superior to the covenant of the Law given to Moses. The latter, according to Paul’s rabbinical tradition was given by angels to the people though Moses, that is, it as not given directly by God; whereas God’s promise to Abe was given directly. Paul’s doubtful scholarship also allows him to interpret the collective singular noun seed as pointing to a single person, namely the Messiah.

clean/unclean or equality in Christ

He argues that the Law was needed in order to control sinful people until the life-giving Messiah came into the world. By this ingenuity he claims that the Law and the Gospel are not at odds, since they are designed by God to do different jobs: the Law restrains and condemns sin; whereas the gospel brings life.

If all this seems over- ingenious and pretty dodgy to the modern reader, two things should be borne in mind:

(Readers who are interested in Paul may care to read my fiction about him on Kindle: Paul, an Unauthorised Autobiography)

Paul’s distinction may not seem important today, but I think the fiddle-faddle is still around. The controversy in various Christian churches, including my own Church of Scotland, about homosexuality is essentially a “religious” matter, a quarrel about clean and unclean, and therefore, to my nose, smelly. Paul wants us to accept Jesus Messiah as the end of all that, recognising that we are all sinners who need the gift of new life so that we can treat all our brothers and sisters as equals.

67 Then his father Zechariah was filled with the Holy Spirit and spoke this prophecy:

68 ‘Blessed be the Lord God of Israel,

for he has looked favourably on his people and redeemed them.

69 He has raised up a mighty saviour for us

in the house of his servant David,

70 as he spoke through the mouth of his holy prophets from of old,

71   that we would be saved from our enemies and from the hand of all who hate us.

72 Thus he has shown the mercy promised to our ancestors,

and has remembered his holy covenant,

73 the oath that he swore to our ancestor Abraham,

to grant us 74that we, being rescued from the hands of our enemies,

might serve him without fear, 75in holiness and righteousness

before him all our days.

76 And you, child, will be called the prophet of the Most High;

for you will go before the Lord to prepare his ways,

77 to give knowledge of salvation to his people

by the forgiveness of their sins.

78 By the tender mercy of our God,

the dawn from on high will break upon us,

79 to give light to those who sit in darkness and in the shadow of death,

to guide our feet into the way of peace.’

80 The child grew and became strong in spirit, and he was in the wilderness until the day he appeared publicly to Israel. 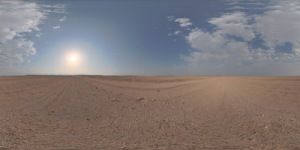 Although Luke knows that Jesus was not the sort of Messiah expected by the people, he retains the traditional language of messianic expectation in this prophetic song. But he, like Paul, focuses on the promise to Abraham rather than the Mosaic Covenant; and refers to the hope that the messiah would come from the royal family of David. Zechariah’s son, John, will be the honoured prophet who prepares the people for salvation by proclaiming the Law. This also fits with Paul’s view of the Law. Luke’s way with words gives us the beautiful expression for the new life which the Messiah will bring: “the dayspring or rising light from on high”, echoing the poetry of Isaiah Chapter 9 (The people that walked in darkness have seen a great light). “To guide our feet into the way of peace.” is a fine summing up of the hope that Luke’s “messianic families” have of the Messiah, a hope which is still relevant to me here and now as every day I watch my own feet taking the way of violence before I can stop them.