The Destruction of the Temple Foretold

24As Jesus came out of the temple and was going away, his disciples came to point out to him the buildings of the temple.2Then he asked them, ‘You see all these, do you not? Truly I tell you, not one stone will be left here upon another; all will be thrown down.’<!– 3 –>

Signs of the End of the Age

3 When he was sitting on the Mount of Olives, the disciples came to him privately, saying, ‘Tell us, when will this be, and what will be the sign of your coming and of the end of the age?’4Jesus answered them, ‘Beware that no one leads you astray.5For many will come in my name, saying, “I am the Messiah!”* and they will lead many astray.6And you will hear of wars and rumours of wars; see that you are not alarmed; for this must take place, but the end is not yet.7For nation will rise against nation, and kingdom against kingdom, and there will be famines* and earthquakes in various places:8all this is but the beginning of the birth pangs.<!– 9 –>

9 ‘Then they will hand you over to be tortured and will put you to death, and you will be hated by all nations because of my name.10Then many will fall away,* and they will betray one another and hate one another.11And many false prophets will arise and lead many astray.12And because of the increase of lawlessness, the love of many will grow cold.13But anyone who endures to the end will be saved.14And this good news* of the kingdom will be proclaimed throughout the world, as a testimony to all the nations; and then the kingdom will come. 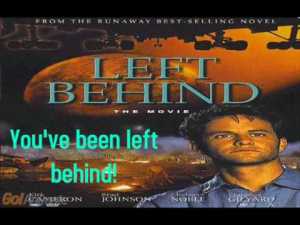 Because Matthew wrote in a time of turmoil, when his nation and its temple had been destroyed, there would have been many religious people asking if these events signalled what they had been trained to expect,  the end of the present evil age and the beginning of God’s kingdom. Doubtless there were as many bubbleheads then as now willing to gain power of wealth by peddling their revelation of the cataclysm. Matthew looked into his collection of Jesus’ sayings to find something relevant. What he sets down for his readers shows Jesus’ good sense and sobriety. He knows the temple will be destroyed because of Rome’s power and the futile rebellions of Jewish Jihadis. He accepts that there will be wars, turmoil, natural disasters and so on, but he tells his followers these are to be expected and are only the tiny beginnings of the kingdom. Those who are true to him will be persecuted, he warns, and even some within the community of disciples will prove unreliable. Those who endure the end of their lives will be rescued. God’s patience with this disordered world gives time for the good news of his saving justice to be communicated to the whole earth. Jesus is  precise about important things like enduring and deliberately vague about timetables of the kingdom which are God’s business only.

He gives no amnution to bubbleheads. 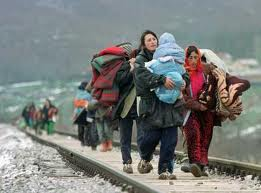 …those who endure to the end…

So the next time some pea-brained evangelist tells you he knows the date and time of the Kingdom, and can give you a precise timetable for the cataclysm along with advance copies of the names of those who will be rapt and those who will be left behind, just give him the address of your local mental health clinic and recommend he books in.  Tell him you’ll pray for his recovery. Predicting the future of humanity predates Christianity. Wise men and women of all religions have done this, some indeed with the the dim shape of some genuine catastrophe in mind -as for example, those who warn us about ecological disaster- and to them we should pay attention. But there have always been others simply earning a livelihod by terrifying the gullable. There is nothing in the Bible of this sort. Even when it borrows the language of “apocalypse”, its true meaning is always sober and down-to-earth. All books about the coming of the kingdom should have to use Jesus’ words as a motto, “About the day or the hour no human being knows, not even the Son.”