Can the Christian Bible provide wisdom for every day? This blog uses the Episcopal daily readings to check this out, along with a headline from world news. 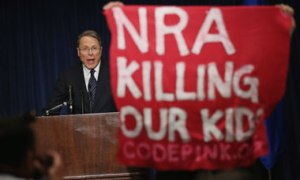 The Proclamation of John the Baptist

3In the fifteenth year of the reign of Emperor Tiberius, when Pontius Pilate was governor of Judea, and Herod was ruler* of Galilee, and his brother Philip ruler* of the region of Ituraea and Trachonitis, and Lysanias ruler* of Abilene,2during the high-priesthood of Annas and Caiaphas, the word of God came to John son of Zechariah in the wilderness.3He went into all the region around the Jordan, proclaiming a baptism of repentance for the forgiveness of sins,4as it is written in the book of the words of the prophet Isaiah,
‘The voice of one crying out in the wilderness:
“Prepare the way of the Lord,    make his paths straight.
5 Every valley shall be filled,    and every mountain and hill shall be made low,
and the crooked shall be made straight,    and the rough ways made smooth;
6 and all flesh shall see the salvation of God.” ’

7 John said to the crowds that came out to be baptized by him, ‘You brood of vipers! Who warned you to flee from the wrath to come?8Bear fruits worthy of repentance. Do not begin to say to yourselves, “We have Abraham as our ancestor”; for I tell you, God is able from these stones to raise up children to Abraham.9Even now the axe is lying at the root of the trees; every tree therefore that does not bear good fruit is cut down and thrown into the fire.’ 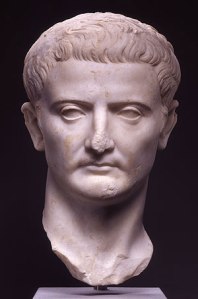 The first paragraph above is one of Luke’s most brilliant constructions. A roll call of potentates serves as merely the background to the true protagonist of his story: the Word of God, who comes to an obscure Jewish prophet in the desert.  His writing helps readers of all times and places to hear the Word of God who, spoken by human beings, is the chief mover and shaker of history.

Try it….In the fifth year of the presidency of Barrack Obama, Vladimir Putin being president of the Russian Federation, David Cameron Prime minister of the United Kingdom, Angela Merkel Chancellor of the German Republic and Bashar Assad ruler of Syria, the Word of God comes to ….whom? Possibly to someone of whom we know as little as the Emperor Tiberias would have known of John son of Zechariah. Learning to listen for the true Word in the midst of the words of earthly powers, is the first lesson Luke teaches.

Try it… In the sixth year of the economic crisis, Bank of America, JP Morgan Chase, HSBC, Santander, Barclays and other banks controlling the wealth of millions, Esso, Exon, BP, Shell and other oil companies controlling the energy resources of the world, Walmart, Tesco, Sainsbury’s and other Supermarkets battling for the last Christmas pound, the  Word of God comes…. to whom? Possibly to someone for whom even the very existence of banks is a distant rumour. Learning to hear the true Word from the smallest and least of the earth is another lesson Luke teaches. 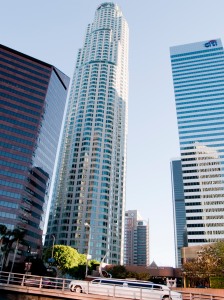 Try it….. in the seventy first year of my life, driven as always by my own desire for approval, frequently subject to powerful needs that are neither admitted nor understood, fearful that my life may end before I manage to do one thing for which I was given life, the Word of God comes….how? Possibly in in the helpless child-God within me as well as outside me, this Christmas , as always.

“Is not the Word of God a hammer that splits the rock?” (Jeremiah)

Tags: the chief mover and shaker, the helpless God-child, The Word of God