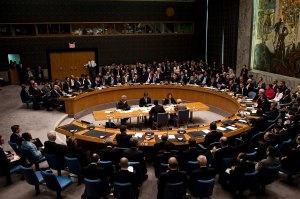 12 Now on the first day of the feast of Unleavened Bread, when the Passover lamb is sacrificed, Jesus’ disciples said to him, “Where do you want us to prepare for you to eat the Passover?” 13 He sent two of his disciples and told them, “Go into the city, and a man carrying a jar of water will meet you. Follow him. 14 Wherever he enters, tell the owner of the house, ‘The Teacher says, “Where is my guest room where I may eat the Passover with my disciples?”’ 15 He will show you a large room upstairs, furnished and ready. Make preparations for us there.” 16 So the disciples left, went into the city, and found things just as he had told them, and they prepared the Passover.

17 Then, when it was evening, he came to the house with the twelve. 18 While they were at the table eating, Jesus said, “I tell you the truth, one of you eating with me will betray me.” 19 They were distressed, and one by one said to him, “Surely not I?” 20 He said to them, “It is one of the twelve, one who dips his hand with me into the bowl. 21 For the Son of Man will go as it is written about him, but woe to that man by whom the Son of Man is betrayed! It would be better for him if he had never been born.”

22 While they were eating, he took bread, and after giving thanks he broke it, gave it to them, and said, “Take it. This is my body.” 23 And after taking the cup and giving thanks, he gave it to them, and they all drank from it. 24 He said to them, “This is my blood, the blood of the covenant, that is poured out for many. 25 I tell you the truth, I will no longer drink of the fruit of the vine until that day when I drink it new in the kingdom of God.” 26 After singing a hymn, they went out to the Mount of Olives.

The cloak and dagger atmosphere portrayed by the details of Jesus’ discretion in arranging a room for a “group Passover” may be an accurate memory of his last days in Jerusalem, when he was being hunted by the authorities. It is used by Mark to remind the reader of Jesus’ mastery of all difficulties and of his determination to eat the Passover meal with his disciples.

Gently enough, Mark is also pointing to his theological understanding of Jesus’ suffering and death. It’ s the day when the Passover lambs were sacrificed. Passover precedes the exodus from the place of slavery. The death of the lamb means that the angel of death will pass over the house whose lintel bears its blood, so the lamb, and the one identified with the lamb, can be seen as the means by which a people is set free from death. The language of “blood and covenant” comes from the ancient habit of ratifying an agreement with sacrifice. In this case, Jesus’ blood, that is, his life is poured out to confirm God’s agreement, which is the Mosaic covenant extended to “many” that is, all nations: “I will be your God; and you will be my people.”

In Mark’s version this covenant is symbolically ratified at the supper by Jesus and his disciples on behalf of the “many”, the new humanity. Jesus himself will lead the exodus into the freedom of God’s kingdom. The unexpected word in this context is “This is my body”. That’s new. Nothing in the sacrificial tradition prepares the reader for this word of Jesus for he identifies himself here with the unleavened bread of the Passover. Mark trusts the reader to remember the stories of the feeding of the 5000 and the 4000 in which Jesus’ words and actions are presented as the true sustenance of both Jews and gentiles; as opposed to the “leaven of the Pharisees and Herodians”. This last phrase characterises the arrogance of religious and secular power, which indeed combine to crucify Jesus. The writer of John’s gospel makes a profound interpretation of “This is my body” when he has Jesus say ” I am the bread of life”.

Notice that in Mark’s account Jesus does not tell his disciples to “do this in memory of me.” Nevertheless, I think his account assumes that the church observes “the supper of Jesus”, even if it had not yet become “holy communion.”

Sacramentalism, which asserts that the mere performance of the communion rite has power; and anti-sacramentalism which denies that even faithful performance of it has power, are both mistaken in the light of Mark’s account. The real sacrifice is not in the supper; it happens on Golgotha; and the real exodus happens in the lives of disciples who follow Jesus out of the rule of human powers into the rule of God; on which journey they feed on Jesus, the bread of life. But the supper has power as a joyful enactment of the covenant that will sustain disciples through life and death. My own church’s tradition of communion, which is basically Calvinist, seems to me to have found a sensible way between the gobbledygook of transubstantiation and the rationalism which treats it as “naked and bare signs”. (I would say that, wouldn’t I?)

In the gospels Jesus never becomes a mere instrument of salvation; he is always the human son of God, engaged in practical arrangements, dipping his hand into the bowl, lamenting the fate of his betrayer. He is the Son of Man, the figure from the book of Daniel, representing the saints of the Most High who will establish a humane kingdom in place of the brutalities of worldly power.(Daniel 7: 13,14)

Sometimes it seems that the simpler the gospel story gets, as in the story of Jesus’ death, the more it contains multiple references to Jewish scripture and tradition. That’s because the first Christian believers found in the common realities of Jesus’ life and death everything their Jewish faith had taught them to hope for.