POPE DENOUNCES IDOLATRY OF MONEY AND IS WELCOMED BY YOUNG PEOPLE 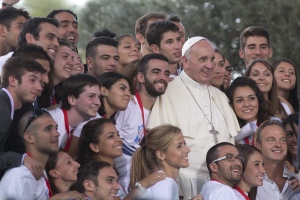 24 “No one can be loyal to two masters. He is bound to hate one and love the other, or support one and despise the other. You cannot serve God and the power of money at the same time.”

This teaching is clear and yet it has been wilfully distorted throughout Christian history by people who want to mitigate its severity. Jesus attacks wealth ( piled up  treasure on earth), not merely the use of wealth but wealth itself. For wealth demands a person’s allegiance although its continued existence is threatened (by moth rust and thieves). Heart and treasure go together, Jesus says, so better gain “treasure in heaven”, namely, the shared life of God’s children. 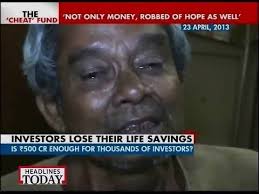 This is very radical teaching: the nature of our accumulation determines our attitude. Accumulation of goods and monies on the one hand, or of generous actions on the other determines our desires and our destiny. Wealthy philanthropists are not justified by this teaching.

The words about the “eye” are another way of putting this same teaching: our fundamental perspective on life determines who we are. If our “eye” is set on worldly wealth or power, our whole life will be unsound.

Both “treasure” and “eye” are images of my love; I cannot, not matter how hard I try, love God and money at the same time. These dangerous words cut like a two-edged sword and skewer my true atheism, which is not intellectual doubt of God’s existence but denial of God by my worship of wealth.

10-11 To those who are already married my command, or rather, the Lord’s command, is that the wife should not leave her husband. But if she is separated from him she should either remain unattached or else be reconciled to her husband. A husband is not, in similar circumstances, to divorce his wife.

Advice over marriage between Christian and pagan

12-14 To other people my advice (though this is not a divine command) is this. For a brother who has a non-Christian wife who is willing to live with him he should not divorce her. A wife in a similar position should not divorce her husband. For the unbelieving husband is, in a sense, consecrated by being joined to the person of his wife; the unbelieving wife is similarly “consecrated” by the Christian brother she has married. If this were not so then your children would bear the stains of paganism, whereas they are actually consecrated to God.

15-16 But if the unbelieving partner decides to separate, then let there be a separation. The Christian partner need not consider himself bound in such cases. Yet God has called us to live in peace, and after all how can you, who are a wife, know whether you will be able to save your husband or not? And the same applies to you who are a husband.

17 I merely add to the above that each man should live his life with the gifts that God has given him and in the condition in which God has called him. This is the rule I lay down in all the churches.

18-24 For example, if a man was circumcised when God called him he should not attempt to remove the sign of his circumcision. If on the other hand he was uncircumcised he should not become circumcised. Being circumcised or not being circumcised, what do they matter? The great thing is to obey the orders of Almighty God. Everyone should stick to the calling in which he heard the call of God. Were you a slave when you heard the call? Don’t let that worry you, though if you find an opportunity to become free you had better take it. But a slave who is called to life in Christ is set free in the eyes of God. And a man who was free when God called him becomes a slave—to Christ himself! You have been redeemed, at tremendous cost; don’t therefore sell yourselves as slaves to men! My brothers, let every one of us continue to live his life with God in the state in which he was when he was called,

The issue behind Paul’s words is that new converts, filled with enthusiasm for their new life and believing that the second coming of Jesus was at hand, were ready to break all worldly ties, including their marriages. To this ruthless salvationism Paul opposes first of all the command of Jesus forbidding divorce; and then his own argument that believing partners may “consecrate” the unbelieving partner and indeed their children. Faith must not be used as an excuse for breaking up households. 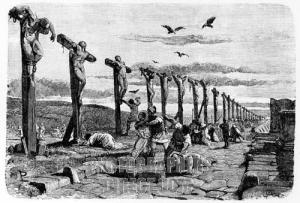 defeated slave rebels crucified in the Via Appia

But households also included slaves. Slavery was the most common means of livelihood ij the ancient world. Perhaps many slaves rightly felt that their dignity as children of Gd was compromised by their condition as slaves. Paul, notoriously, urges caution. He argues that legal status is already undermined in the Christian community, where all are equally set free from evil to become slaves of God’s goodness. He urges converts to remain as they were when God called them. Faith brings a fundamental change in a person’s self – estimation and status in the Christian community, but not in his legal status or how he is regarded in civil society.

We are inclined to think that this argument is a cop-out. After all, Paul was not a slave, and had never been a slave, and therefore could not claim an intimate understanding of this matter. His concern was that the Christian community should not be identified with social and political revolution. From the point of view of the survival of the church, Paul may have been right, even if his type of argument helped the church excuse involvement in slavery for seventeen more centuries. He would have argued (and perhaps many Christian slaves would have agreed with him) that the shared life of the believing community was revolution enough.