16 “To what should I compare this generation? They are like children sitting in the marketplaces who call out to one another,

Matthew reports Jesus mocking his disbelieving contemporaries by comparing them to children who won’t play at either weddings of funerals. They criticised John Baptist for being too gloomy and 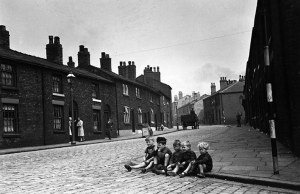 Jesus for being too happy. The wisdom Jesus refers to is God’s wisdom often personified as a woman in the Hebrew tradition. She shows who she is by what her followers do, and needs no approval from fools.

But her follower Jesus has shown her character in his compassionate healings, and all to no avail as few people have responded with faith. So Jesus humorously compares them to the great cities of the plain, Sodom and Gomorrah, by-words for corruption and God’s terrible judgment upon them. At least I think it’s humour. Probably Matthew did not know (he may not ever have been in Palestine) that Jesus was talking about dusty Galilean hamlets. Jesus is saying something like this, “Don’t imagine because you’re very small villages and you see me as just a local healer, that nothing important is happening here. This is God’s decisive call to you and if you don’t heed it you may find yourself sharing a pit with Sodom and Gomorrah.”

The use of disproportion is a characteristic of Jesus’ humour. Think of his words about specks of dust and planks of wood in peoples’ eyes, or God’s equal care of sparrows and human beings or the difference between the mustard seed and the fully-grown plant. It is a humour that may be based on the disproportion between his own frail humanity and the mission he has been given as God’s “son”; or between the insignificance of Galilee and the  world-shaking rule of God which has arrived there. It is a disproportion which is very near the heart of the Christian Gospel, as for example summed up in Paul’s phrase, “We believe in a crucified Messiah, offensive to Jews and nonsensical to Greeks.

cities of the plain

The offer of God’s rescue comes to people as they are and where they are, in the midst of the apparent trivialities of everyday existence. If they are careless they can easily miss it. As Paul says, “Look, now is the appointed time, now is the day of deliverance!” The disproportion exists because this moment can be the point of intersection of the timeless with time, the encounter of the eternal God with mortal creatures. It is not the impossible demand that we accommodate our poor selves to God, but rather the impossible grace by which God accommodates his unimaginable greatness to us.

Tags: Jesus' jokes, NOW is the day of salvation, Sodom and Gomorrah