PERONISM FIGHTS FOR POWER IN ARGENTINA

15 Now when Jesus learned of this, he went away from there. Great crowds followed him, and he healed them all. 16 But he sternly warned them not to make him known. 17 This fulfilled what was spoken by Isaiah the prophet:

18 “Here is my servant whom I have chosen,
the one I love, in whom I take great delight.
I will put my Spirit on him, and he will proclaim justice to the nations.
19 He will not quarrel or cry out,
nor will anyone hear his voice in the streets.
20 He will not break a bruised reed or extinguish a smoldering wick,
until he brings justice to victory.
21 And in his name the Gentiles will hope.”

Jesus rejected all demagoguery and advertising. Those who automatically assume that anything successful requires the oxygen of publicity will find this strange. Surely a good PR man might have prevented the debacle of the crucifixion? Well, yes, probably. Although Jesus’ ministry proceeded by persuasion he refused to persuade other than by the evidence of his healing and teaching. Here he is reported as discouraging even second- hand persuasion; people have to hear and see for themselves.

Matthew sees this restraint of Jesus as an essential part of his revelation. He acts and speaks out of love for people and not for the reputation he might gain. He wants to banish all bullshit. Matthew finds the seed of this integrity in the prophecy of the one whom scholars know as “The Second Isaiah” the preacher behind chapter 40-55 of Isaiah, who lived in the time of the return from Babylonian exile in the 6th century BCE. In the so-called “Songs of the Servant” the prophet sets out the mission and character of a ideal servant who is both one and many, an individual who is also the true Israel.

“God has chosen and delights in his servant (the same delight as is expressed in the account of Jesus baptism, “You are my son the beloved, I am delighted in you.”).  The servant is inspired by God’s spirit to “proclaim justice to the nations”, that is, to show by his ministry a justice that is for all and not just for Israel. The servant will be no demagogue, setting out his stall in the streets like a salesman or politician. Instead he will work by gentleness towards the wounded and the broken until justice prevails. In his name, that is, in his character as the beloved of God, all peoples will find hope of healing and justice.” 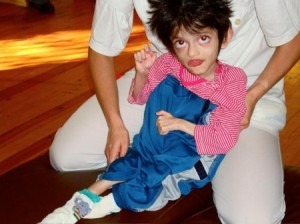 Matthew especially amongst the gospel writers quotes this prophet as pointing to Jesus, but it’s reasonable to imagine that Jesus himself would have known and been influenced by the “Songs of the Servant”. The way of Jesus which refuses shortcuts and proceeds only by doing the good that can be done, by offering healing and speaking truth, is a hard way, because it does not build up a spurious popularity that might provide shelter from the defenders of disease and the peddlers of lies. That’s why Jesus urged disciples to count the cost and carry the cross.

This model of evangelism deserves more attention from the churches.

Tags: advertising is not evangelism, banish the bullshit, gentleness to the wounded