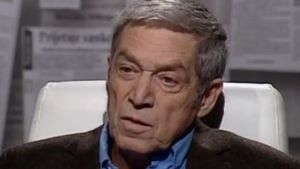 22 When they gathered together in Galilee, Jesus told them, “The Son of Man is going to be betrayed into the hands of men. 23 They will kill him, and on the third day he will be raised.” And they became greatly distressed.

24 After they arrived in Capernaum, the collectors of the temple tax came to Peter and said, “Your teacher pays the double drachma tax, doesn’t he?” 25 He said, “Yes.” When Peter came into the house, Jesus spoke to him first, “What do you think, Simon? From whom do earthly kings collect tolls or taxes—from their sons or from foreigners?” 26 After he said, “From foreigners,” Jesus said to him, “Then the sons are free. 27 But so that we don’t offend them, go to the lake and throw out a hook. Take the first fish that comes up, and when you open its mouth, you will find a four drachma coin. Take that and give it to them for me and you.”

In context this is a piece of light relief. The two drachma tax was often paid by two people with the Syrian Stater worth four drachmas. Doubtless this was the coin to be found in the fish’s mouth. Perhaps a very large and prestigious lake fish could have been sold for this money, but most likely several good-sized tilapia (Peter’s Fish)  would have been required. In this sense every fish carries a coin in its mouth. The children of God go free into the temple even when they pay the tax with the bounty God provides. In fact. only the children of God recognise that all their goods are gifts of the father, just as all their possessions, even life itself, are offerings to the father. The humorous, Zen-like, atmosphere of this story reminds the reader of the intimacy of the son with the father who has asked him to face rejection and death. There is playfulness as well as profundity in this relationship.