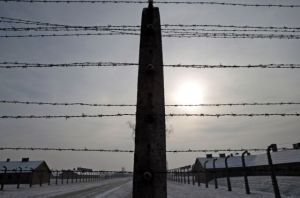 31-32 Again the Jews reached for stones to stone him to death, but Jesus answered them, “I have shown you many good things from the Father—for which of these do you intend to stone me?”

33 “We’re not going to stone you for any good things,” replied the Jews, “but for blasphemy: because you, who are only a man, are making yourself out to be God.”

34-38 “Is it not written in your own Law,” replied Jesus, “‘I have said you are gods’? And if he called these men ‘gods’ to whom the word of God came (and the scripture cannot be broken), can you say to the one whom the Father has consecrated and sent into the world, ‘You are blaspheming’ because I said, ‘I am the Son of God’? If I fail to do what my Father does, then do not believe me. But if I do, even though you have no faith in me personally, then believe in the things that I do. Then you may come to know and realise that the Father is in me and I am in the Father.”

39 And again they tried to arrest him, but he moved out of their reach.

40-41 Then Jesus went off again across the Jordan to the place where John had first baptised and there he stayed. A great many people came to him, and said, “John never gave us any sign but all that he said about this man was true.”

42 And in that place many believed in him. 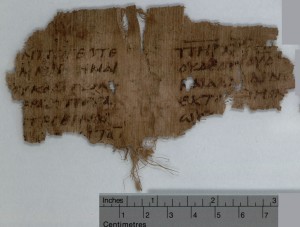 I wonder if the defence Jesus makes here of his being Son of God would answer the kind of criticisms made by Islam of the doctrine of the Trinity? Islam calls this doctrine, “giving partners to Allah” and condemns those who teach it to everlasting punishment.

Certainly the words John gives to Jesus are not to be interpreted in the light of a doctrine which was formulated much later in the history of the early church. Jesus defends his divine sonship by his actions. Even his opponents have to admit that these are good. It’s not his actions  but his claim to be God’s Son that they reject. They accuse him of “giving a partner to God.” Jesus rebuts this by pointing to a verse of the psalms which describes human beings as “Gods” (perhaps itself a reflection of the Genesis story in which human are made in the likeness of God); then challenges his opponents to trust him because of what he does, namely, “good things from the Father”. God’s goodness flows through him and abides in him, while he abides in God.

This doesn’t mess around with a doctrine of “one substance with the Father” but sets out a relationship which is personal and operational. The Father and his Son Jesus are bound together in mutual love, while the Son carries out the Father’s work in the world. Nevertheless, there is not a chink of separation here: The Son cannot be the Son unless he perfectly expresses the Father’s will; and the Father cannot be the Father unless he acknowledges his Son’s deeds and words. In the Son the Father no longer remains at a distance from his creatures, but approaches them in love. This teaching challenges Islamic (and Judaic) theology in ways that cannot be dismissed as Trinitarian. 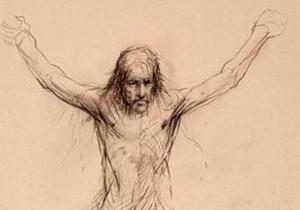 If a global  capitalism has left no meaningful place for “God”, we may find that, rather than relating Jesus to a God we already know, we can respond to Jesus’ story by imagining God, afresh. What is God if God and Jesus are one?

Tags: Goodness flows through Jesus, I and the Father are one, making partners for God