Sexual Immorality Must Be Judged

9 I wrote to you in my letter not to associate with sexually immoral persons— 10 not at all meaning the immoral of this world, or the greedy and robbers, or idolaters, since you would then need to go out of the world. 11 But now I am writing to you not to associate with anyone who bears the name of brother or sister[a] who is sexually immoral or greedy, or is an idolater, reviler, drunkard, or robber. Do not even eat with such a one. 12 For what have I to do with judging those outside? Is it not those who are inside that you are to judge? 13 God will judge those outside. ‘Drive out the wicked person from among you.’

6 When any of you has a grievance against another, do you dare to take it to court before the unrighteous, instead of taking it before the saints? 2 Do you not know that the saints will judge the world? And if the world is to be judged by you, are you incompetent to try trivial cases? 3 Do you not know that we are to judge angels—to say nothing of ordinary matters? 4 If you have ordinary cases, then, do you appoint as judges those who have no standing in the church? 5 I say this to your shame. Can it be that there is no one among you wise enough to decide between one believer[b] and another, 6 but a believer[c] goes to court against a believer[d]—and before unbelievers at that?

9 Do you not know that wrongdoers will not inherit the kingdom of God? Do not be deceived! Fornicators, idolaters, adulterers, male prostitutes, sodomites, 10 thieves, the greedy, drunkards, revilers, robbers—none of these will inherit the kingdom of God. 11 And this is what some of you used to be. But you were washed, you were sanctified, you were justified in the name of the Lord Jesus Christ and in the Spirit of our God.

Paul here refers to a letter which has not survived and which was perhaps deliberately misinterpreted by some Corinthians. He emphasises that his command to avoid association with unrepentantly sinful people was not meant to apply to society as a whole but simply to the church community. In this passage it’s evident that Paul’s morality is not at all permissive. His Jewish inheritance leads him to condemn behaviour forbidden by the Torah. He preached indeed that Torah obedience does not rescue a person from sin; but he is clear that disobedience to Torah is sinful. In spite of his radical message of God’s rescuing love through Jesus Messiah, his view of right and wrong is solidly conventional. The commands of God as understood by his Rabbinical teachers are his basic morality. There are obligations which he derives from the gospel of Jesus, such as his ban on taking fellow Christians to court, that issue from his view of the believing community as united with Jesus; but these are to be observed in addition to Torah. 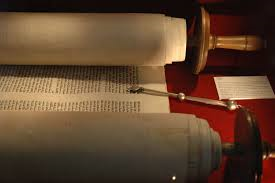 This moral conservatism of Paul is quite clear in this letter where it is placed against the permissive spirituality of some Corinthians. Members of the Jewish diaspora in Greek lands viewed Greek sexual morality as especially depraved; while Greek writers note their admiration of the sexual morality of the Jewish communities. Paul’s list of those who will not enter the kingdom of God  (unless they change) in 6: 9-10 above is an expression of Torah morality. It insists that certain kinds of action exclude a person from the world to come, unless the person seeks forgiveness and amendment of life. The list has become a battle ground in the current church debate on sexual orientation, with some believers insisting that the terms Paul uses apply only to pederasty and male prostitution, while conservative evangelicals insist that at least one of terms used means refers to male homosexuality in general. Doubtless if Paul had known that his hastily written letter would be subject to close examination 20 centuries later, he would have defined his terms more clearly!

I’ve read much of the argument and have concluded that the translation above is reasonable. The Greek “malakos” probably refers to male prostitutes, while the Greek arsenokoites almost certainly is Paul’s coinage, derived from the Greek translation of Leviticus which prohibits “lying with” (koites) a male (arsen). “Sodomite” is a slightly archaic translation, having the specific meaning in English of “a person who has anal sex”.  A later writer in Greek condemns women who have “arsenokoites” with men. I think Paul was saying that homosexual behaviour, as known to him, was contrary to the command of God. Whether we take this as applying to faithful same-sex partnerships in modern society is our decision. Paul would have had no knowledge of such relationships. He would have seen all homosexual behaviour as outside of the kind of faithful partnerships required by God.

Others will argue that the lack of faithfulness is only one element in Paul’s condemnation and that there is evidence he considered same-sex intercourse to be unnatural. There is another major debate on this matter and my judgement is he probably did think so.

So I’m left with my own conclusion that  Paul probably viewed the forms of homosexual behaviour known to him as wrong, because they were casual or exploitative; and also because they were contrary to the Creator’s purpose in nature. I can’t be sure of this because Paul didn’t address the issue often, and when he did, only in passing. We do not have his developed thought on this matter.

I, on the other hand, accept that modern sciences have shown sexual orientation to be not a life-style choice but innate. It may have a genetic underpinning. But could we have a sexual orientation that we should learn not to express in our behaviour towards others? In the UK we’ve just been reminded that in the 1970’s a paedophile organisation tried to have sexual activity with “consenting” children legalised. They saw their orientation as innate and natural to them. On what grounds would we judge this to be perverse? First and foremost we would insist that any such relationship is utterly exploitative, but most people would also see the desire itself as unnatural or as the “perversion” (turning awry) of “normal” sexual orientation. We would hope that paedophiles could be “cured” and set free to live more “naturally”.

I am not hinting that homosexual orientation might be “cured”; but rather questioning the logic which says that if we’re born with it, we have a right to express it. We seem to be born with a fight/flight response to a perceived threat but we learn for the sake of peacefulness to curb the one, and for the sake of courage to curb the other. If we are struck on one cheek we are to turn the other. What we regard as the best human behaviour is not natural but part of our journey towards a goodness we are not born with. For this reason I am not happy with the “argument from innate orientation” and would not use it myself.

I think Paul is wrong in his condemnation because I know homosexual couples of both sexes whose partnerships are models of love and faithfulness. The goodness of their lives is sufficient refutation of Paul’s view, a refutation he might have accepted if such partnerships had been known to him. God is surely more concerned with the quality of relationships than the sex of the partners. As Paul himself noted, “in Messiah Jesus there is neither male nor female…”

I’ve been dealing with scripture as a guide for Christian living. In the first instance I’ve tried to interpret the text with the aid of the scholars of the world church. I have resisted the temptation to interpret in a way that suits my own convictions. I have tried to understand the context in which it was written before determining its usefulness for my own context. The Holy Spirit has directed me to some facts, for the facts are friendly; God is in the facts. I have noted the scientific fact that sexual orientation is innate, and the more important fact of the goodness of many same sex partnerships which demonstrate that these orientations can be developed into dwelling places of God’s love. Paul’s word may have been right for his time and place but wrong for ours. Scripture can only be a word of God when it witnesses to The Word of God, namely Jesus. Like him it is a human word, spoken to its original context, and only becomes contemporary with us when, like him, it is raised to new life by the power of the Spirit.