“THE WORST FIRE EVER IN VALPARAISO”

Jesus tells a story, with a pointed application

12 1a Then he began to talk to them in parables.

1b-11 “A man once planted a vineyard,” he said, “fenced it round, dug out the hole for the wine-press and built a watch-tower. Then he let it out to some farm-workers and went abroad. At the end of the season he sent a servant to the tenants to receive his share of the vintage. But they got hold of him, knocked him about and sent him off empty-handed. The owner tried again. He sent another servant to them, but this one they knocked on the head and generally insulted. Once again he sent them another servant, but him they murdered. He sent many others and some they beat up and some they murdered. He had one man left—his own son who was very dear to him. He sent him last of all to the tenants, saying to himself, ‘They will surely respect my own son.’ But they said to each other, ‘This fellow is the future owner—come on, let’s kill him, and the property will be ours! So they got hold of him and murdered him, and threw his body out of the vineyard. What do you suppose the owner of the vineyard is going to do? He will come and destroy the men who were working his vineyard and will hand it over to others. Have you never read this scripture—‘The stone which the builders rejected has become the chief cornerstone. This was the Lord’s doing, and it is marvellous in our eyes?’”

The setting of parable is traditional, dating back at least to the 8th Century BCE and Isaiah chapter 5: Israel is God’s vineyard or vine; and he expects it to be fruitful. In this case, we have in addition the rebellious tenants.

In Jesus society absentee landlords who often owned several estates were deservedly unpopular and might occasionally have aroused tenants to violence. Jesus was taking a risk comparing God to one of these.  The comparison is restricted: God is like the landlord only in his absence and his ultimate power. The tenants may behave as if he doesn’t exist and even murder his son and heir, but the listener knows they are nutters who will shortly be destroyed.

Doubtless Mark saw the target of the story as being the leaders of Israel, who have forgotten that Israel belongs to God.

In our time we may extend its scope to include the human tenancy of the earth. Many people imagine that humanity is the owner of the earth; and anyone who opposes its progress may well be treated as was the landlord’s son and heir, as the fate of indigenous communities in the Amazon and other rainforests bears witness. The purposeful brutality of “This fellow’s the future owner-come on, let’s kill him” is repeated time and again, wherever someone gets in the road of profit. 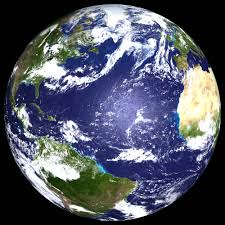 I realise that many people think its crazy to believe in any God; they suggest that for better or worse we are the owners of the planet. The Bible suggests that in spite of good intentions, this view is the beginning of folly. The fear of God is the beginning of wisdom.

Tags: beginning of wisdom, fear of the Lord, owners of the earth