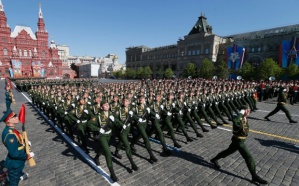 10 And he said to me, “Son of man, take all my words that I speak to you to heart and listen carefully. 11 Go to the exiles, to your fellow countrymen, and speak to them—say to them, ‘This is what the sovereign Lord says,’ whether they pay attention or not.”

Ezekiel Before the Exiles

12 Then a wind lifted me up and I heard a great rumbling sound behind me as the glory of the Lord rose from its place, 13 and the sound of the living beings’ wings brushing against each other, and the sound of the wheels alongside them, a great rumbling sound. 14 A wind lifted me up and carried me away. I went bitterly, my spirit full of fury, and the hand of the Lord rested powerfully on me. 15 I came to the exiles at Tel Abib, who lived by the Kebar River. I sat dumbfounded among them there, where they were living, for seven days.

16 At the end of seven days the word of the Lord came to me: 17 “Son of man, I have appointed you a watchman for the house of Israel. Whenever you hear a word from my mouth, you must give them a warning from me. 18 When I say to the wicked, “You will certainly die,” and you do not warn him—you do not speak out to warn the wicked to turn from his wicked deed and wicked lifestyle so that he may live—that wicked person will die for his iniquity, but I will hold you accountable for his death. 19 But as for you, if you warn the wicked and he does not turn from his wicked deed and from his wicked lifestyle, he will die for his iniquity but you will have saved your own life.

24 Then a wind came into me and stood me on my feet. The Lord spoke to me and said, “Go shut yourself in your house. 25 As for you, son of man, they will put ropes on you and tie you up with them, so you cannot go out among them. 26 I will make your tongue stick to the roof of your mouth so that you will be silent and unable to reprove them, for they are a rebellious house. 27 But when I speak with you, I will loosen your tongue and you must say to them, ‘This is what the sovereign Lord says.’ Those who listen will listen, but the indifferent will refuse, for they are a rebellious house.” 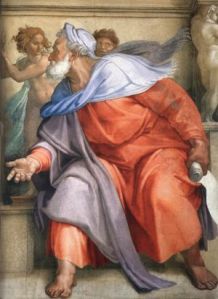 If you’re reading the passage above, remember that someone is telling a story. An author, possibly the prophet himself or maybe one of his disciples, is telling the story of the prophet called Ezekiel, said to be a Jewish priest in exile with many of his fellow Jews in Babylon, whose armies had conquered and destroyed the city of Jerusalem and its temple. This event, which involved  the leading families of Israel/ Judah, became the central event of its religion, around which all its sacred stories, laws and prophecies were given a place in their scriptures. The pattern derived from the experience of exile was: 1 God’s choice of the people as his beloved and his gift of his Law to them. 2. The people’s rebellion against their own God and their disobedience to his Law. 3. God’s punishment of his people in the humiliation and grief of exile. 4. God’s restoration of his people, their return to Israel, and the renewal of their status as beloved of God. This pattern has influenced the content of Ezekiel’s prophecies and the way they were presented by the editors of scripture.

With all of that, still the strangeness of Ezekiel’s character shines through. He says he travels spirit journeys which cover real miles. Is this an expression of his experience as a prophet, or is it an author’s way of giving his main character the trappings associated with old time prophets, like Elijah? We cannot be sure, but for me something authentically personal and bizarre is at the root of this writing.

The Lord who speaks to this prophet is a bit of nark. Not content with sending his people into exile he wants to justify his anger by reminding them of their sins.There is a difference, however. Formerly God’s punishment had been directed at the people as a whole whereas now it  focuses on individuals also. Individual responsibility before God is a strong emphasis in Ezekiel, whose own prophetic calling places him in the sin-bin if he fails to warn against wrongdoing. Such a tough God requires a tough spokesman. Ezekiel will be given a hard head so that he can deliver God’s Glasgow kiss to his listeners. But there is something genuinely strange and impressive in the picture of a prophet stoked up with sorrow and anger being made to sit bursting for seven days amongst his exiled people before being authorised to speak to them; and even then forceably detained and rendered dumb until the Lord gives him a message: he is not speak his own words but the Lord’s only. 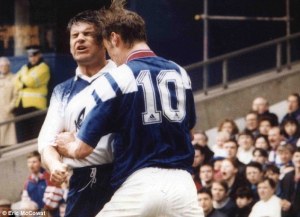 Of course some historical scholarship is needed to understand this book. But its interpretation should not be left to scholars who may have difficulty in understanding a character for whom the Lord is a passionate presence, a fire in his guts. What would it be like to feel yourself addressed by a dry whisper from beyond the edges of the universe? To know yourself afresh as a “son (or daughter) of man (or woman)” because you were faced by One who was not man or woman? This is the point of the imagery of the divine chariot, the living beings with wings, the wheels. All these elements are from the tradition of Israel’s faith, as Ezekiel’s beliefs also were. But here they come alive, they move, they challenge, just as the prophet’s beliefs cease to be mere tradition and become a provocative public drama.

Our response to Ezekiel should not be trivialised by questions of whether we agree with his picture of God’s penal policy – of course we don’t – but should grab what Joan Armatrading would call the “soul-food” offered by the sorrow, rage and humour of this writing.