This blog offers a meditation on the CommonLectionary daily readings along with a headline from world news:

21 From that time on, Jesus began making it clear to his disciples that he had to go to Jerusalem and endure much suffering at the hands of the elders, the head priests and the Torah-teachers; and that he had to be put to death; but that on the third day, he had to be raised to life. 22 Peter took him aside and began rebuking him, “Heaven be merciful, Lord! By no means will this happen to you!” 23 But Jesus turned his back on Peter, saying, “Get behind me, Satan! You are an obstacle in my path, because your thinking is from a human perspective, not from God’s perspective!”

24 Then Jesus told his disciples, “If anyone wants to come after me, let him say ‘No’ to himself, take up his execution-stake, and keep following me. 25 For whoever wants to save his own life will destroy it, but whoever destroys his life for my sake will find it. 26 What good will it do someone if he gains the whole world but forfeits his life? Or, what can a person give in exchange for his life? 27 For the Son of Man will come in his Father’s glory, with his angels; and then he will repay everyone according to his conduct. 28 Yes! I tell you that there are some people standing here who will not experience death until they see the Son of Man coming in his Kingdom!”

This passage matches the one one I looked at yesterday in which Jesus blesses Peter for having declared him Messiah and Son of God. He tells Peter that this insight comes from God and not from his human ability. Now, when Jesus spells out the meaning of his divine sonship, Peter tries to contradict him, showing that he has not understoof his own insight; and Jesus, who had called Peter a rock of faith now calls him a “rock that causes someone to stumble”, an obstacle in his way, and assigns him to the Enemy. He tells him that on this occasion his thinking is from a purely human perspective. 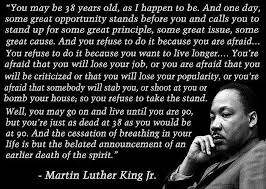 From God’s perspective, Jesus says, the way of God’s son involves “taking up his execution-stake”. This is a good translation of “cross” because it’s clear that it means punishment for having opposed the Roman power, rather than the bearing of personal misfortune or suffering. It’s the mark of a rebel. Even though Jesus was utterly non-violent his claim to being God’s king for his people was bound to bring him a Roman death. Jesus’ instructions would have been banned under Health and Safety rules: trying to protect your life is destructive whereas risking your life protects it. This only makes sense in the prsepctive of God’s new world which Jesus will inaugurate in his role as “Son of Man”, the leader of God’s holy people.

And there’s the problem! Did Jesus believe that God’s Rule would arrive on earth in the lifetime of sone of his disciples? It looks like it, and if so, was he wrong? Yes, I think he did expect God’s Rule to break into the course of history, and we might judge him to have been wrong. But perhaps that judgement comes from our human perspective. Maybe, as at least some of the gospel writers thought, Jesus’ resurrection is “the Son of Man coming in his kingdom”, which is not imposed on people like an earthly empire, but offered through the gospel. That would mean that wherever people “take up their execution stake” and follow the crucified and risen Jesus, the kingdom arrives, as if this world were momentarily transparent to the world- to- come. We can see this in saints like Martin Luther King but also in the quiet refusal of one Sudanese woman, Meriam Jahya Ibrahim, to abandon her faith when threatened with death by the Sudanese authorities. (If you have not signed the online petition on “Change” for Meriam, please do so.)

Jesus was not telling his disciples to be miserable or avoid pleasure; he was telling them to be ready for the tests that might come to them as they come to us all.  I always wonder, when I read stories such as Meriam’s, what would I do? Would I be ready? Maybe if I ws given some warning I might be able to steady my heart, but if it came suddenly, wouldn’t I “try to save my own life?” A long training in saying “no,” to oneself is needed if we’re to be ready for the crucial decsions of discipleship.

Tags: Get behind me Satan, readiness for sacrifice, taking up the execution-stake (cross)