This blog offers a meditation on the Comon Lectionary daily reading along with a headline from world news:

31 Jesus said (to the Pharisees and teachers f the Law), If I bear testimony to myself, my testimony is not trustworthy; 32 it is another who bears testimony to me, and I know that the testimony which he bears to me is trustworthy. 33 You have yourselves sent to John, and he has testified to the truth. 34 But the testimony which I receive is not from people; I am saying this for your salvation. 35 He was the ‘Lamp that was burning’ and shining, and you were ready to rejoice, for a time, in his light. 36 But the testimony which I have is of greater weight than John’s; for the work that the Father has given me to carry out — the work that I am doing — is in itself proof that the Father has sent me as his messenger. 37 The Father who has sent me has himself borne testimony to me. You have neither listened to his voice, not seen his form; 38 and you have not taken his message home to your hearts, because you do not believe him whom he sent as his messenger. 39 You search the scriptures, because you think that you find in them immortal life;and, though it is those scriptures that bear testimony to me, 40 you refuse to come to me to have life.

41 I do not receive honor from people, 42 but I know this of you, that you have not the love of God in your hearts. 43 I have come in my Father’s name, and you do not receive me; if another comes in his own name, you will receive him. 44 How can you believe in me, when you receive honor from one another and do not desire the honor which comes from the only God? 45 Do not think that I will accuse you to the Father; your accuser is Moses, on whom you have been resting your hopes. 46 For, had you believed Moses, you would have believed me, for it was of me that Moses wrote; 47 but, if you do not believe his writings, how will you believe my teaching?” 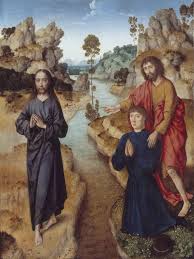 The reader has to remember that this gospel is John’s composition and expresses its author’s theology. Here he sets out his veiw of the relationship between faith in Jesus and the faith of the Jewish teachers.

In effect Jesus says that his work, that is, his actions and words, needs no supporting testimony from anyone because the Jewish scriptures point to these very words and actions as the work of God’s Messiah and Servant. If the religious leaders understood their own scriptures, they would trust Jesus. Even if they simply obeyed the great commandment to love God, they would know that Jesus had come in the Father’s name. The first of the prophets, Moses, and the last, John the Baptist both point to this ministry of God’s Messiah.

The gospels are united in their insistence that Jesus did not see his ministry as contrary to the faith of his people but rather as the promised fulfilment of it. This fulfilment is not a doctrine but the gift of everlasting life, that is, life of eternal qulaity, abundant life, which is like a spring of living water. Jesus’ opponents are refusing this life because it scares them. Such freely- given life disrupts the carefully constructed religious power by which they exercise authority. Their authority rests on a societal system of “honour” by which backs are scrtached and favours given. How could it survive if God starts pouring out the gift of life on all and sundry? . 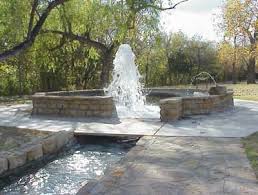 The history of the Christian Church shows the church always in danger of hardening into a system of worldly honour and authority were it not disrupted from time to time but upwellings of “eternal life” through individuals and groups who know the “honour” of receiving God’s goodness in their own lives. Of course the church is an institution, and as such liable to institutional corruption. Its survival from generation to generation requires that it be an institution; and it therefore is “ecclesia semper reformanda”, a church always needing to be reformed. That reformation comes from those who are willing to receive God’s goodness from the hand of Jesus Messiah. I am hopeful that Pope Francis may be such a person.

Tags: God's witness to Jesus, Jesus the fulfilment of Jewish faith, the frightening gift of life