This bog offers a meditation on the Comon Lectionary daily readings along with a headline from  world news:

43 ISRAELI INTELLIGENCE OFFICERS REFUSE IN CONSCIENCE TO SERVE IN PALESTINE 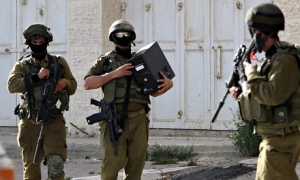 40 I am the Lord All-Powerful,
2 but you have argued
that I am wrong.
Now you must answer me.

6 Then out of the storm
the Lord said to Job:
7 Face me and answer
the questions I ask!
8 Are you trying to prove
that you are innocent
by accusing me of injustice?
9 Do you have a powerful arm
and a thundering voice
that compare with mine?
10 If so, then surround yourself
with glory and majesty.
11 Show your furious anger!
Throw down and crush
12     all who are proud and evil.
13 Wrap them in grave clothes
and bury them together
in the dusty soil.
14 Do this, and I will agree
that you have won
this argument. 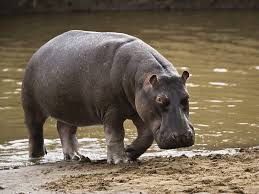 15 I created both you
and the hippopotamus.[a]
It eats only grass like an ox,
16 but look at the mighty muscles
in its body 17 and legs.
Its tail is like a cedar tree,
and its thighs are thick.
18 The bones in its legs
are like bronze or iron.

19 I made it more powerful
than any other creature,
yet I am stronger still.
20 Undisturbed, it eats grass
while the other animals
play nearby.[b]
21 It rests in the shade of trees
along the riverbank
22 or hides among reeds
in the swamp.
23 It remains calm and unafraid
with the Jordan River rushing
and splashing in its face.
24 There is no way to capture
a hippopotamus—
not even by hooking its nose
or blinding its eyes.

There’s a bit of bullying in this passage. The Lord feels he has Job on the run and presses home his advantage: can Job match the kind of power demonstrated by Israel’s God in the exodus from Egypt? This line of argument seems offensive to me-of course God can overpower a mere mortal- but it’s also a reminder of the inhumanity of the God of Job’s faith. His faith envisages a creator God, but then he thinks he can comprehend this God. Here he is reminded that not-human means not-human and will not be comprehensible to humans. 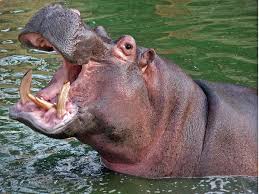 The strangeness of God is further illustrated by the marvellous depiction of two strange animals: the hippo (Chapter 40) and the crocodile (chapter 41). The key phrase in this passage is, ” I created you and the hippopotamus.” God is telling Job that if he thinks he knows God as his own creator, he should reflect on God as the creator of the hippo. The poetry displays the hippo as a brute fact, simply massive in bulk, insuperable in strength, armoured to the teeth, and yet apparently made for a peaceful vegetarian life by the river.

What is it for? Its creation seems to be a gratuitous act, a whim of divine fancy, a stunning display of creative power. The created universe is not the easily comprehensible ordered structure that Job has imagined. The extent of its territory (Job is pointed to the stars), the variety of its life-forms and their needs (can Job feed the ravens?), and the bizarre hugeness of certain creatures (has Job really looked at the ostrich, the crocodile, the hippo, as here), all point towards a creator who is uncomfortably unfamiliar.

The tidy categories of Job’s faith are scrambled by the succession of questions that God puts to him. Yet these questions arise from faith in a creator God. In a sense they are Job’s own questions and are filled, not with transcendental truths, but with perfectly human perceptions of the world. The Lord tells him nothing that he doesn’t know, yet He gives Job something he didn’t have: a vision of the infinite distance bewteen God and humanity which is neverthless an intimate encounter, driving him to his kness yet confirming his stubborn, questioning faith in God’s goodness.

The reader knows that Job has suffered terribly, so how does the drama add up?

Is Job’s suffering explained or justified? No.

Is God’s management of the universe explained and justifed? No.

Is Job in any way responsible for his own suffering? No.

Are the pious theologies of Job’s friends shown to be right? No.

Is God the answer to the questions of life? No, He just asks more questions.

Is Job’s faith in a creator God shown to be right? Yes, but the object of that faith is revealed as stranger and less comforting than he had imagined.The remaining question is: will Job accept this revelation, and if so, why?

Tomorrow I’ll deal with chapter 42 and the epilogue to the drama.

Tags: God is not the answer, Job, the hippo as revelation of God