Today this blog begins a new look at the Lectionary of the Roman Catholic Church. I am not a Roman Catholic but have found this Lectionary to be helpful and challenging. Normally I will use The Gospel for the day along with one ather reading. Readers who want the full text of the readings should download the Universalis App as I have done. I usually add a headline from world news, to remind myself of the context in which I read the scriptures. DAVID HAINES MURDERED BY ISLAMIC STATE 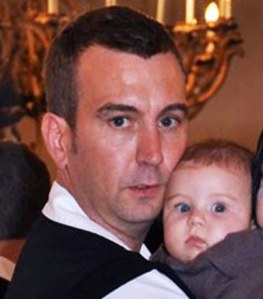 Monday 15 September 2014 Prayer O God, who willed that, when your Son was lifted high on the Cross, his Mother should stand close by and share his suffering, grant that your Church, participating with the Virgin Mary in the Passion of Christ, may merit a share in his Resurrection. Who lives and reigns with you in the unity of the Holy Spirit, one God, for ever and ever. First reading 1 Corinthians 11:17-26,33 On the subject of instructions, I cannot say that you have done well in holding meetings that do you more harm than good. In the first place, I hear that when you all come together as a community, there are separate factions among you, and I half believe it – since there must no doubt be separate groups among you, to distinguish those who are to be trusted. The point is, when you hold these meetings, it is not the Lord’s Supper that you are eating, since when the time comes to eat, everyone is in such a hurry to start his own supper that one person goes hungry while another is getting drunk. Surely you have homes for eating and drinking in? Surely you have enough respect for the community of God not to make poor people embarrassed? What am I to say to you? Congratulate you? I cannot congratulate you on this. For this is what I received from the Lord, and in turn passed on to you: that on the same night that he was betrayed, the Lord Jesus took some bread, and thanked God for it and broke it, and he said, ‘This is my body, which is for you; do this as a memorial of me.’ In the same way he took the cup after supper, and said, ‘This cup is the new covenant in my blood. Whenever you drink it, do this as a memorial of me.’ Until the Lord comes, therefore, every time you eat this bread and drink this cup, you are proclaiming his death. So to sum up, my dear brothers, when you meet for the Meal, wait for one another. Gospel John 19:25-27

Near the cross of Jesus stood his mother and his mother’s sister, Mary the wife of Clopas, and Mary of Magdala. Seeing his mother and the disciple he loved standing near her, Jesus said to his mother, ‘Woman, this is your son. Then to the disciple he said, ‘This is your mother.’ And from that moment the disciple made a place for her in his home. For the Catholic Church this week’s readings provide a focus on Our Lady of Sorrows, that is on the Virgin Mary. Although I consider that calling her Virgin does no honour to the mother of Jesus and her other children, she is an important character in the gospel narratives, which are united in their witness that she was present at her son’s crucifixion, along with other women and maybe one disciple, when all the rest has fled. Loyalty to the crucified Jesus and sharing in his suffering are the general themes of this series of readings, but today’s Gospel has a more specific point. In the command given fron the cross, Mary the human mother of Jesus is given into the care of the beloved disciple who is a symbol of all disciples. He (and they) will care for her and by implication for the humanity of Jesus which will continue to guide the church. At the same time, she, the human mother will become the mother of all disciples, because she has shared the suffering of her son, who has given his life so that there will be new life for all humanity. The gift of new life, in human birth or in “birth from above” is a costly matter. The communication of God’s love in Jesus involves as Paul says, “sharing his sufferings that we may also share his glory”. Paul’s letter to Corinth speaks of the “Lord’s Supper” quoting the tradition he has received that Jesus intended this meal to be a sharing in his body and in the blood of his new covenant. He insists that this sharing cannot be an individual (religious) relationship with the Lord, each person for themselves alone, but must be a costly corporate belonging which involves the surrender of wealth and status for the sake of the covenanted community. Sharing in the body and blood of Jesus means sharing his cross which has put an end to all status, whether religious or worldly. They cannot be united with Jesus while neglecting and insulting the poor. Both texts make the death of Jesus central to faith. Sharing in the life of Jesus means sharing his own active pouring out of that life for others, and also in the suffering which was forced upon him. The sharing cannot be a mere ritual or a spiritual trip. Disciples must stand below the cross with Mary; they must share the body and blood of Jesus as equals in a new community. 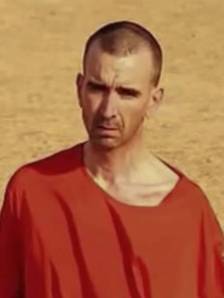 David Haines who has apperently been executed by Islamic State, was an aid worker in Syria. I have no idea about his personal beliefs, but in a more real way than I have ever done, he has shared in the body and blood of Jesus. Mother Mary will more easily recognise him as one of her children than she will me. Perhaps his example can rid us of any sentimental passivity with regard to suffering. David Haines actively put himself in danger; he did not will his death, but rather better life for people in Syria. Just as Jesus did not will his death but rather new life through his ministry for his people. His execution like that of David Haines was a revolting barbarity but also a victory over everything that divides and diminishes humanity.

Tags: David Haines, no fake share in Christ, Our Lady of Sorrows