The readings are from the catholic lectionary for daily mass, while the headlines are chosen to keep my thining realistic 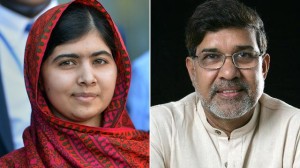 Don’t you see that it is those who rely on faith who are the sons of Abraham? Scripture foresaw that God was going to use faith to justify the pagans, and proclaimed the Good News long ago when Abraham was told: In you all the pagans will be blessed. Those therefore who rely on faith receive the same blessing as Abraham, the man of faith.
On the other hand, those who rely on the keeping of the Law are under a curse, since scripture says: Cursed be everyone who does not persevere in observing everything prescribed in the book of the Law. The Law will not justify anyone in the sight of God, because we are told: the righteous man finds life through faith. The Law is not even based on faith, since we are told: The man who practises these precepts finds life through practising them. Christ redeemed us from the curse of the Law by being cursed for our sake, since scripture says: Cursed be everyone who is hanged on a tree. This was done so that in Christ Jesus the blessing of Abraham might include the pagans, and so that through faith we might receive the promised Spirit.

2. He received a promise from God that peoples would be blessed through him.

3. The Torah Law offers life only to those who can keep it.

4. Righteous people, that is people who belong to God, can find life through faith.

5. This faith comes from Jesus Messiah, who was condemned by the Torah Law and treated as an abomination (cursed), to bring the gospel of God’s love to all human beings.

6. Therefore Torah Law is now set aside, and all people can find life through trust in Jesus.

7. Those who have this faith are the true descendants of Abraham.

Abraham and the divine visitors

Paul is arguing that the Jewish religion points beyond itself to a people of God who will live by faith and not by Torah Law. His Galatain converts have been persuaded by some teachers that they ought to becme true Jews in order to be true Christians. Paul says that their faith already makes them, rather than their teachers, the true children of Abraham.

Paul’s teaching has a double effect: it frees Christian believers from the “one race” narrowness of the Jewsih Torah; and it finds a new way of tying Christian faith to Jewish faith and its bible, because it is the fulfilment of Jewish faith, intended by God. The great wealth of Judaism and its Bible is secured for Christian belivers provided it is all interpreted in the light of Jesus Messiah. We don’t need to agree with Paul’s argumentation to agree with his way of separating and linking the two faith traditions. Judaism today with its emphasis on practice rather than preaching can help correct the besetting sn of Christianity, that of disappearing up its own doctrinal backside; whereas Christian faith can help challenge the besetting sin of Judaism, its racial exclusiveness.

When Jesus had cast out a devil, some of the people said, ‘It is through Beelzebul, the prince of devils, that he casts out devils.’ Others asked him, as a test, for a sign from heaven; but, knowing what they were thinking, he said to them, ‘Every kingdom divided against itself is heading for ruin, and a household divided against itself collapses. So too with Satan: if he is divided against himself, how can his kingdom stand? – Since you assert that it is through Beelzebul that I cast out devils. Now if it is through Beelzebul that I cast out devils, through whom do your own experts cast them out? Let them be your judges then. But if it is through the finger of God that I cast out devils, then know that the kingdom of God has overtaken you. So long as a strong man fully armed guards his own palace, his goods are undisturbed; but when someone stronger than he is attacks and defeats him, the stronger man takes away all the weapons he relied on and shares out his spoil.
‘He who is not with me is against me; and he who does not gather with me scatters.
‘When an unclean spirit goes out of a man it wanders through waterless country looking for a place to rest, and not finding one it says, “I will go back to the home I came from.” But on arrival, finding it swept and tidied, it then goes off and brings seven other spirits more wicked than itself, and they go in and set up house there, so that the man ends up by being worse than he was before.’

Then Jesus gives a profound parable which is often overlooked. People are like houses, Jesus says, they won’t stand 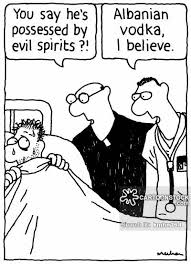 empty for long. So if an evil spirit is evicted from its human house, but the house remans untenanted, it will come back with its pals and establish a destructive squat. If the human house does not welcome the Holy Spirit it wil always be in danger from evil spirits.

This has huge implications for Christian psychology and education. When parents say, “I’m not bringing up my child in faith but letting them choose when they are old enough,” may they not be exposing their child to all manner of harmful influences because his/her spiritual house is empty? Of course, the child may imbibe goodness from the parents and many others, but surely an explicit grasp of the goodness that delights to dwell in us, would be more nourishing?

As far as spiritual growth is concerned, the parable suggests that openness to God’s Spirit is more important than any number of moral principles which can be kept at arm’s length. A child should be encouraged to be open to the Holy Spirit, not only in worship and Bible but through all the “things” that Paul notes in the letter to Philippians:

Through such things, which include the work of Malala and Satyarthi, God comes to dwell in his human houses.