The readings are from the Catholic lectionary for daily mass while the headline is meant to keep my thinking real:

PRAYERS FOR JUSTICE IN FERGUSON MISSOURI AFTER DEATH AT POLICE HANDS

3 John 1:5-8 ©
My friend, you have done faithful work in looking after these brothers, even though they were complete strangers to you. They are a proof to the whole Church of your charity and it would be a very good thing if you could help them on their journey in a way that God would approve. It was entirely for the sake of the name that they set out, without depending on the pagans for anything; it is our duty to welcome men of this sort and contribute our share to their work for the truth.

Here is a tiny snap shot of some Christian Assembly business, perhaps around 120 CE. Some men are travelling on assembly business, they may be missionaries, or an assembly deputation, or a group of regional presbyters. The writer, a presbyter himself,  thinks that Gaius, the addressee of the letter  and his assembly have shown true ecumenical love: it is not a personal affection, but a genuine care based on the common life of the assemblies which is so essential to their existence that the author can use the singular “Assembly” (Church) to include alll believers.

The sense of a new international, multiracial commuity growing peacefully in the midst of the Roman Empire is not an accidental accompaniment of Christian faith, but part of its core. It is not so much a religion as a new way of being human.

In a 2014 world sharply divided by competing national, ethnic and religious groupings this dimension of Christian faith ought to be more evident than it is.

The truth that the writer mentions is the truth of God’s revelation of his love in Jesus Messiah. He is not proclaiming a general truth of reason, but a particular truth derived from a particular history concerning a love that extends to all humanity. But there is an emphasis in the biblical material associated with the name of John -its focus on the mutual love of believers almost to the exclusion of love of neighbour – which leaves me dissatisfied. The dismissive reference in this passage to “pagans” is an example. The assemblies of Jesus Messiah should always offer an advance of love to all people, regardless of belief.
Gospel

Luke 18:1-8 ©
Jesus told his disciples a parable about the need to pray continually and never lose heart. ‘There was a judge in a certain town’ he said ‘who had neither fear of God nor respect for man. In the same town there was a widow who kept on coming to him and saying, “I want justice from you against my enemy!” For a long time he refused, but at last he said to himself, “Maybe I have neither fear of God nor respect for man, but since she keeps pestering me I must give this widow her just rights, or she will persist in coming and worry me to death.”’

And the Lord said ‘You notice what the unjust judge has to say? Now will not God see justice done to his chosen who cry to him day and night even when he delays to help them? I promise you, he will see justice done to them, and done speedily. But when the Son of Man comes, will he find any faith on earth?’ 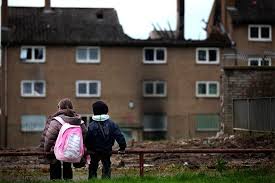 justice for the poor of Scotland?

Jesus didn’t mean the hearer of the parable to identify God and the judge. The implicit argument is this: if an amoral judge is persuaded by persistent appeals, how much more will God the righteous judge respond to his people’s appeal. He will respond through the “Son of Man” the representative of God’s saints, with whom Jesus identified, who comes to establish God’s rule on earth. But Jesus asks, when he returns as Son of Man, will here be anyone still bothering to appeal for justice? Persistent, perhaps even angry appeals for God’s justice are here identified with faith. Faith is not passive acceptance of evil but active opposition to to it. I thought of writing “active, peaceful opposition”, but refrained because maybe Jesus would have preferred even quite forceful opposition to none at all. When injustice ceases to anger us, we may have lost our faith.

Tags: faith means anger at injustice, the new humanity, the parable of the unjust judge