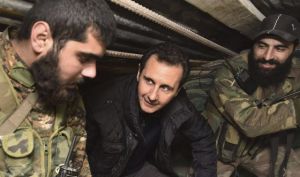 GENESIS 1 (Darby tranlsation amended by me)

26 And God said, Let us make humankind in our image, after our likeness; and let them have dominion over the fish of the sea, and over the birds of the heavens, and over the cattle, and over the whole earth, and over every creeping thing that creeps on the earth.

27 And God created humankind in his image, in the image of God he created it; male and female he created them.

28 And God blessed them; and God said to them, Be fruitful and multiply, and fill the earth, and subdue it; and have dominion over the fish of the sea, and over the birds of the heavens, and over every animal that moves on the earth.

29 And God said, Behold, I have given you every plant producing seed that is on the whole earth, and every tree whose fruit produces seed: it shall be food for you;

31 And God saw everything that he had made, and behold it was very good. And there was evening, and there was morning—the sixth day.

In the 5th cetury BCE,when this passage was probably composed there was no evidence that humankind came into existence after the other forms of life, so we must consider the author’s view as a good guess. Of course, it is part and parcel of the author’s conviction that humankind is qualitatively different from all other forms of life and has a special place in the Creator’s plans.

This special place is described with the words, “image” and “likeness” of God. Gargantuan theological tomes have been written to explain the meaning of these words. Historical scholarship has helped by noting that the god-kings of the ancient middle east used to set up images of themselves throughout their domains as a constant reminder to their subjects and to strangers of their rule. In some cases a digest of the king’s law was inscribed on the monument. In a similar way the author shows God creating humankind as his monument in his world, to exercise his rule and responsibility in it. Human beings are “set over” the other creatures to make sure that God’s blessing of them is effective. Indeed, God’s blessing on human beings is not just, as with the other creatures, that they should reproduce, but also that they should “fill the earth and subdue it.”

The Hebrew words for “dominion” and “subdue” both derive from roots meaning to ” tread upon.” Obviously that may indicate forceful rule, which is how our translations have understood it. But in this context, it may have a more literal sense of “walking upon the earth” indicating a gentle “dominion” and a “subduing” which makes the earth safe for human feet. Be that as it may, there is no doubt that the “image and likeness of God” means primarily that human beings are created with the capacity and obligation of exercising God’s rule on the earth.

Human carnivores may be surprised to note that eating flesh was not part of God’s original plan even for animals. All sentient beings were meant to be vegetarians. We should give this some thought. Obviously the author knew that animals preyed upon each other and that human beings ate flesh. We can presume that he/she knew that predators were well-formed to hunt their prey. In our time we know that predatory animals including human animals evolved in relation to their environment including their prey. So what’s the point of denying obvious facts?

That may alert the reader to other facts obvious to the author, which are denied by this passage. The motion of heavenly bodies is not always “very good”; there are comets that crash on the earth. The movement of the seasons is not without problems; there are droughts and floods. Animals are not always agreeable to human dominion and sometimes object violently. Human beings, forgetting that each one is made in the image of God, kill, main and dominate each other.

I do not think that this account contradicts the theory of evolution; rather it includes the whole story of the origin of species within its stiory. To the extent that human beings are capable of mapping accurately the development of species, to that extent they will be delineating some of what God “lets be” in his beginning. Believers should learn how to tell the story of beginning using the best scientific evidence, as the Genesis author so memorably has done. They should not oppose scientific learning or devise pathetic religious substitutes for science like “Intelligent design”  There are however, interpretations of evolutionary theory, which make unjustifiable assertions about the nature of human beings or of human society. These must be critically examined and exposed for the bad theologies they are.

21 And they go into Capernaum. And straightaway on the sabbath he entered into the synagogue and taught.

22 And they were astonished at his doctrine, for he taught them as having authority, and not as the scribes.

23 And there was in their synagogue a man possessed by an unclean spirit, and he cried out

24  Eh! what have we to do with you, Jesus, Nazarene? Have you come to destroy us? I know who you are, the holy one of God.

25 And Jesus rebuked him, saying, Hold your peace and come out of him.

26 And the unclean spirit, having torn him, and uttered a cry with a loud voice, came out of him.

27 And all were amazed, so that they questioned together among themselves, saying, What is this? what new doctrine is this? for with authority he commands even the unclean spirits, and they obey him. 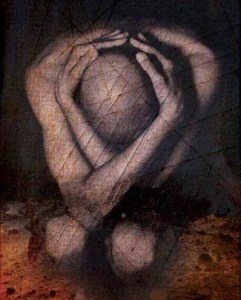 Again we should notice the present tense, “they come into Capernaum” and the use of “straightaway” (Greek euthus) which is Mark’s favourite way of indicating the divine urgency of Jesus’ ministry.

The authority of Jesus, compared with that of the scribes, is twofold:

1. Jesus did not use the scribal method of teaching by quotations from distinguished rabbis. He did use scripture but gave it is own radical interpretation. Above all, he took responsibilty for declaring God’s will. Clearly this could be seen as arrogant.

2. His authoritative teaching included his authoritative command to the evil power which inhabited the man. The power of evil recognised Jesus as an opponent and challenged him by using his “name”. Jesus engaged with it calmly and commanded it to go. He did not do this “in God’s name” but simply issued the command acting boldly in God’s goodness.

As we shall see, an evil spirit is what we might call a mixture of human misfortune (often an illness) and social rejection based on prejudice. The Gospel tradition sees that people can be dominated and destroyed by such “spirits”. Jesus’ healing  command is understood by Mark as similar to God’s “Let there be” in Genesis. Once the word is spoken, “it is so.” In this case it restores the image of God in this man.

Evil spirits of this precise sort still exist in society. For example, the UK Government’s treatment of people dependent on welfare benefits has used the  popular prejudice, that they are lazy and shiftless, to denigrate them and excuse the deliberate lowering of their standard of living. As a combination of misfortune and social prejudice it is evil. Those who are outraged by this evil have denounced it and its authors, but they should also make sure that those who are dominated by it hear the denunciation and are liberated.

At the end of this passage Mark introduces a question which is at the heart of his story. The crowd asks, “What is this?” and Mark takes his whole gospel to answer it.