This blog follows the book of Gensis and the Gospel of Mark in tandem. The headline is meant to remind of the world.

83 YEAR -OLD CLERIC TO BE  NEXT IRANIAN SUPREMO 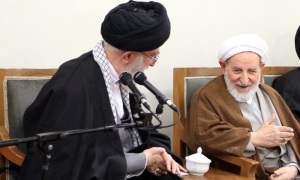 6 So Yitz’chak settled in G’rar. 7 The men of the place asked him about his wife, and out of fear he said, “She is my s ister.” He thought, “If I tell them she’s my wife, they might kill me in order to take Rivkah. After all, she is a beautiful woman.” 8 But one day, after he had lived there a long time, Avimelekh king of the P’lishtim happened to be looking out of a window when he spotted Yitz’chak caressing Rivkah his wife. 9 Avimelekh summoned Yitz’chak and said, “So she is your wife, after all! How come you said, ‘She is my sister’?” Yitz’chak responded, “Because I thought, ‘I could get killed because of her.’” 10 Avimelekh said, “What is this you have done to us   ? One of the people could easily have slept with your wife, and you would have brought guilt on us!” 11 Then Avimelekh warned all the people: “Whoever touches this man or his wife will certainly be put to death.”

12 Yitz’chak planted crops in that land and reaped that year a hundred times as much as he had sowed. Adonai had blessed him.

(iii) 13 The man became rich and prospered more and more, until he had become very wealthy indeed. 14 He had flocks, cattle and a large household; and the P’lishtim envied him. 15 Now the P’lishtim had stopped up and filled with dirt all the wells his father’s servants had dug during the lifetime of Avraham his father. 16 Avimelekh said to Yitz’chak, “You must go away from us, because you have become much more powerful than we are.” 17 So Yitz’chak left, set up camp in Vadi G’rar and lived there. 18 Yitz’chak reopened the wells which had been dug during the lifetime of Avraham his father, the ones the P’lishtim had stopped up after Avraham died, and called them by the names his father had used for them. 19 Yitz’chak’s servants dug in the vadi and uncovered a spring of running water. 20 But the herdsmen of G’rar quarreled with Yitz’chak’s herdsmen, claiming, “That water is ours!” So he called the well ‘Esek [quarrel], because they quarreled with him. 21 They dug another well and quarreled over that one too. So he called it Sitnah [enmity]. 22 He went away from there and dug another well, and over that one they didn’t quarrel. So he called it Rechovot [wide open spaces] and said, “Because now Adonai has made room for us, and we will be productive in the land.”

(iv) 23 From there Yitz’chak went up to Be’er-Sheva. 24 Adonai appeared to him that same night and said, “I am the God of Avraham your father. Don’t be afraid, because I am with you; I will bless you and increase your descendants for the sake of my servant Avraham.” 25 There he built an altar and called on the name of Adonai. He pitched his tent there, and there Yitz’chak’s servants dug a well. 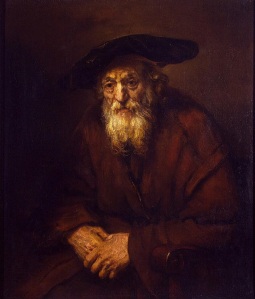 The author or the source he’s following uses the story of the “sister/wife” for the third time. It may be a kind of folk tale motif which emphasises the beauty of and the dangers to the ‘mother favoured by God ‘. It links Yitzhak and Rivka with Avraham and Sarah.  The audience is reminded again of YHWH’s blessing on this family.

That theme is continued in the story  of the wells. The envy of the Philistines foreshadows the envy of the Egyptians in the story of the Exodus. God blesses his chosen family but their prosperity becomes a danger. The blocking of the wells is a serious crime in desert countries. People may be relying on the well for life- saving water and may be at risk if they are blocked. In this case Yitzhak’s people are denied the use of the wells they have unblocked. The narrator emphasises that these wells are signs of  God’s blessing on Avraham into which Yitzhak strives to enter.

The peaceful way in which Yitzhak deals with repeated acts of enmity shows that he recognises the special status of these wells as signs of blessing: they are not to be occasions for violent struggle as might otherwise have been the case. By moving on into wide open spaces, Yitzhak succeeds in escaping the enmity and securing a source of water and blessing. The subsequent appearance of YHWH to Yitzkak is a confirmation that he has done well and is worthy of divine blessing. The building of the altar and the solemn calling on the name of YHWH expresses Yitzkak’ own trust in God.

The reader of these stories might be forgiven for suspecting that they deliberately shed a critical light on the ideology of the ‘conquest of the land’. The fathers  and mothers of Israel are no pushovers, but their trust in God’s blessing leads to peaceful dealings with other tribes, rather than violence. Their belief that God is on their side means that violence is inappropriate and unnecessary.

This theology remains salutary for Israel today and indeed for all faith traditions : belief in God’s blessing enables believers to refuse violence.

27 And they come again to Jerusalem. And as he walked about in the temple, the chief priests and the scribes and the elders come to him,
28 and they say to him, By what authority are you doing these things? and who gave you this authority, that you should do these things?
29 And Jesus answering said to them, I also will ask you one thing, and answer me, and I will tell you by what authority I do these things:
30 The baptism of John, was it of heaven, or of men? answer me.
31 And they reasoned with themselves, saying, If we should say, Of heaven, he will say, Why have you not believed him?
32 but should we say, Of men—they feared the people; for all held of John that he was truly a prophet.
33 And they answering say to Jesus, We do not know. And Jesus says to them, Neither do I tell you by what authority I do these things. 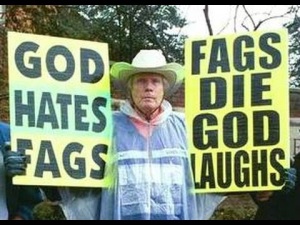 To claim divine authority for one’s actions is a step too far even if one is the son of God. After all, one is human and can make mistakes. That’s the nature of faith: one can appeal to  a sense of vocation, to a relationship with God, or even to a specific revelation, but one should not make God responsible for one’s actions. Jesus’ reticence is not merely a strategy: it shows his own sober reverence for God. His opponents on the other hand feel sure that their own actions  are justified by the Torah.

Jesus appeals to John  the Baptist who was rejected by the religious leaders and killed by the secular ruler. The authority by which he acted was revealed by his willingness to suffer for God’s truth. Jesus’ answer ties his opponents in knots, but it has a deeper resonance. Readiness to be rejected while defending the rejected truth of God is for Jesus the mark of genuine authority.

The promiscuous use of the name of God to justify one’s words and actions is the mark of malign religious leadership today and risks bringing God into disrepute. Those who have been threatened in the name of Allah as kuffars or abused in the name of Jesus as  abominable gays, have every right to think of God as an undesirable fiction.