This blog followed the book of Genesis and the Gospel of Mark in tandem until the latter was completed last week; and will continue with Genesis until it has been completed. The series can be accessed from my archive, starting 01/01/2015. The daily headlines are reminders of the world we live in.

214 WOMEN AND GIRLS FREED FROM BOKO HARAM ARE PREGNANT 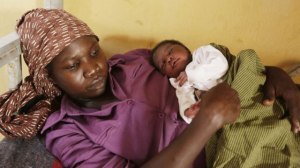 These words seemed good in Pharaoh’s eyes and in the eyes of all his servants,

and Pharaoh said to his servants:

Could we find another like him, a man in whom there is the spirit of a god?

Since a god has made you to know all this

there is none as wise and as discerning as you.

You shall be The One Over My House!

To your orders shall all my people submit;

only by the throne shall I be greater than you!

See, I place you over all the land of Egypt!

And Pharaoh removed his signet ring from his hand and placed it on Yosef’s hand,

he had him clothed in linen garments and put the gold chain upon his neck;

he had him mount the chariot of his Second-In-Rank and they called out before him Avrekh/ Attention!

Thus he placed him over all the land of Egypt.

but without you no man shall raise hand or foot in all the land of Egypt!

And he gave him Asenat, daughter of Poti Fera, priest of On, as a wife.

And Yosef’s influence went out over all the land of Egypt.

Now Yosef was thirty years old when he stood in the presence of Pharaoh, king of Egypt.

Yosef went out from Pharaoh’s presence and passed through the land of Egypt.

Pharaoh in chariot with pet lion

The audience is meant to see that Pharaoh’s response to Yosef’s interpretation of his dreams, is unstintingly generous. He could, presumably, have taken Yosef’s advice then returned him to prison. But the storyteller presents him as moved by the assurance and glamour of Yosef, not least by his claim of divine inspiration. Clearly Pharaoh wants the best for his people and thinks he has found it in Yosef.

Still there are small uncomfortable details that the audience is meant to pick up. Pharaoh’s all powerful words of favour to Yosef remind us of YHWH’s words to Avraham, Yitzhak and Yaakov, and his naming of Yosef of YHWH’s renaming of Avram and Yaakov. Yosef accepts an Egyptian wife without protest whereas the true fathers of Israel have been required to find wives from within their own clan.

Even in the moment of Yosef’s triumph in Egypt the storyteller hints that YHWH’s approval and Pharaoh’s may not match precisely. The audience is intended to wonder whether Yosef’s allegiance to Pharaoh is wholly compatible with his allegiance to God.

There is an unresolved ambiguity in the Hebrew bible with regard to the man/woman of God and political rule. On the one hand the storytellers and prophets want the ruler to be a man/ woman of God and to bring God’s justice to the affairs of the nation. On the other hand, there is something about the nature of political power that verges on disrespect for the rule of God. The story of Saul illustrates this ambiguity. Although the Genesis storyteller admires his hero Yosef, something of that ambiguity is present in his account of Yosef’s time of power in Egypt.

Tags: faith and politics, Joseph raised to power in Egypt