This blog followed the book of Genesis and the Gospel of Mark in tandem until the latter was completed last week; and will continue with Genesis until it has been completed. The series can be accessed from my archive, starting 01/01/2015. The daily headlines are reminders of the world we live in. 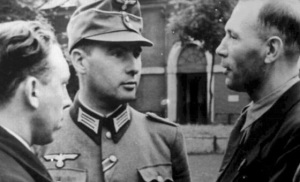 They came home to Yaakov their father in the land of Canaan,

and told him all that had befallen them, saying:

The man, the Lord of the land spoke harshly with us,

he took us for those who spy on the land!

Now we said to him: we are honest, we have never been spies.

We are twelve, brothers all, sons of our father;

one is no more, and the youngest is now with our father in the land of Canaan.

Then the man, the Lord of the land, said to us:

Hereby I shall know if you are honest:

Leave one of your brothers with me,

and as for the famine supply for your households, take it and go.

but bring your youngest brother back to me, if you are honest,

so that I may know you are not spies,

Then I will give your brother back to you and you may travel about the land.

but it was when they emptied their sacks, there was each man’s pouch of silver in his sack!

They looked at their pouches, they and their father, and they became frightened.

Yaakov their father said to them :

It is I that you bereave!

Yosef is no more

Shim’on is no more,

Now you would take Binyamin –

upon me has all this come!

Re’uven spoke to his father, saying

My two sons may you put to death

if I do not bring him back to you!

Place him in my hands and I myself will return him to you.

My son is not to go down with you!

for his brother is dead and he alone is left!

Should harm be all him on the journey on which you are going,

you will bring  down my grey hair in grief to Sheol! 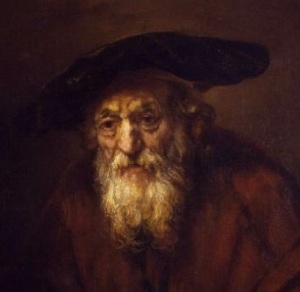 This incident is full of character. It is convincing but also helpful to the audience that Yaakov is reminded of the loss of Yosef. Perhaps he always had felt uneasy with the story they had told him. in any case he doesn’t fully trust them even after Re’uven’s intervention. Worse, he does not seem to have learned that favouritism is bad: he cares about Binyamin but not about his other sons. Yaakov, we remember has undergone many tests in his life, and now he is faced with another. Will he face reality, the reality of famine and its danger for the whole family, or will he remain obdurate and put them all at risk?

There Is a sense in which Egypt is for Yaakov at least, a place associated with death: you “go down” to Egypt just as you “go down” to Sheol, the land of the dead. It becomes in Jewish storytelling the place of slavery and pain from which YHWH liberated them. Perhaps Yaakov already feels that he will have to go there himself, and h shrinks from it.

His refusal is memorably expressed, in a rhythm that any Jewish comedian would love, “upon me has all this come!”

It would be crass to draw lessons for life from this sort of material. It does have wisdom but that is only revealed to those who follow the story appreciatively. This is narrative rather than discursive theology.