Currently this blog is exploring Paul’s Corinthians correspondence. Its recent series on Genesis and Mark which started on 01/01/2015, can be accessed from the archive.Access by date is via the archive, access to particular bible passages can be obtained by googling for example emmock.com John 3:16; and to particular themes by googling for example emmock.com holiness.

WHAT IS ANG SAN SSU KYI SAYING ABOUT BURMA’S ETHNIC CLEANSING OF THE ROHYNGA?

3 As for me, brothers, I couldn’t talk to you as spiritual people but as worldly people, as babies, so far as experience with the Messiah is concerned. 2 I gave you milk, not solid food, because you were not yet ready for it. But you aren’t ready for it now either! 3 For you are still worldly! Isn’t it obvious from all the jealousy and quarrelling among you that you are worldly and living by merely human standards? 4 For when one says, “I follow Paul” and another, “I follow Apollos,” aren’t you being merely human? 5 After all, what is Apollos? What is Paul? Only servants through whom you came to trust. Indeed, it was the Lord who brought you to trust through one of us or through another. 6 I planted the seed, and Apollos watered it, but it was God who made it grow. 7 So neither the planter nor the waterer is anything, only God who makes things grow — 8 planter and waterer are the same.

However, each will be rewarded according to his work. 9 For we are God’s co-workers; you are God’s field, God’s building. 10 Using the grace God gave me, I laid a foundation, like a skilled master-builder; and another man is building on it. But let each one be careful how he builds. 11 For no one can lay any foundation other than the one already laid, which is Jesus the Messiah. 12 Some will use gold, silver or precious stones in building on this foundation; while others will use wood, grass or straw. 13 But each one’s work will be shown for what it is; the Day will disclose it, because it will be revealed by fire — the fire will test the quality of each one’s work. 14 If the work someone has built on the foundation survives, he will receive a reward; 15 if it is burned up, he will have to bear the loss: he will still escape with his life, but it will be like escaping through a fire.

16 Don’t you know that you people are God’s temple and that God’s Spirit lives in you? 17 So if anyone destroys God’s temple, God will destroy him. For God’s temple is holy, and you yourselves are that temple.

Paul reminds his converts that they are still in transition between the powers of the world and the power of God. He uses the Greek sarkinos, from sarx, flesh, to describe this childish state from which they have yet to be weaned.  But when he speaks of jealousy and quarrelling he uses a slightly different world, which this translator also gives as “worldly”, namely the Greek sarkikos, meaning the deliberate adoption of worldly standards. It’s one thingto be flesh and blood, as Jesus had been; another to limit oneself to a flesh and blood perspective, tothe exclusion of God. In itself flesh-and-blood is weak, easily invaded by evil and subject to decay; whereas if it is open to God, God lives in it as in a temple. 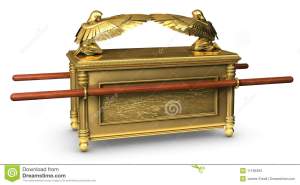 Paul says that neither he nor Apollos are important, but we can tell he’s not being straightforward for he goes off on a digression which moves the argument from the image of the farmer to that of the builder. Different builders, he says, (meaning himself and his fellow apostles) build in different ways but the day of judgement will expose how well they have built. If well, their structures will survive the test; if not they will be destroyed and the poor builder will be well-singed. Paul is in fact a bit nippy about any apostolic competition, and he sometimes confuses rejection of himself with rejection of God, a confusion which is not uncommon amongst God’s servants.

He comes back however to the assertion that those who follow Messiah Jesus and trust in God, are God’s temple. God does not dwell in temples made with hands, but the Jewish people had thought of the Covenant Box as God’s travelling home amongst them; and of successive temples in Jerusalem as places in which his glory might be manifested. Paul believed that because of the human sin which infected even Israel, the promise of these “signs of presence” had not been fulfilled. Now, however through Jesus’ death on the execution stake, human beings had been opened to God’s goodness and God’s spirit could dwell in their hearts.

As commentators have pointed out there is an “already” and a “not yet” dimension to this indwelling. Already those who trust in Jesus’ execution as the presence of God’s love have opened themselves to the indwelling Spirit; but their lives have not yet adapted to the holiness that their guest requires. But God will stay with them unless evicted by them. They may not fully trust God, but God trusts them and dwells in them.

(The theology of “God’s House” (Greek: oikos) is central to the whole Bible. I have provided an extensive note on it at emmock.com oikos)
People often say that Paul is difficult and not close to their experience. I find him uncomfortably close to my experience and shrewd about my kind of trust in God. I believe that I do not have to go on a religious quest for God, seeing that in his goodness he/ she has come to me in Jesus and in the Holy Spirit. I do truly trust that God chooses to dwell in me and that I shall find God there. But when I become jealous and competetive, or worse, greedy, cruel and deceptive, I forget my guest and neglect the conditions he has required for his residence. It is only when my guest asks quietly if I would prefer him to leave, that I am reminded of his goodness and grateful for his forbearance. The eighteenth century Jewish teacher The Baal Shem Tov was always quoting the scripture,”He dwells with them in their uncleanness” as evidence of this forbearance with sinners, whereas of the arrogantly righteous he taught, “God says, .there is not room enough in the world for him and me.'”
These comments are made with God’s indwelling in the individual person in mind. I shall return to Paul’s teaching about God’s indwelling in the assembly of believers.

Tags: The weakness of the flesh, You are God's temple