Today the blog continues its examination of St. Paul’s Corinthian correspondence. Previous material on this topic and on Genesis and Mark, can be accessed from my archive. Biblical references can be placed after emmock.com as can particular topics eg. emmock.com John 3:16; or emmock.com obedience. The daily headlines are reminders of the world we live in: 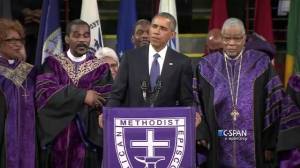 Let me say this, brothers: flesh and blood cannot hold a share in the Kingdom of God, nor can the perishable hold a share in the imperishable. 51 Listen, I will tell you a mystery — not all of us will sleep but we will all be changed! 52 In a moment, in the twinkling of an eye, at the final trumpet-call. For the trumpet will sound, and the dead will be raised imperishable, and we shall be changed. 53 For this perishable body must be clothed with the imperishable, and this mortal body must be clothed with immortality. 54 When the perishable puts on the imperishable and the mortal puts on immortality, then this passage in the Bible will be fulfilled:
“Death is swallowed up in victory.
“Death, where is your victory?
Death, where is your sting?”

56 The sting of death is sin; and sin draws its power from the Torah; 57 but thanks be to God, who gives us the victory through our Lord Jesus Messiah!

58 So, my dear brothers, stand firm and immovable, always doing the Lord’s work as vigorously as you can, knowing that united with the Lord your efforts are not wasted.

After spelling out the meaning of resurrection as rationally as he can, Paul embarks on a spectacular riff to celebrate its mystery, for although resurrection can be imagined through the use of analogy, it cannot be grasped because it is of God. Paul acknowledges that mere flesh and blood cannot “hold a share” in the kingdom of God. He is using an ancient expression which refers to the tribes of Israel sharing the land of promise. The full possession of God’s goodness requires a transformation of our created bodies into something better. At first sight this seems to contradict the teaching of Jesus that God’s kingdom happens on earth when people do his will on earth as in heaven. Jesus demands change, but it is a change of heart not of our physical existence. The contradiction is resolved if we remember that here Paul is talking about the culmination of God’s Rule, the final completion of creation. He obviously believed that this would happen in his lifetime, and therefore distinguishes between the dead( the sleepers) who will be raised and the still-living who will be transformed. 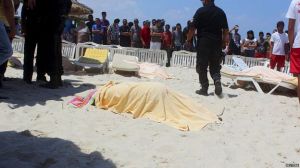 When this transformation is described it becomes clear that flesh and blood is not to be destroyed after all, but rather re-clothed. The needy-naked human, the “poor, bare, fork’d creature” is given a new and everlasting set of clothes. Paul’s quotation from the Bible mixes phrases from Isaiah 25 with others from Hosea 13,  passages which he would, as a Pharisee, have used to argue for resurrection, are used here to celebrate the culmination of God’s creative work. Verse 56 seems to me to have originally been a marginal note by a not very bright scribe, It should be omitted from the text. leaving Paul’s thanks to God for giving to human beings the victory which seemed to belong to Death.

The appeal of this riff is in its detail as much as its message.We respond to the last trumpet, even if we do not know that this is the Jewish Shofar which is blown for the New Year, especially for the Jubilee Year of God’s justice in Israel. We are alerted by the “twinkling of an eye” to the fact that the change is altogether beyond imagination and cannot be described. The Greek word is “rhipe” a swift blow or movement, which is good, but the English “twinkling” is incomparable – it’s almost as if God winked and the world was transformed. Our makeover for eternity is likewise accomplished without any of the awesome theatre used in the book of the Revelation. It is as George Herbert said of prayer, “heaven in ordinary, Man well-dressed.”

May this transformation already have restored the victims of yesterday’s acts of brutality.

Tags: "we shall be changed", Clothes for eternity, The trumpet shall sound