FOR READERS: I have just started a new blog: xtremejesus.co which is intended to contribute to political and social debate from the point of view of the Jesus tradition. Some have found difficulty in accessing the site from their search engines and browsers. At present, Google Chrome gives it easily.

MEANWHILE, this old faithful blog continues to explore Paul’s Corinthian correspondence day by day. At present it is dealing with 2 Corinthians. I’m assuming that all his Corinthian letters were sent from Ephesos. The news headline is a reminder of the world we live in.

GREEKS CALL FOR A EUROPE OF SOLIDARITY AND SHARING 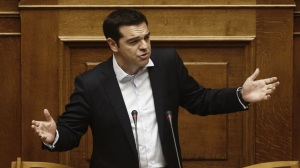 ( I am making my own translation for in my arrogance I am not satisfied with those I have consulted.)

PAUL, an emissary of Messiah Jesus by God’s will, and TIMOTHY our bother, to the ASSEMBLY OF GOD IN  CORINTH and to all the HOLY ONES throughout ACHAIA:

Kindness and peace from God our father and the Lord Jesus Messiah!

Let ‘s bless the God and father of our Lord Jesus Messiah, the merciful father and all-consoling God, who consoles us in our troubles so that we can console those in any sort of trouble, with the same consolation that we get from God. For just as the Messiah’s sufferings overflow upon us, in the same way our consolation also overflows from him. If we are distressed, it is for the sake of your consolation and safety; if we  are consoled it is for the sake of a consolation that strengthens you to endure the same sufferings that we now endure.

We have firm hopes for you; for we know that if you are partners in sufferings you will also be  partners in consolation. 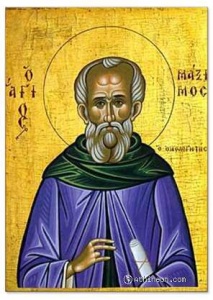 As I understand it, the sequence of events that produced this letter is as follows:

1. from Ephesos, Paul wrote Letter A to the Corinthians questioning some of their reported behaviour including an issue of sexual morality. The Corinthians sent a letter back by three messengers, led by Stephanas, which disagreed with Paul’s stance and asked some questions. Paul also heard disturbing information about cliques in Corinth from “Chloe’s people”.

2. Paul wrote Letter B which we have as 1st Corinthians, urging unity, discipline and love, and opposed to cliques, permissiveness and religious knowledge.

3. Shortly afterwards he was able to visit Corinth where some members of the Assembly refused to accept his authority, and openly indicated their preference for other emissaries of Jesus Messiah. Paul returned to Ephesos in anger.

4. From Ephesos, he wrote Letter C which we have in whole or part, as chapters 10-13 of 2nd Corinthians. On it he offered forthright criticism of those who opposed him, and defended his special calling as an emissary of Jesus. He sent this to Corinth with Titus.

5. During a visit to Macedonia via Troas, Paul heard from Titus that the Corinthian Assembly had been cut to the quick by his anger and looked for reconciliation.

6. Paul wrote Letter D, which we have in whole or part as 2nd Corinthians chapters 1 –  9.

The passage above is difficult to translate for Paul has gone to extraordinary lengths to write a language that expresses his sense of INTERBEING with Jesus and the Corinthians. As far as I know the expression INTERBEING has been used in a Christian context only by me. I got it from Thich Nhat Hanh the great Buddhist Teacher of Plum Village in France. He uses it to describe the interdependence and interconnection of all things. He considers that this is a fact which he has discovered through the way of the Buddha. Paul thinks it a reality to which he has been introduced by the life and death and resurrection of Jesus. He thinks that all human beings share in one of two kinds of interbeing. If knowingly or unknowingly they choose unity with Messiah Jesus they move towards life; but if knowingly or unknowingly they choose Adam, the representative of human arrogance, they move towards death.

This passage in particular shows that for believers, Jesus’ suffering on the execution stake overflows into their lives, creating interbeing with him, so that they also share God’s “consolation” of Jesus, namely his resurrection to new life. In Jesus Messiah, suffering consolation and the hope of victory are shared by all who trust in him. Such people are “partners” ( Greek: koinonoi) which is part of Paul’s special vocabulary of interbeing. He speaks of the partnership, the interbeing, of the Holy Spirit.