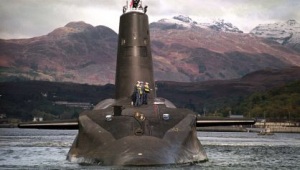 The Angels with the Seven Last Plagues

15 Then I saw another portent in heaven, great and amazing: seven angels with seven plagues, which are the last, for with them the wrath of God is ended.

2 And I saw what appeared to be a sea of glass mixed with fire, and those who had conquered the beast and its image and the number of its name standing beside the sea of glass with harps of God in their hands. 3 And they sing the song of Moses, the servant[a] of God, and the song of the Lamb:

‘Great and amazing are your deeds,
Lord God the Almighty!
Just and true are your ways,
King of the nations!
4 Lord, who will not fear
and glorify your name?
For you alone are holy.
All nations will come
and worship before you,
for your judgements have been revealed.’
5 After this I looked, and the temple of the tent of witness in heaven was opened, 6 and out of the temple came the seven angels with the seven plagues, robed in pure bright linen,[d] with golden sashes across their chests. 7 Then one of the four living creatures gave the seven angels seven golden bowls full of the wrath of God, who lives for ever and ever; 8 and the temple was filled with smoke from the glory of God and from his power, and no one could enter the temple until the seven plagues of the seven angels were ended.

All that happens in heaven is the counterpart and ultimate future of what happens on earth. The reader must remember that the wrath of God here announced has as its content, not only God’s anger, but the accumulated evil of unrepentant human beings.

In the same way the worship of those who have conquered the Beast has as its content the great refusal made by those who in their earthly lives rejected the worship of Rome. They are like the children of the Exodus who having crossed the Red Sea sang praise to God. Moses the great prophet of Judaism is honoured in this prophecy. Their song is not specifically Messianic; the name of Jesus the Lamb is not mentioned. The oneness and uniqueness of God is its theme in contrast to all false Gods. The God of those who have conquered the Beast is the God of all nations.

In the book of Exodus the Tent of Meeting contains the Covenant Box and is the precursor to the Temple. Here the Angels come from the “temple ( better, the sanctuary) of the Tent of Meeting”, that is from the holy place where God meets his people. The anger of God towards the destructive evil of the world comes from the inner sanctuary of his holiness; it is an aspect of his goodness. How does the holy God meet evil? He offers its perpetrators reconciliation, and if they reject it, he leaves them to the plagues their evil will bring upon them. He will not force his will upon anyone.

The seven plagues reprise the seven seals and the seven trumpets which dramatise the struggles of the seven church assemblies, revealing the ultimate issues at stake. I wonder, when the book of Revelation was read aloud in their churches, if they were comforted and strengthened in their faith. For there are no easy promises here; no assurance that they would not be persecuted, or that God would prevents their suffering. Only a vivid revelation that the way of God’s goodness leads to life, whereas the way of evil leads to death; that in their difficult struggles they stand always before God’s throne, praising.

Tags: the song of the saints