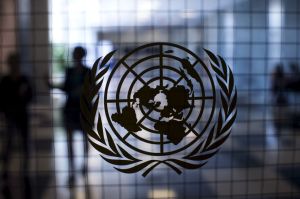 Because of your rescue

He dances with joy.

You have given him

You have not refused

You come to meet him

With blessings of good things;

You put on his head

A crown of fine gold;

He asked you for life

And you gave it to him,

A great length of days.

His reputation is big

You have lavished upon him

You have made him doubly glad

The king is secure

Through the favour of God

He shall not be moved.

Your hand, O king, will hit

Your right hand will hit

Those who hate you.

You will consume them

When you face them.

The Lord shall swallow them in his fury

And the fire will eat them.

You will blot out their offspring

from the land; and their seed

from the human race;

They planned a stratagem

They were unable to perform.

You will force them

To show their backs

When you aim your arrows

And we will sing praise

Well, you wouldn’t want to be an enemy of this king or his God!  Of course the blame always lies with the enemies who have attacked and tried to conquer God’s people; and it is true that often the great empires of the time preyed upon Israel and other small nations; but also true that Israel showed no pity for nations that were weaker than her. It’s not clear when the psalm was written: it could apply to any of Israel’s historical enemies from the Philistines to the Greeks.

The Lord is seen as “rescuing”, often translated as “saving” his king and people. Of course there will have been times when the battle went unexpectedly well. Such victories were interpreted as God’s intervention, a device of faith seen still in ISIL’s attribution of its victories to Allah. There’s nothing much in the text of this psalm to distinguish it from ISIL’s theology. There’s the same adoption of the role of innocent victim attacked by great forces; the same ferocity towards enemies and their families; the same assurance of being in the right; the same claim to divine favour.

Christian believers need to ask if this sort of thing can be called “a word of God”. Perhaps we might specify that it could only be spoken by an oppressed people. I would certainly think that its use by contemporary Israel would be an abomination. But would it be better on the lips of Palestinians? I think it would be better, but not good. But I have never been subjected to oppression and should therefore not judge.