Anger against the wicked? Refuse it;

Envy of wrongdoers? Give it no place.

But trust in the Lord and do good;

Dwell in the land and graze securely.

Delight in the Lord

And he shall give you your heart’s desires.

Commit your way to the Lord;

Put your trust in him and he will do it.

Dumbstruck in his presence,

wait eagerly for the Lord;

Do not fret because of someone who makes his fortune

Exit from anger and walk away from rage;

Do not fret yourself into any wrongdoing

For evildoers will be expelled

But the Lord’s servants will possess the land.

Few days need pass for thugs to die out;

You will search hard to locate them and find nothing;

But the gentle shall possess the land

And take pleasure in the increase of peace.

Gnashing them with his teeth

An evildoer schemes against honest people;

The Lord laughs him to scorn

For he sees that his day is coming.

Hand on sword or on bent bow

The evildoer wants to put down the poor and needy,

And to kill those whose ways are honest:

Their swords will go into their own hearts

and their bows will be broken. 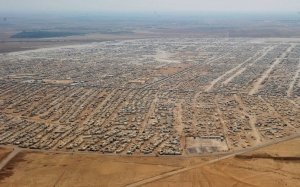 In truth, the small good of just people

Outweighs the wealth of the wicked;

For the fist of the wicked shall be fractured

But the Lord sustains the just.

Jealously the Lord cares for the lives of sound people;

Their portion of blessing will last forever.

They shall not be shamed in the time of evil;

In the days of famine they shall be filled.

Know that evildoers shall perish

The Lord’s enemies shall be like the fat of lambs

Completely used up in smoke.

Loans to an evildoer are never repaid;

But just people are kind and give freely.

Those whom God blesses will possess the land

While those he curses will be cut off.

Marching at the Lord’s command

A strong man delights in his way.

If he stumbles he will not fall flat,

For the Lord steadies him with his hand.

Now I am old but never since youth

Have I seen a just person abandoned,

nor his offspring beg bread.

But he is generous in lending

and his offspring enjoy good fortune.

Out with evil! Do good!

For the Lord loves fair judgement

And never forsakes his faithful ones.

He cuts off the seed of evildoers;

Just people shall possess the land

And dwell in it always.

Quick to wise speech is the just man’s mouth;

The Law of his God is in his heart;

His steps will not slip.

Rotten people keep an eye on the just

And look to kill them;

The Lord will not leave them in their hands,

Nor let them be condemned by legal process.

Strongly bind yourself to the Lord, hold to his way,

And he will lift you up to possess the land;

When the evildoers are cut off,

you will see it.

Terrible in power I have seen an evil man

When next I passed by, see, he was nothing;

I searched, but he was not to be found.

Untarnished honest people you should note,

For the man of peace will have offspring;

While the criminals will be utterly destroyed

And the posterity of evildoers will be cut off.

Victory for the just is given by the Lord,

Their strength in time of trouble;

He shall help them and free them from evildoers;

He shall rescue them, because they trust in him.

As my regular readers will have seen, my project of reading and translating the first book of psalms  (1-41), although nearing completion, has meant days when I’ve failed to blog because the work involved in translation has been slow and arduous, especially in the case of the alphabetical psalms such as this. Making them work to the English alphabet requires a verbal agility which mere hard work cannot guarantee; while offering a special pleasure when a good solution offers itself. 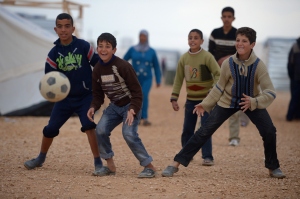 In the course of translating Psalm 37 I began to understand what the alphabetical psalm is trying to do. It is not a very repetitive long poem but rather a series of variations on a theme, each beginning with successive letters of the alphabet. In this case the theme is the contrast between the just person and the evildoer, and each section is a tightly constructed, independent meditation on the theme. The reader should not look for linear continuity but rather for a consistent focus of meditation which uses the same key words again and again in different contexts: just people, evildoers, possessing the land, being cut off, rich and poor, killing and rescuing, blessing and cursing, are some of the key words for human actions and destiny, while the varying relationships of human beings to God are described by a few simple words: trust, waiting on God, enemy of God.

The psalm says that the worldly success of evil people is always temporary; the ruthlessness that gains them power and wealth also brings about their downfall. Although one generation of evildoers may prosper, their descendants will come to a bad end. Quiet, decent, just people who trust in God and God’s Law will “inherit or possess the land”, a reference to the portioning out of the land of promise to the tribes of Israel. The psalmist asserts that honest people are the true inheritors of the land. The threat of being “cut off” means that a family name will die out, no longer part of Israel, God’s people.

This basic message is  repeated with variations which re-enforce and illustrate its wisdom. The reader is meant to see that the message is not a marginal opinion which might or might not be true; but rather a sure wisdom which can be vividly demonstrated in differing contexts. Repetition expresses and invites confidence. All readers will have their favourite sections, but this is mine:

In truth, the small good of just people

Outweighs the wealth of the wicked;

For the fist of the wicked shall be fractured

But the Lord sustains the just.

This expresses a wisdom that would not rush to scatter bombs over Syria and Iraq in an impatient attempt to defeat a bunch of murderous thugs. It might lead rather to finding ways of protecting the small good of just people who live in those countries; or to means of preventing the wealth of wicked people (some of them allies of the UK) being given to the thugs. It would see that the fist of the wicked will be fractured by the opposition its detestable cruelties arouse. Such wisdom requires patience, consistency and intelligence that are not the most obvious characteristics of the UK government.

To be fair, however, I would have to admit that the wisdom of this psalm is not uncontested even in the literature of the Hebrew Bible: the book of Job for example is an extended rebuttal of the faith that good people always enjoy the blessing of God. Job calls this nonsense, and although he is eventually forced to admit he would not know what universal justice would look like, he is justified by God over his pious companions. who stick to the faith that those who suffer must have done something to deserve it.

The wisdom of this and other psalms however is not be dismissed so easily. They express a stubborn faith that “God’s goodness can be seen in the land of the living,” even if sometimes it seems absent. They encourage people to hold fast to the good they know, and to live quietly, trusting that those who damage others are also damaging themselves.

This lacks the grandeur to make it inspiring, or the ease to make it popular, but it may be wise for all that.