With that, the whole Sanhedrin got up and brought Yeshua before Pilate, 2 where they started accusing him. “We found this man subverting our nation, forbidding us to pay taxes to the Emperor and claiming that he himself is the Messiah — a king!” 3 Pilate asked him, “Are you the king of the Jews?” And he answered him, “The words are yours.” 4 Pilate said to the head cohanim and the crowds, “I find no ground for a charge against this man.” 5 But they persisted. “He is inciting the people with his teaching throughout all Y’hudah — he started in the Galil, and now he’s here!” 6 On hearing this, Pilate asked if the man was from the Galil; 7 and when he learned that he was under Herod’s jurisdiction, he sent him over to Herod, who at that time happened to be in Yerushalayim too.

8 Herod was delighted to see Yeshua, because he had heard about him and for a long time had been wanting to meet him; indeed, he hoped to see him perform some miracle. 9 He questioned him at great length, but Yeshua made no reply. 10 However, the head cohanim and the Torah-teachers stood there, vehemently pressing their case against him. 11 Herod and his soldiers treated Yeshua with contempt and made fun of him. Then, dressing him in an elegant robe, they sent him back to Pilate. 12 That day Herod and Pilate became friends with each other; previously they had been enemies.

13 Pilate summoned the head cohanim, the leaders and the people, 14 and said to them, “You brought this man before me on a charge of subverting the people. I examined him in your presence and did not find the man guilty of the crime you are accusing him of. 15 And neither did Herod, because he sent him back to us. Clearly, he has not done anything that merits the death penalty. 16 Therefore, what I will do is have him flogged and release him.” 17 [a] 18 But with one voice they shouted, “Away with this man! Give us Bar-Abba!” 19 (He was a man who had been thrown in prison for causing a riot in the city and for murder.) 20 Pilate appealed to them again, because he wanted to release Yeshua. 21 But they yelled, “Put him to death on the stake! Put him to death on the stake!” 22 A third time he asked them, “But what has this man done wrong? I haven’t found any reason to put him to death. So I’m going to have him flogged and set free.” 23 But they went on yelling insistently, demanding that he be executed on the stake; and their shouting prevailed. 24 Pilate decided to grant their demand; 25 he released the man who had been thrown in prison for insurrection and murder, the one they had asked for; and Yeshua he surrendered to their will.

Luke’s account follows Mark’s closely enough except for the incident with Herod, which is unique to Luke. We have no knowledge of where Luke found this story, and what particular significance he gave it. He may have used it to show that both secular rulers, the Roman and the Jewish, found Jesus not guilty of the accusations made against him.

The Jewish religious rulers had no power to carry out a death sentence. Historically we can deduce that if Jesus was executed on the stake, he was condemned by the Roman authority, doubtless as a messianic rebel, the King of the Jews. The Gospels are all dealing with this basic fact, and all of them insist that the Roman condemnation was flawed, and only given under extreme pressure by the religious leaders and the crowd. Luke goes further than the others in having Pilate make a clear public judgement that Jesus is innocent of the charges made against him.

The historian will want to know how the first believers got access to the deliberations of Pilate and Herod. All the Gospels show part of the process taking place in public before the leaders and the crowd. When we try to visualise this scene, we have to conclude that the crowd cannot have been very huge, otherwise few would have heard what was being said. But the logic of the story demands that Pilate is faced with a truly menacing mob.

Luke, like the other gospel writers makes it clear that the accusation against Jesus was that he claimed to be the Messiah,  and was leading people towards rebellion against Rome. The Roman governors of Judaea were aware of this use of religious tradition to foment rebellion, but doubtless also aware that the threat of it could be used to engage the Roman power in support of this or that Jewish faction. A well- supported accusation of messianic rebellion, however, would have been difficult for a Governor to ignore. If the details given by the gospel writers are sometimes questionable, their united witness that the religious leaders got rid of Jesus by denouncing him as a messianic pretender is perfectly credible.

The Galil was under Roman rule but governed along with three other bits of territory by Herod, with Roman support. It’s certainly possible that Pilate would see a reference to Herod as a way of ridding himself of a problem, but we may think that Luke has invented this detail in order to dramatise the continuing silence of Jesus, which is derived from Isaiah chapter 53, “like a sheep that is a dumb before its shearers he did not open his mouth.” The lies of power are condemned  by the calm silence of the victim. Again it’s important for modern readers to enter into the mindset of an author for whom an ancient prophecy was good evidence of a recent event. The logic is sound enough: IF the prophecy is God’s word, and IF it refers to Jesus, and IF it says the victim was silent, THEN Jesus was silent before Pilate and Herod. It also works the other way round: the reported silence of Jesus identifies him as the suffering servant prophesied by Isaiah. Another possible significance for Luke of the story about Herod is that it reveals Jesus as a reconciler even, or perhaps especially, in his moment of powerlessness.

The story about the carefully orchestrated mob pressure on Pilate is coherent enough, but it contains the folktale element of the one prisoner to be released at the Passover, for which there is no historical evidence. Luke is following Mark in this part of his story, again making clear the Governor’s reluctance and the religious leaders’ determination to condemn Jesus. The mention of the jihadi Bar-Abba is interesting. The gospel writers would have been aware that his name means “Son of the father”, which may have been a common title for Jesus amongst believers. He enters the story as a dark and violent son of the father, as opposed to Jesus, the bright and peaceful son of the father. Again the story emphasises that the suffering of Jesus brings liberation, starting with a man accused of terrorism. 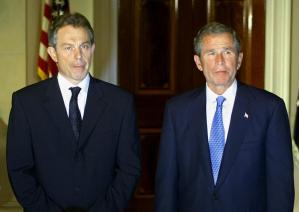 The Gospel narratives of the arrest, trial, torture and crucifixion of Jesus are the most detailed of all gospel narratives, but it is very difficult to establish many of them as historical facts. Luke’s preface to his Gospel promises that he will tell everything in due order, but his narrative method reveals that he means to show the true character of Jesus in his life, death and resurrection, for the purpose of building up the faith of the Christian Assemblies. That, rather than meticulous historical accuracy, is his achievement.