That same day, two of them were going toward a village about seven miles from Yerushalayim called Amma’us, 14 and they were talking with each other about all the things that had happened. 15 As they talked and discussed, Yeshua himself came up and walked along with them, 16 but something kept them from recognizing him. 17 He asked them, “What are you talking about with each other as you walk along?” They stopped short, their faces downcast; 18 and one of them, named Cleopas, answered him, “Are you the only person staying in Yerushalayim that doesn’t know the things that have been going on there the last few days?” 19 “What things?” he asked them. They said to him, “The things about Yeshua from Natzeret. He was a prophet and proved it by the things he did and said before God and all the people. 20 Our head priests and our leaders handed him over, so that he could be sentenced to death and executed on a stake as a criminal. 21 And we had hoped that he would be the one to liberate Isra’el! Besides all that, today is the third day since these things happened; 22 and this morning, some of the women astounded us. They were at the tomb early 23 and couldn’t find his body, so they came back; but they also reported that they had seen a vision of angels who say he’s alive! 24 Some of our friends went to the tomb and found it exactly as the women had said, but they didn’t see him.”

25 He said to them, “Foolish people! So unwilling to put your trust in everything the prophets spoke! 26 Didn’t the Messiah have to die like this before entering his glory?” 27 Then, starting with Moshe and all the prophets, he explained to them the things that can be found throughout the Scriptures concerning himself.

28 They approached the village where they were going. He made as if he were going on farther; 29 but they held him back, saying, “Stay with us, for it’s almost evening, and it’s getting dark.” So he went in to stay with them. 30 As he was reclining with them at the table, he took the bread, made the bblessing, broke it and handed it to them. 31 Then their eyes were opened, and they recognized him. But he became invisible to them. 32 They said to each other, “Didn’t our hearts burn inside us as he spoke to us on the road, opening up the Scriptures to us?”

33 They got up at once, returned to Yerushalayim and found the Eleven gathered together with their friends, 34 saying, “It’s true! The Lord has risen! Shim‘on saw him!” 35 Then the two told what had happened on the road and how he had become known to them in the breaking of bread.

This story shows Luke’s art at its subtlest and best. Certainly he’s not recounting factual history, but rather instructing his readers in the difference made by Jesus’ resurrection. It is obviously impossible to describe how God takes Jesus back into his everlasting aliveness – how could any human being understand that action? – so Luke gives his readers the effects of that miracle.

He starts where his readers have been left, with the dead Jesus and invites us to watch two sad disciples on a journey, in the course of which they are joined by someone described as a traveller or pilgrim, an unknown man. We are told that this man is Jesus, but they only see a stranger. Doubtless a resurrected man would be the very strangest sight ever seen. The disciples tell the stranger about their dead prophet and their disappointment, only to find that the stranger has a completely different view of what has happened. In his view, the holy scriptures point to this rejection, suffering and death as the authentic marks of the Messiah.

The disciples later confess that the stranger’s teaching was convincing and restorative, that their “hearts burned within them”, as he spoke. The reader should be aware that an astonishing change has taken place. The Scriptures, that is, The Pentateuch and the Prophets, the whole basis of Jewish faith, have just been completely re-interpreted, from the point of view of the executed Jesus. The great French theologian Rene Girard calls this the “intelligence of the victim.” Religion is no longer defined by its priests and power-brokers, but by one of its victims, who knows at first hand its corruption, hypocrisy and ruthlessness. From now on Luke is saying, the tradition of faith and especially the holy scriptures are to be interpreted by Jesus the executed Messiah, a lesson which has still not been fully learned by most branches of the Christian Church.

The full meaning of this revelation does not come all at once to the two disciples but they are impressed enough to invite the stranger to share their accommodation. It is only when their guest does what they have seen Jesus do when feeding the 5000 and when hosting the Passover meal, TAKING, BLESSING, BREAKING AND HANDING BREAD to them, that their eyes are opened and they recognise him, as believers always do in the Communion Meal,  and in that moment of recognition he vanishes, because as believers know, the risen Jesus is not an object like other objects. He can be  trusted but not examined, measured, subjected to tests. 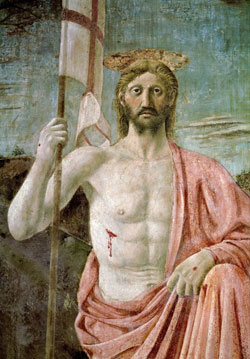 When these “ordinary disciples” return with their news to the “eleven” they and we the readers are told that Jesus is alive and has appeared to Shimon, but this appearance is not described. The two disciples then report their encounter with the Risen One,  emphasising that he was recognised in the breaking of bread.

A profound change is proposed in this story. Every day the winners of the world, the political rulers, the wealthy, the celebrities, communicate their interpretation of life; the race goes to the swiftest, the power goes to the toughest, the war goes to the most ruthless, the luxuries go to the wealthiest, the fame goes to the smartest and most beautiful – wake up and smell the coffee guys ’cause  that’s the way it is. You aren’t in this world long so grab what you can while you have time!  But the intelligence of the victim as seen in the risen Jesus, tells us that death is not a wall but a door, that love, justice, friendship, compassion, truth and trust may often be trampled but are never ended, while hate, injustice, enmity, cruelty, lies and suspicion are on their way to the everlasting landfill.

We may be able to see the power of this change but still ask how we can come to trust it.

Luke’s next story gives us the answer. 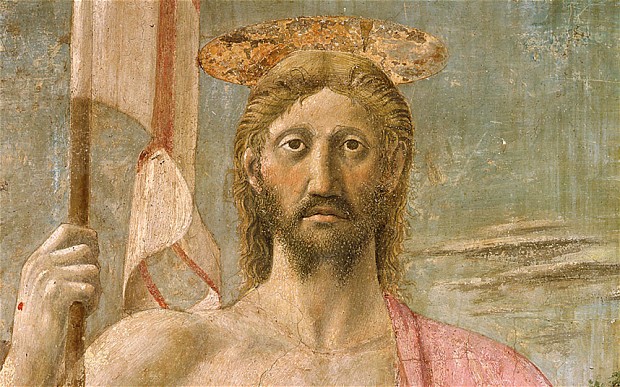