You can see how the authors of this letter distance themselves from any sentimental notion of love. A religious common sense which probably comes from the Jewish tradition insists that loving God is not a matter of waving our hands in the air, but of keeping God’s commandments. These commandments are an expression of God’s love because they are for the good of humanity; they suit the human condition.  Those who are reborn from God do not find the commandments a burden, for their trust in Jesus has already overcome the worldly powers that distrusted him, and is able to overcome the worldly values that oppose God’s commands. “This is the victory that conquers the world: our faith.” Notice that although faith is personal it is always communal, it is our faith, shared in the Christian Assembly. There is in this theology no opposition between commandment and gospel, as the latter enables the keeping of the former. Both direct the believer towards rebirth and living in the facts (the unconcealed truth) of God.

The facts of God are again stated in this passage. Jesus is the one who came by water (meaning Jesus’ baptism and believers’ baptism), and by blood (meaning his death on the  execution stake). The authors especially emphasise his physical death, which may have been denied by teachers who also denied his real humanity. Baptism is seen as the ceremony that declares Jesus and his followers to be children of God; and indeed their new birth is spiritual; but it does not remove believers from their bodily life and death any more than it removed Jesus. The emphasis on blood is again a sign of the down-to -earthiness of this faith.

The Spirit is seen as defined in Jesus’ farewell discourses in John’s Gospel, as the one who leads believers into the unconcealed truth of God, establishing it over against the opinions of the world. God doesn’t expect people to believe without evidence. The water is witness to Jesus baptised life and ministry , which through baptism can be shared by human beings; the blood is witness to the suffering and sacrificial death of Jesus; and the Spirit is witness to his resurrection life, which is enjoyed here now and forever by those who “have the son”, that is, those who are united with Jesus as children of God. The facts of God are established by these witnesses and by God’s own evidence which is also factual, namely the quality of life which comes from trusting Jesus. The believer finds that she is more fully alive, a more complete person, over whom death will have no dominion.

This section of today’s passage is a rebuke to those “new atheists” who think that faith is asserting truth without evidence. Not all evidence is like scientific evidence. We accept the truth of our dear ones’ love without demanding proof, but their actions over time confirm or otherwise that love. The evidence for God’s love is to be seen in the complete story of Jesus and in the quality of beliver’s lives.

It is also a rebuke to those believers who assert that faith is not concerned with facts. The unconcealed truth of God is the facts of Jesus’ life, death and resurrection along with the shared life of the believing community; these are, as we might say, the Facts of Life, which require stating as eloquently, as wittily, as humbly and as clearly as possible. 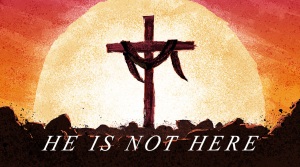 Readers will have noticed that the lives of Christian believers are part of the evidence for, or against, God. That does not force me to claim unconvincingly that trusting in Jesus has made my life perfect. But I can assert with a good conscience that it has made me better than the complete bastard I’d have been without him.