From Paul, a slave of Jesus Messiah, called as an Emissary and set apart as a preacher of the Joyful News that God had announced earlier through his prophets in the holy writings, about his Son. A flesh and blood descendant of King David, he was installed in power as Son of God by God’s spirit through his resurrection from the dead. He is Jesus Messiah, our Lord. From him I have received kindness and the status of Emissary for his honour, to encourage trustful obedience amongst all peoples, amongst whom you are also called to belong to Jesus Messiah.

To all God’s loved ones in Rome, who are called to be holy, kindness to you and peace from God our father and the Lord Jesus Messiah! 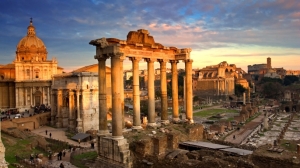 First, I thank my God through Jesus Messiah for you all, because news of your trust has gone out to all the world; for God is my witness, to whom I give my spiritual service in the Joyful News of his Son, that at all times I remember you in my prayers, asking that by God’s will I may now at last succeed in coming to you. For I long to see you, to give you some spiritual benefit that will strengthen you- I mean, that we may be mutually encouraged by each other’s faith, yours and mine. I want you to know, my brothers and sisters, that I have often intended to come to you -but have been prevented until now- so that I could work fruitfully amongst you, as I have done amongst other peoples. To Greeks and barbarians, wise and unwise, I am under obligation, so for my part I am eager to announce the Joyful News to you in Rome as well.

I am shameless about the Joyful News, since it is the rescuing power of God for everyone who trusts in him, for the Jew first and also for the Greek. For the saving justice of God is unveiled in it, from his trust to ours, as the scripture says, “The just will live by trust.” (Translated M Mair 2016)

We should remember that there would have been a strong oral/ aural dimension to this letter – Paul would have dictated it to his scribe, and most Roman Assembly members would have heard it being read aloud in the Assembly. Elements of Paul’s style, the repetitions, parenthesis and explanatory clauses, may be due to his habit of dictation, and would have been understood as such by some of his hearers at least. 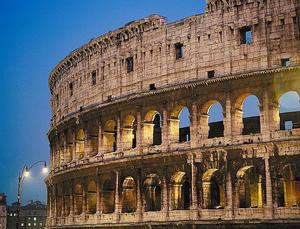 Paul introduces himself by his Greek name and his function as an Emissary. It seems to have been understood amongst thenAssemblies that Emissaries had been appointed in an encounter with the risen Jesus, whose “appearances” had ceased and were replaced by the experience of the Holy Spirit. For Paul this function was all-important, confirming his mission and guarranteeing his equality with the Emissaries who had been with Jesus throughout his ministry. The vehemence with which Paul defends his right as an Emissary, in Galatians and Corinthians is tribute to his understanding of the equality of believers: he does not have an authoritative status, but rather a missionary function, which has to be defended by argument and not authority. Here he gives no CV so we can assume his reputation was known to at least some of the Roman Assembly.

Paul believed that Jesus was always son of God throughout his ministry and  execution, but that he was accorded his true status by his resurrection through God’s spirit. The king’s eldest son is always the king’s son, but he is accorded that status when installed as Dauphin or Prince of Wales, or put in charge of his father’s kingdom. This Jesus, Lord of Jews and Romans, is the one who has given Paul his task as an Emissary. In emphasising Jesus’ authority Paul does not forget to mention that he was a Jewish human being.

The specific kindness or favour that Paul has received from Jesus is his risen appearance to Paul. We should not identifybthis with the legendary account in Acts, tge famous Damascus road incident, but rather with Paul’s laconic statements that “it pleased God to reveal his son in me” (Galatians) and “last of all, as if to an aborted life, he appeared to me.” ( 1 Corinthinas 15) Paul’s use of the Greek “charis” has been debated by scholars more emminent than me, over the centuries. i want to emphasise that his usage comes from secular hellenistic culture in which the giving and receiving of favours was a vital social lubricant. Paul sees Jesus as  God’s intermediary in communicating his benevolence to him, by means of a favour, his risen presence. 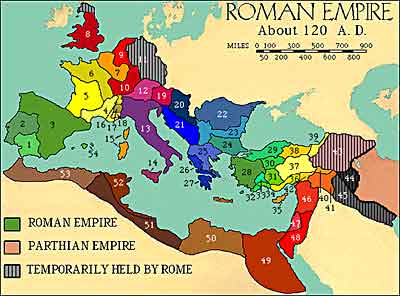 Thanksgiving for the recipient of your letter was good Greek etiquette. Paul uses it to praise the Romans’trust in God of which he has heard, although they had become believers through other emissaries. Paul does not want to be misunderstood as correcting any elements of the Romans ‘ belief, but rather as adding to it. He protests that he has  always wanted to be with them in person, and he still hopes to do so. His job is simply to announce the Joyful News of Jesus’ God-given victory over the powers of evil that had him executed. Although eventually the Greek euangellion became a technical term for the Christian message, here it retains the sense of Isaiah’s “glad tidings” to the liberated slaves of Babylon, that their God is with them as a shepherd (Isaiah 40). It is by means of this message that Paul’s work is “fruitful.”

Paul’s sense of obligation ( literally a debtor)  to Greek and barbarians is due to his role as the one selected by God to deliver  to them his favour, the Joyful News of Jesus, which Paul goes on to define more clearly. The Joyful News unveils the “rescuing justice” of God, by which human beings are set free from their captivity by the powers of evil, through the life and death and resurrection of Jesus. The little phrase in Greek, “from trust to trust” is vital here: it means from God’s trust in human beings to their trust in God. The rescue involves cooperation. It is offered by God through Jesus as an expression of trust in humanity; it is answered by humanity in Jesus as an expression of their trust in God.