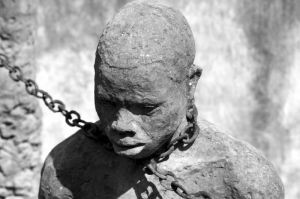 Do not allow Sin to rule in your mortal body to make you obey its desires.And do not offer parts of your body as instruments of wrongdoing but offer yourselves to God as people raised from death to life and your bodily parts to God as instruments of justice. For Sin should have no dominion over you as you are not under Law but under God’s kindness. So what now? Will we continue sinning because we are not under Law but under kindness? Surely not! Don’t you know that if you offer yoursleves to anyone as slaves to command, you are indeed slaves of the one you obey, whether you are slaves of Sin, which leads to death, or of God whose rule leads to justice.But God be praised, though you were once slaves of Sin, now you wholeheartedly obey the pattern of teaching to which you have been handed over; for now that you have been set free from Sin, you are slaves of God’s justice.

I’m speaking in this all too human fashion because of the weakness of your natural humanity. Just as once you offered parts of your body as slaves to unclean habits, to grow in  lawlessness, so now you must offer them as slaves to God’s justice, to grow in holiness.For when you were slaves of Sin you were free from justice. But what benefit were you getting from actions of which you’re now ashamed? In fact, these lead to death. But now that you’ve been set free from Sin and are enslaved to God, you have the benefit of growth in holiness which leads to eternal life.

Sin pays you a wage, which is death; but God freely gives you eternal life in Messiah Jesus, our Lord.

Bob Dylan, who has just received the Nobel Pize for Literature was perhaps thinking of this passage when he wrote,

It may be a bit crisper than Paul, but then again Paul thought of it first.Paul’s analysis of human existence as offering only a choice of slaveries, may not fit our notion of moral autonomy, that we can freely choose who we shall be and what we shall do, but it made sense to the (then) middle-aged bard. 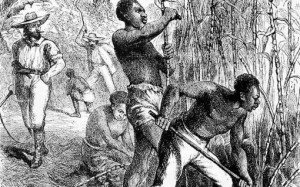 Paul’s world is ruled by transhuman powers, who are conventionally placed “in the heavens” from where they can dominate human lives and institutions. Today we might see them as social, political, economic and cultural structures, as for example “globalisation” or “capitalism” names that describe vast ranges of human transactions, and almost give personality to their power. We recognise, I think that certain forms of economic behaviour can make us “slaves of capitalism” even if they originally seemed smart moves for our own benefit.

Paul thought that human beings created these false Gods by their “worship” of created things, for example by their greed for money or power, and were blind to their enslavement by their idols.Above all he saw this as the result of rejecting the Creator God. But he could see that even his Creator- worshipping compatriots could create a false God out of the Torah, which became for them an enslaving power.

As he shows in this passage, slavery to an idol captures the whole person; it is bodily as well as mental and spiritual. The neural and physical pathways of the body become also pathways of the Power.”Sin” is Paul’s name for the human arrogance which leads to human enslavement.

Rescue from this predicament is not easy as it involves the transfer of allegiance from a power that enslaves to a power that liberates. This is first of all seen as a free transfer from one “master” to another. Worship involves surrender of one’s free will. In the case of the Creator God, surrender means response to the joyful news of his/ her kindness towards us, and a trust which offers obedience to God. This “slavery” is for our own protection, as it involves rejecting the arrogance of self-determination and acceptance of a humility that ackowledges our weakness. The believers in Rome have been “handed over” (as in a transfer of slaves) to a “pattern of teaching” which they now obey. It is not that God wants slaves, but rather that only an obedient allegiance to the true God can save people from the power of idols. 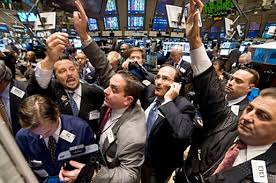 Paul sums up all this by characterising Sin as offering a wage contract which will give the sinner his due: death; whereas God offers a new obedience with an added free gift: eternal life. God was there before the supermarkets.

Paul’s language and conceptual framework are not ours, and it is therefore easy to reject his teaching about “Sin” as irrelevant. In fact his grasp of human being as the battlefield of competing powers allows him to do justice to the individual and communal aspects of human being, and to the severity of the human predicament. He woud not have been surprised by the criminal bombing of Aleppo.

We may question whether Paul’s use of the image of slavery reveals a lack of abhorrence of the institution itself. Jesus, too, illustrated his teaching with stories about slaves.