Yes, the Law is holy and the commandment is holy, just and good. So did something good become death to me? Not at all! Rather it was Sin, flaunting its sinfulness, that produced death in me through something good, in order that through the commandment Sin might become outstandingly sinful.

I know that the Law is spirtual but I am a flesh and blood person, sold to Sin. I don’t understand my own actions, for I don’t do what I want, but I do what I hate. And if I do what “I don’t want”, I show that actually I agree with the Law, that it is good. So in this, “I” am no longer the agent, but Sin who makes his home in me. Indeed I know that nothing good makes its home in me – in my flesh and blood self, I mean. Wanting to do good is part of my nature, but doing it is not. I fail to do the good I want, but I do the evil I don’t want. I discover it to be a law that when I want to do good, evil makes its presence felt. I delight in God’s Law in my inmost being, but I see in the limbs and organs of my body another law, battling against the law of my mind, making me prisoner to the law of Sin, that makes its home in my body. Miserable human creature that I am, who will rescue me from this body that brings death? Praise God, it happens through Jesus Messiah our Lord! 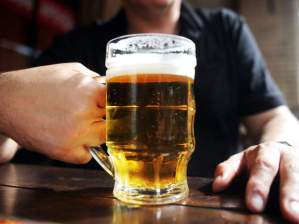 You can’t spend time on this passage without admiring Paul’s effort of understanding and expression. The “I” in this passage is not Paul, but humanity. His experience is especially of Jewish humanity, with its commitment to the Law of God, but given that he has credited decent Gentiles with being a Law for themselves, I think he intends his analysis to be universal.

Astonishingly he sees moral law, Jewish Torah and doubtless gentile moral philosophy, as  the effective location of Sin. The naming of the forbidden behaviour offers an advantage to the power of Sin which uses the prohibition to arouse desire for the forbidden thing. Perhaps Paul saw the story of Adan and Eve in this way: the prohibition of eating from the tree of knowledge was used by the power of Sin to make the eating desirable. Of course the reader has to interpret Paul’s continual personification of Sin and Death as spiritual powers. He saw these as rooted in human arrogance and idolatry, but having developed a trans-personal identity:the forbidden tree grows from the human heart but it overshadows all humanity and all human beings have eaten its fruit. The knowledge it gives is power and also death as a quick glance at the middle east will confirm. As a former Pharisee, Paul is in a good position to arguethat a strict regime of Law does not erradicate evil, because he has his own violent sectarianism to use as evidence. Human sin is more effective in this world than the Law of God, he argues, and both biblical and historical witness seems to concur.

He goes on however to characterise the propenisity of human beings to do wrong, as addictive behaviour. I say this from a close acquaintance with such behaviour in myself and others. Paul’s description of his wish to do right, and his disability to put his wish into practice, is familiar to all addicts, as is his discovery of the law imprinted in his somatic system, which battles against the law approved by his mind. His outcry, “Miserable human creature that I am, who will rescue me from this body that brings death?” expresses the despair and longing of many addicts.

Does it make sense to describe human evil in these terms?

There is a wonderful essay by Gregory Bateson in “Steps towards an ecology of mind” which analyses the philosophy of Alcoholics Anonymous as a realistic therapy for all forms of human addiction. He would have answered the question above with a qualified yes, which is my response also. Paul’s revolutionary analysis deserves respect in the face of shallower and more hopeful analyses of the human condition.