At this his disciples came back; and they were astonished that he was talking with a woman but nobody said, “What are you after?” or “Why are you talking with her?”

Then the woman left her water jar and went off into town, and said to the people, “Come and see a man who told me evertything I ever did! Maybe this is the Messiah!”

So they went out of the town and made their way towards him. Meanwhile his disciples were begging him saying, “Rabbi, eat.”

Jesus said to them, “I have food to eat of which you know nothing.”

So the disciples said to one another, “Nobody brought him anything to eat, did they?”

Jesus said, “My food is to do the will of the one who sent me and to complete his work. Don’t you say,’ Four more months then the harvest comes’? Waken up, lift your eyes and see that the fields are already white for harvest. Already the Reaper has been employed and is gathering fruit for the life of the world to come, so that the Sower and the Reaper may share their delight. For in this instance the saying is true, ‘One sows and another reaps.’ I sent you to  reap where you did not labour. Others have laboured and you have entered into their toil.”

Now many Samaritans from that town trusted in him because because of the woman’s word of witness: “He told me everything I ever did.” So when the Samaritans came to Jesus, they begged him to stay with them, and he did stay there for two days. And many more people put their trust in him because of his teaching. They said to the woman, “Now we put our trust in him, no longer because of what you said, for we have heard him ourselves, and we know that this is truly the Rescuer of the world.” 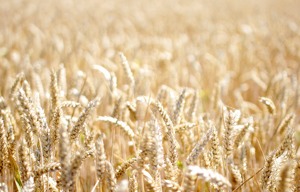 The author sees Jesus’ entry into Samaritan territory as an important part of his mission. He ventures beyond Judaea into the old lands of the northern kingdom of Israel. This may be an indicator of his constant use of Judaeoi or Judaeans for those who reject Jesus. Perhaps he is writing as from the standpoint of Israel/ Judah as a whole, seeing the religion of Judaea as an obstacle to the truth.

The woman, whom we know as having a poor reputation, makes a powerful witness to Jesus when she describes him as a man who told her everything she ever did. Her fellow Samaritans would recognise the cost of this declaration. The reader is reminded that Jesus is the one who brings  “aletheia” meaning un-concealment, a rigorous uncovering which frees people from deception and shame.

The discussion about Jesus’food leads to his teaching that obedience to the father is his food. His daily bread is his work for God, and not just his ongoing work but the completion of that work, which is not fully revealed until his last word on the cross, “It is completed.” We may ask about the nature of this work of God assigned to Jesus. Surely it is the work of creation described at the start of this Gospel, the work of God’s Creative Wisdom made flesh, who is also known as the Humane Ruler. I think it possible that this author saw the day of Jesus’ death as the end of the 6th day of creation, the day after as the day of God’s rest from work and the third day as  the beginning of God’s New World.

It’s difficult to work out exactly to whom the agricultural metaphors refer. Jesus is trying to shake the dsiciples into awareness that the “harvest” has already begun; there is no delay. Jesus has already been sowing and the father has already been reaping. This means, people have already turned towards the truth through Jesus’ mission, and the father has joyfully gathered them.The disciples are employed as auxiliary reapers to bring in God’ harvest of trusting people. This is of course a task which continued in the Christian Assemblies for whom the Gospel was written. Doubtless Jesus’ is also acknowledging the labours of Moses and the prophets.

The Samaritans offer a model of conversion. Firstly they turn to Jesus because of the evangelical witness of the woman; afterwards, they know Jesus for themselves and put their trust in him. The word of the witness is only a stage on the way to personal faith. The word I have translated “Rescuer” is Greek “soter”, usually translated as “Saviour”.It is not at all common in this Gospel or indeed in the earlier literature of the Assemblies of Jesus.In Greek it is used of powerful people like Julius Caesar. It translates the Hebrew “moshia”, a rescuer, often used of God.