This blog continues a commentary on the KJV of Hebrews

2 For by it the elders obtained a good report.

3 Through faith we understand that the worlds were framed by the word of God, so that things which are seen were not made of things which do appear.

4 By faith Abel offered unto God a more excellent sacrifice than Cain, by which he obtained witness that he was righteous, God testifying of his gifts: and by it he being dead yet speaketh.

5 By faith Enoch was translated that he should not see death; and was not found, because God had translated him: for before his translation he had this testimony, that he pleased God.

6 But without faith it is impossible to please him: for he that cometh to God must believe that he is, and that he is a rewarder of them that diligently seek him.

7 By faith Noah, being warned of God of things not seen as yet, moved with fear, prepared an ark to the saving of his house; by the which he condemned the world, and became heir of the righteousness which is by faith.

8 By faith Abraham, when he was called to go out into a place which he should after receive for an inheritance, obeyed; and he went out, not knowing whither he went.

9 By faith he sojourned in the land of promise, as in a strange country, dwelling in tabernacles with Isaac and Jacob, the heirs with him of the same promise: 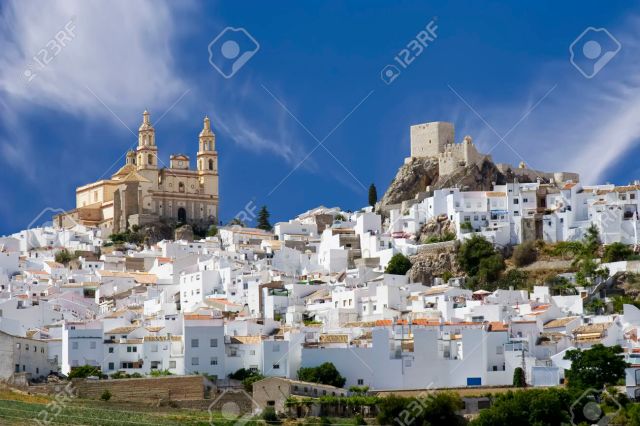 A city with foundations

10 For he looked for a city which hath foundations, whose builder and maker is God.

11 Through faith also Sara herself received strength to conceive seed, and was delivered of a child when she was past age, because she judged him faithful who had promised.

12 Therefore sprang there even of one, and him as good as dead, so many as the stars of the sky in multitude, and as the sand which is by the sea shore innumerable.

13 These all died in faith, not having received the promises, but having seen them afar off, and were persuaded of them, and embraced them, and confessed that they were strangers and pilgrims on the earth.

14 For they that say such things declare plainly that they seek a country.

15 And truly, if they had been mindful of that country from whence they came out, they might have had opportunity to have returned.

16 But now they desire a better country, that is, an heavenly: wherefore God is not ashamed to be called their God: for he hath prepared for them a city. 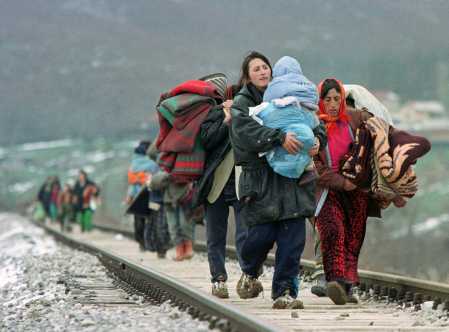 Strangers and pilgrims on earth

17 By faith Abraham, when he was tried, offered up Isaac: and he that had received the promises offered up his only begotten son,

18 Of whom it was said, That in Isaac shall thy seed be called:

19 Accounting that God was able to raise him up, even from the dead; from whence also he received him in a figure.

21 By faith Jacob, when he was a dying, blessed both the sons of Joseph; and worshipped, leaning upon the top of his staff.

22 By faith Joseph, when he died, made mention of the departing of the children of Israel; and gave commandment concerning his bones.

23 By faith Moses, when he was born, was hid three months of his parents, because they saw he was a proper child; and they were not afraid of the king’s commandment.

24 By faith Moses, when he was come to years, refused to be called the son of Pharaoh’s daughter;

25 Choosing rather to suffer affliction with the people of God, than to enjoy the pleasures of sin for a season;

26 Esteeming the reproach of Christ greater riches than the treasures in Egypt: for he had respect unto the recompence of the reward.

27 By faith he forsook Egypt, not fearing the wrath of the king: for he endured, as seeing him who is invisible.

28 Through faith he kept the passover, and the sprinkling of blood, lest he that destroyed the firstborn should touch them.

29 By faith they passed through the Red sea as by dry land: which the Egyptians assaying to do were drowned.

30 By faith the walls of Jericho fell down, after they were compassed about seven days.

31 By faith the harlot Rahab perished not with them that believed not, when she had received the spies with peace.

32 And what shall I more say? for the time would fail me to tell of Gedeon, and of Barak, and of Samson, and of Jephthae; of David also, and Samuel, and of the prophets: 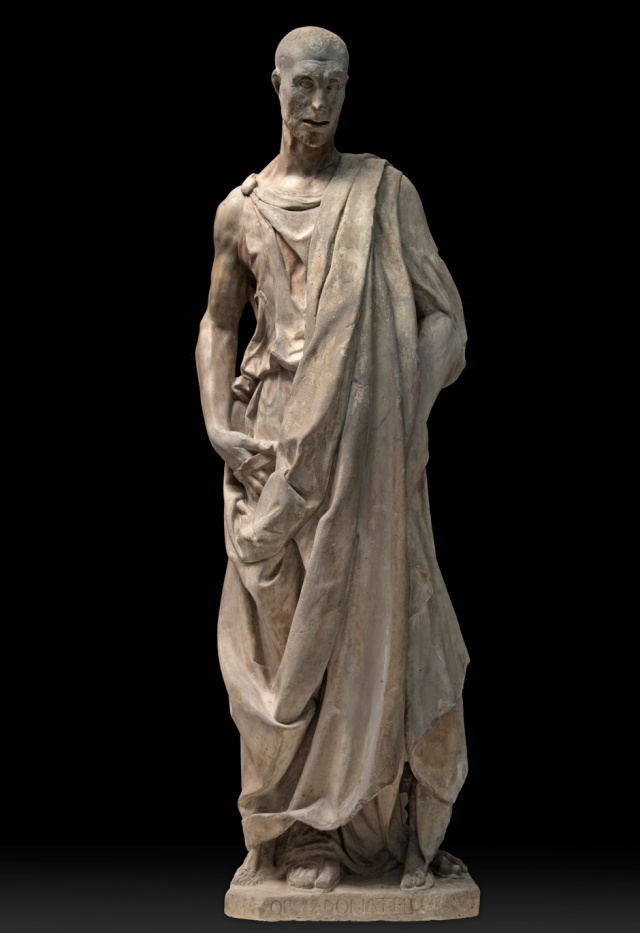 34 Quenched the violence of fire, escaped the edge of the sword, out of weakness were made strong, waxed valiant in fight, turned to flight the armies of the aliens.

35 Women received their dead raised to life again: and others were tortured, not accepting deliverance; that they might obtain a better resurrection:

36 And others had trial of cruel mockings and scourgings, yea, moreover of bonds and imprisonment:

37 They were stoned, they were sawn asunder, were tempted, were slain with the sword: they wandered about in sheepskins and goatskins; being destitute, afflicted, tormented;

38 (Of whom the world was not worthy:) they wandered in deserts, and in mountains, and in dens and caves of the earth.

39 And these all, having obtained a good report through faith, received not the promise:

40 God having provided some better thing for us, that they without us should not be made perfect.

This passage is one of the great triumphs of the King James’ translators; it is accurate, literal and thoroughly English. It’s a pity that it is seldom read in churches today.

The first thing it gets right in my opinion is the translation of the Greek words “hupostasis” and “elenchos”, which are often in modern bibles are rendered as assurance and conviction, that is, as referring to attributes of the believer, rather than as here, substance and evidence, referring to the objective effects of faith/trust. Faith provides a basis for hope and the evidence for spiritual reality. Indeed, the rest of this magnificent riff spells out by virtue of examples these effects of faith, which always reaches beyond present and material reality to grasp God’s promises. That’s why it can endure suffering and contradiction. Although there are points of contact, this conception of faith is different from that of St Paul, and deserves to be appreciated for its distinctiveness.

The slightly awkward wording of verse 3 pushes the reader to think of creation as the making of a new reality rather the re-arranging of existing materials.

In verse 6 the author gives a definition of “faith”

Noah is the first example of this “faith against the odds”: he alone trusts in the purpose of God, although he has no material evidence for his faith. Then Abraham is selected as the exemplar of faith because a) he responds to God’s call; b) he journeys without knowing his destination;  c) even in the land of promise he remains a nomad because he is seeking a “city with foundations”, that is, one that would outlast the accidents of history, designed and built by God. The phrase used of Sarah “strength to conceive seed” is strange and unique, but certainly gives her an equally active role in the conception of Isaac. Verse 12 is eloquent in Greek, with its quotation from Genesis 22 but the KJ translation of it is one of the great beauties of English prose, miming the grandeur of God’s promise to Abraham and his seed.

The city of God

The patriarchs of Israel are said to have died without having received the things God had promised but were content to have seen them as it were from a distance, acknowledging that they were “strangers and pilgrims” on the earth, a phrase that echoes in the experience of so many people of faith: God’s goodness will be sought in the land of the living but will never be fully found. The author explains that this recognition is also the desire for a “better country”, which is a heroic expectation that might put even God to shame, but in this case, “God is not ashamed to be called their God” for “he hath prepared  for them a city.” The city is not described but is linked to the resurrection of Jesus of whose death and resurrection the binding and releasing of Isaac is an image (figure).

After the patriarchs the author turns to Moses, whose faith involves costly identification with God’s suffering people, which is in turn is linked to the “reproach of Christ,” meaning the humiliation of God’s chosen one(s). His faith was able to see beyond these to the promised reward. His faith in the invisible God allowed him to withstand the power of Pharaoh. Again the capacity of faith to face worldly reality while trusting in heavenly reality is emphasized. Even the prostitute Rahab is credited with faith because her hiding the Jewish spies is so reckless an act of trust in them and their mission.

Verses 32 to the end of the section is a great peroration, which rings with famous names all of whom lived dangerously as part of God’s people, showing courage not only in occasional victories but also in frequent defeat and suffering. Extreme cruelties could not crush their hope or extinguish their faith.

“Of whom the world was not worthy”! Thus astonishing judgement says that the world is not worthy of its best men and women, whose true citizenship, it hints, is of the city of God.

But then comes the even more astonishing assertion that all of these great exemplars of faith died without receiving what God had promised because God had planned a “better thing” for us, that is, the new covenant mediated by Jesus, so that they (the saints of faith) and we (the people of Jesus) should be made perfect together. At the last, the faith which has been the basis of hope and the evidence of spiritual reality, finds its fulfilment.