PSALM 75 To the choirmaster, tune: Do not destroy, an Asaph psalm, a song

We call on your name and number your marvels.

“On the date that I decree

I will judge with justice.

When the earth and its lodgers tremble

I will prop up its pillars.

I say to the proud, Don’t praise yourselves,

And to the wicked, Don’t raise your horns like a ram.

Don’t raise your horns up on high

Or threaten the Rock with arrogance.”

not from the wilderness does exaltation come,

But it is God who gives good judgement

Humbling one and raising another on high.

For there is a cup in the hand of the Lord

Out of the cup of his wrath he pours it.

No doubt the wicked of the world will drink it,

They will drink it down to the dregs!

As for me, I will proclaim his praise forever;

I will make music to the God of Jacob.

“I will chop off all the horns of the wicked

But the horns of the just will be honoured.” 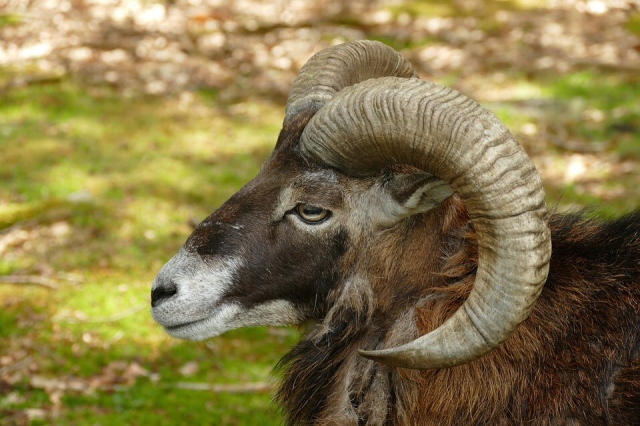 There is no easy correlation between the Hebrew and English connotations of “horn”, which has lead some modern translators to abandon the metaphor in favour of words like strength, pride, arrogance etc. I have resisted this trend because a) I favour as literal a translation as possible, and b) I think it’s good for English speakers to realise that the bible is a foreign text.

This psalm has at least two voices: that of the psalmist and that of God. There are no quotation marks in the Hebrew so the translator may either simply attend to the words and leave the reader to decide who is speaking, or like me, may indicate a change of speaker with quotation marks.

The initial couplet looks to me as if it is a choral response or antiphon, which may have been sung also in the middle and at the end of the psalm, emphasising the people’s response to God’s actions.

The words given to God by the psalmist emphasise the independence and creativity of God, who takes human actions into account but is in no way determined by them. The mighty people of earth may seem to shake its stability, but God, the creator supports the pillars which biblical writers imagined as holding the earth above the waters of chaos. Those who think they control the earth are described as “raising their horns” like an alpha male animal displaying its power. The futility of this behaviour in humans is depicted as “threatening the Rock with arrogance” – it is comically beyond its capacity.

To be “exalted, raised up,” becomes the theme of the psalm. The power to lift a people up does not come from the surrounding nations, nor even from the desert where Israel once found its power, but only from the God of the Torah who “puts down the mighty from their seats/ and has exalted the humble and meek.” The quatrain of the psalm which depicts God’s good judgement, Hebrew “mishpat” is very simple and effective.

Prophets, such as Isaiah and Jeremiah had developed the image of wine poured out by God which inflames and intoxicates the wicked, so that their arrogance leads to their destruction. I have added the words “of his wrath” in this section to make it comprehensible. The notion of people drunk with evil is common because true to human experience. Why did Napoleon and Hitler attack Russia? Because they were intoxicated with their own power.

The psalm ends by contrasting God’s response to the respective horns of the wicked and the just.