2 You have surely heard the way in which God entrusted me with the grace he gave me for your sake; 3 he made known to me by a revelation the mystery I have just described briefly- 4 a reading of it will enable you to perceive my understanding of the mystery of Christ. 5 This mystery, as it is now revealed in the Spirit to his holy apostles and prophets, was unknown to humanity in previous generations: 6 that the gentiles now have the same inheritance and form the same Body and enjoy the same promise in Christ Jesus through the gospel. 7 I have been made the servant of that gospel by a gift of grace from God who gave it to me by the workings of his power.

8 I, who am less than the least of all God’s holy people, have been entrusted with this special grace, of proclaiming to the gentiles the unfathomable treasure of Christ 9 and of throwing light on the inner workings of the mystery kept hidden through all the ages in God, the Creator of everything. 10 The purpose of this was, that now, through the Church, the principalities and ruling forces should learn how many-sided God’s wisdom is, 11 according to the plan which he had formed from all eternity in Christ Jesus our Lord. 12 In him we are bold enough to approach God in complete confidence, through our faith in him.

The ruling powers of the world, which are the elevated powers of human greed, power, and lust, are to discover with shock that their empire (and this includes the Roman one in which this letter was written!) is being undermined by God’s wisdom in creating one new people, formed and bonded in love. St. Augustine wrote of the City Of God growing within the Earthly City. In Jesus the rejected Messiah, God has provided an ekklesia, (Not “church” but assembly, gathering, convocation) of all races which offers parrhesia (freedom of speech) not only towards rulers, as in Greek democratic assemblies, but even towards God.

part of one world- wide convocation?

This doctrine of the church challenges Christian people today to live as equal partners in a world-wide convocation, called together by God to demonstrate the mystery of his love.

Yes, but where do we start? We start right where we are, in Scotland, Canada, or Russia, by getting rid of the comfortable and spiky localism (we’re alright here, thanks) which denies our calling. It was said by the Rabbis, “A prayer that’s not for the whole of Israel is not a true prayer.” For us, neither prayer nor practice which is not for the whole people of God can be truly Christian.

39 You may be quite sure of this, that if the householder had known at what time the burglar would come, he would not have let anyone break through the wall of his house. 40 You too must stand ready, because the Son of man is coming at an hour you do not expect.’

41 Peter said, ‘Lord, do you mean this parable for us, or for everyone?’

42 The Lord replied, ‘Who, then, is the wise and trustworthy steward whom the master will place over his household to give them at the proper time their allowance of food? 43 Blessed that servant if his master’s arrival finds him doing exactly that.

44 I tell you truly, he will put him in charge of everything that he owns.

45 But if the servant says to himself, “My master is taking his time coming,” and sets about beating the menservants and the servant-girls, and eating and drinking and getting drunk, 46 his master will come on a day he does not expect and at an hour he does not know. The master will cut him off and send him to the same fate as the unfaithful. 47 ‘The servant who knows what his master wants, but has got nothing ready and done nothing in accord with those wishes, will be given a great many strokes of the lash. 48 The one who did not know, but has acted in such a way that he deserves a beating, will be given fewer strokes. When someone is given a great deal, a great deal will be demanded of that person; when someone is entrusted with a great deal, of that person even more will be expected.

One of the greatest challenges of the early church was dealing with its first faith that the return of Jesus was imminent. There’s no doubt that the first Christians understood Jesus to have promised a swift return and that missionaries like Paul carried this message as part of their gospel.

By the time Luke was writing (AD 85?) this expectation had waned somewhat, although of course it can flare up any where at any time. The rapture nonsense afflicting many American churches proves this. But it flares up because this eschatology is there in scripture. What are we to do with it? 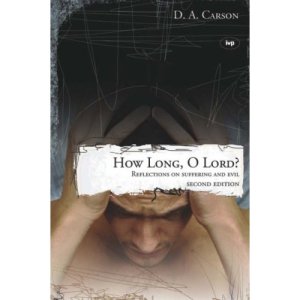 Luke imagines that time is given for the preaching of the gospel throughout the world-a task which is never complete, as new humans are born every minute. As this task is carried out, the absent Master’s servants, especially those with authority, are to behave as if He might return at any minute, keeping everything as he would wish to find it. He uses Jesus’ parable to issue a warning to careless and self-seeking church leaders, who think, “The master’s a long time coming.” They should always attend to the cry of suffering people, “How long, O Lord?”

A sober watchfulness is the best interpretation of the prophecies of the Lord’s return.