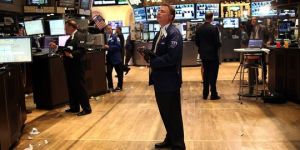 16 On the morning of the third day there was thunder and lightning, as well as a thick cloud on the mountain, and a blast of a trumpet so loud that all the people who were in the camp trembled.17Moses brought the people out of the camp to meet God. They took their stand at the foot of the mountain.18Now Mount Sinai was wrapped in smoke, because the Lord had descended upon it in fire; the smoke went up like the smoke of a kiln, while the whole mountain shook violently.19As the blast of the trumpet grew louder and louder, Moses would speak and God would answer him in thunder.20When the Lord descended upon Mount Sinai, to the top of the mountain, the Lord summoned Moses to the top of the mountain, and Moses went up.21Then the Lord said to Moses, ‘Go down and warn the people not to break through to the Lord to look; otherwise many of them will perish.22Even the priests who approach the Lord must consecrate themselves or the Lord will break out against them.’23Moses said to the Lord, ‘The people are not permitted to come up to Mount Sinai; for you yourself warned us, saying, “Set limits around the mountain and keep it holy.” ’24The Lord said to him, ‘Go down, and come up bringing Aaron with you; but do not let either the priests or the people break through to come up to the Lord; otherwise he will break out against them.’25So Moses went down to the people and told them.

head of a prophet (Michelangelo)

While the Lord’s warnings are all directed via Moses to the people, the reader can’t help thinking of the effect on Moses who, as prophet and intermediary, puts himself within the sphere of this terrifying God. This is part of the prophetic tradition in Israel, which it shares with other cultures where seers and shamans are also at risk. The tradition bears witness that to have commerce with One who is not of this world and to dare to speak on behalf of such a being is to put one’s own life at risk. In this encounter even the bravest heart and the wisest mind may fail. Only truth that is not “of this world” can truly serve the people of this world; and the prophet has to meet it and declare it.

Yet, as we shall see the commandments of God are surely the well-honed wisdom of generations of ordinary, worldly people. Why do we need God to tell us that stealing is wrong? The short answer is that the gifts of the transcendent God have to be discovered by their human recipients, but they have to be received as gifts nevertheless. Jesus , through the tradition of his people’s faith and through his own radical wisdom was able to provide a new teaching which had authority, yet he spoke of “having received all things from my father.” God’s giving does not preclude human effort; nor does human effort nullify God’s grace.

The Baptism of Jesus

13 Then Jesus came from Galilee to John at the Jordan, to be baptized by him.14John would have prevented him, saying, ‘I need to be baptized by you, and do you come to me?’15But Jesus answered him, ‘Let it be so now; for it is proper for us in this way to fulfil all righteousness.’ Then he consented.16And when Jesus had been baptized, just as he came up from the water, suddenly the heavens were opened to him and he saw the Spirit of God descending like a dove and alighting on him.17And a voice from heaven said, ‘This is my Son, the Beloved,*with whom I am well pleased.’ 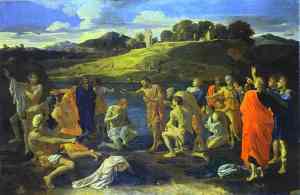 the beloved with his brothers and sisters

This story allows me to expand on what I wrote above. Jesus refuses to by-pass the weakness and sinfulness of his fellow human beings. John is for Jesus a prophet who has declared God’s truth to the whole people and as one of the people he also comes to “do what is right” by seeking a new beginning for his life. In the moment of his identification with the sinful people of God, he experiences his own life as given and confirmed by the One who is not of this world (The heavens are opened), “You are my son, the beloved”. The gentleness symbolised by the dove is different from the fire and thunder of Sinai but just as clear a mark of the bond between God and his chosen one. Henri Nouwen has written a good book (“The life of the Beloved”)  about entering into this experience of Jesus and accepting oneself as the “beloved of God”. If you can find a copy, read it and recognise that you also in the strength and weakness of your earthliness, are a son or daughter of God.