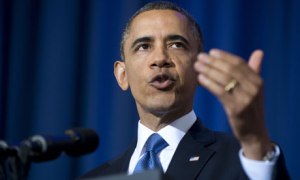 Yeah but “quis custodiet ipsos custodes?” (Who will guard the guards?)

The Covenant Renewed in Moab

Moses summoned all Israel and said to them: You have seen all that the Lord did before your eyes in the land of Egypt, to Pharaoh and to all his servants and to all his land, the great trials that your eyes saw, the signs, and those great wonders. But to this day the Lord has not given you a mind to understand, or eyes to see, or ears to hear. I have led you for forty years in the wilderness. The clothes on your back have not worn out, and the sandals on your feet have not worn out; you have not eaten bread, and you have not drunk wine or strong drink—so that you may know that I am the Lord your God. When you came to this place, King Sihon of Heshbon and King Og of Bashan came out against us for battle, but we defeated them. We took their land and gave it as an inheritance to the Reubenites, the Gadites, and the half-tribe of Manasseh. Therefore diligently observe the words of this covenant, in order that you may succeed in everything that you do.

You stand assembled today, all of you, before the Lord your God—the leaders of your tribes, your elders, and your officials, all the men of Israel, your children, your women, and the aliens who are in your camp, both those who cut your wood and those who draw your water— to enter into the covenant of the Lord your God, sworn by an oath, which the Lord your God is making with you today; in order that he may establish you today as his people, and that he may be your God, as he promised you and as he swore to your ancestors, to Abraham, to Isaac, and to Jacob. I am making this covenant, sworn by an oath, not only with you who stand here with us today before the Lord our God, but also with those who are not here with us today. 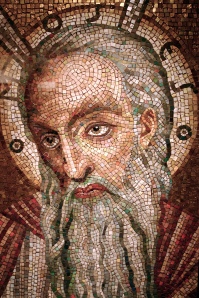 This passage was composed maybe as much as 1000 years after Moses time. (If there ever was a historical Moses). The author is therefore asking his/her readers to imagine themselves standing before God and making this covenant. That is a dramatization of the great truth  that no generation of Israelites can take the covenant for granted but rather every generation must renew it. The author has Moses specifically include later generations in the covenant event (“But also with those who are not with us today”) so that every subsequent generation will make the covenant its own by active commitment and renewal. In Messianic Judaism (Christian Judaism) today, the congregation stands when this passage is read.

To what extent can Christian believers re-enact this covenant as their own? Is it not specifically Jewish and for Christian believers has it not been replaced by the “new covenant” with God through Jesus Messiah? It seems as if there may be real difficulty:

1. Christian believers are not “Israel”, that is, not a single race with a single history.

2. St Paul viewed the Covenant of the Law as a bringer of death; those who fail to keep it will die. God offers a “law of life” only through Jesus.

3. “Israel” rejected the One whom Christians believe is their Messiah; how can Christians identify with “Israel”?

These look convincing until we remember that Jesus Messiah belonged within this covenant. He stated that he’d come to fulfil the Law not to destroy it. The Christian Church has always claimed that the true meaning of the Old Testament is only revealed to those who see in the light of Christ. So:

1. Out of respect, Christian believers should not pretend to be “Israel”. Jewish believers have their own integrity. But Christians should approach the covenant of God’s Law as those who have put their trust in Jesus Messiah.

2. Through him, Christians know that God’s rule sometimes demands even greater righteousness than the Law.

3. Through him, however they also know that the Law is not a means of salvation, but guidance for those who already know themselves through Jesus Messiah as God’s dear children and want to walk in the ways of the Father. 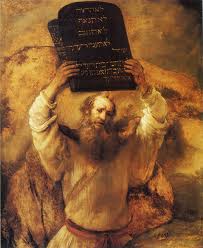 “No one’s gotten near enough…t’s still quite perfect” Moses’ anger.

For these reasons, it’s possible, indeed desirable for Christian believers to accept Moses invitation to stand alongside the ancient people of God, in accepting the yoke of the Law, while trusting that in Jesus, this “yoke is  easy and this burden is light.” In this way the marvellous heritage of Jewish faith and Law is available to Christianity but does not define it.

When the Hasidic master, the Baal Shem Tov, commented on Psalm 19, “the Law is of the Lord is perfect” he said, “It is indeed perfect. No one has ever gotten near enough to touch it. It’s still quite perfect.” While appreciating his beautiful irony, Christians want to object that what he says is true… with One exception.

(In this blog I’ve put “Israel” in quotation marks to show that I’m not talking about the modern nation state of Israel, which is founded, like the biblical Israel, on the theft of others’ land.)