33 “But we are descendants of Abraham,” they replied, “and we have never in our lives been any man’s slaves. How can you say to us, ‘You will be set free’?”

34-38 Jesus returned, “Believe me when I tell you that every man who commits sin is a slave. For a slave is no permanent part of a household, but a son is. If the Son, then, sets you free, you are really free! I know that you are descended from Abraham, but some of you are looking for a way to kill me because you can’t bear my words. I am telling you what I have seen in the presence of my Father, and you are doing what you have seen in the presence of your father.”

Jesus answered, “If you were the children of Abraham, you would do the sort of things Abraham did. But in fact, at this moment, you are looking for a way to kill me, simply because I am a man who has told you the truth that I have heard from God. Abraham would never have done that. No, you are doing your father’s work.” “We are not illegitimate!” they retorted. “We have one Father—God.”

42-47 “If God were really your Father,” replied Jesus, “you would have loved me. For I came from God, and I am here. I did not come of my own accord—he sent me, and I am here. Why do you not understand my words? It is because you cannot hear what I am really saying. Your father is the devil, and what you are wanting to do is what your father longs to do. He always was a murderer, and has never dealt with the truth, since the truth will have nothing to do with him. Whenever he tells a lie, he speaks in character, for he is a liar and the father of lies. And it is because I speak the truth that you will not believe me. Which of you can prove me guilty of sin? If I am speaking the truth, why is it that you do not believe me? The man who is born of God can hear these words of God and the reason why you cannot hear the words of God is simply this, that you are not the sons of God.”

Jesus’ point about the status of a slave is not really clear. It would seem that the slave and the Son are in the same household; but to whom is the sinner a slave? Surely not to God. Indeed as Jesus goes on to say, his opponents belong to another household altogether. Some scholars suggest that John is thinking in the same  way as St. Paul who sees those who are under the commands of the Torah as slaves, and those who trust in God’s Son, as adopted children of God. I think John means that those who refuse to live in God’s love behave like slaves whereas those who accept it through Jesus are set free as children of God. Slaves only have to obey orders; children have to honour their parents.

In the argument that follows Jesus speaks clearly about his opponents’ plans to kill him. This for Jesus is a sure revelation of the household to which they belong; that of the Devil, the initiator of evil. For John the Devil is the social power of human arrogance, falsehood and violence. Such people cannot bear to hear the truth; it arouses their murderous rage; they will do anything to stifle it.

The truth of Jesus’ words can be seen all round the world today, in the actions of those who in the name of religion, nationalism, or ideology try to kill the truth: in the capacity of powerful companies to stifle investigations into their destruction of the environment; in the violence of fundamentalists who kill and mutilate those who challenge their beliefs; in the vengefulness of governments towards those who reveal their contemptible illegalities; in the attempts of the very powerful to destroy the careers of truth-telling climate change scientists;  in the vile assemblies of Christians and Muslims in Nigeria who want to kill homosexuals when they are not killing each other. All these are of their father, the Devil; they cannot bear truth and will kill to suppress it. 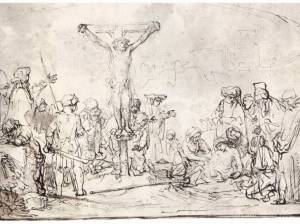 the truth about religious and imperial power

John  tells the story of the son of God who was murdered by an alliance of those who could not bear the truth (The Jewish religious authorities) and those who didn’t think truth was of any value in the real world (“What is truth?” asked Pilate).

Simone Weil, the great and slightly nutty French philosopher, believed that those who could be proven to have tampered with the truth in public (such as any sort of public forum or medium) should be punished by the law. Well, maybe not, for who could be trusted to judge such a matter? But the truth is more precious than most people think, as Jesus knew.

Tags: killing the truth, The Father of Lies, The truth shall set you free