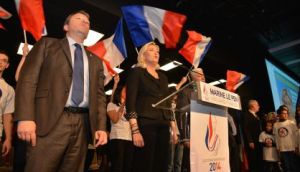 ASH WEDNESDAY: THE BEGINNING OF LENT

The Parable of the Pharisee and the Tax-Collector

9 He also told this parable to some who trusted in themselves that they were righteous and regarded others with contempt: 10 ‘Two men went up to the temple to pray, one a Pharisee and the other a tax-collector. 11 The Pharisee, standing by himself, was praying thus, “God, I thank you that I am not like other people: thieves, rogues, adulterers, or even like this tax-collector. 12 I fast twice a week; I give a tenth of all my income.” 13 But the tax-collector, standing far off, would not even look up to heaven, but was beating his breast and saying, “God, be merciful to me, a sinner!” 14 I tell you, this man went down to his home justified rather than the other; for all who exalt themselves will be humbled, but all who humble themselves will be exalted.’ 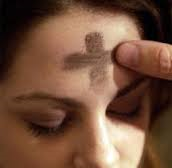 Ash Wednesday reminds me that I am a creature made of dust and that to dust I shall return. That’s true of me and my dear ones, as well as Vladimir Putin, Barack Obama, Ex -President Yanukovych, Beyonce, Rihanna, Myley Cyrus, David Cameron, and my dog. This flesh which I share with all living creatures, this composition of particles made by the DNA I share with fruit fly, endures for a limited period of time before its disintegration. Buddhists may say that there’s no death, only change, that just as the wave is always and forever water, so human beings are always and forever forms of energy which is neither created nor destroyed, but I think this doesn’t  do justice to the unique bundle of particles which goes by the name of the Dalai Lama, or to the profound humour of death that has no respect of persons, as Sir Walter Raleigh noted in his “History of the World”:

O eloquent, just, and mighty Death! whom none could advise, thou hast persuaded; what none hath dared, thou hast done; and whom all the world hath flattered, thou only hast cast out of the world and despised; thou hast drawn together all the far-stretched greatness, all the pride, cruelty, and ambition of man, and covered it all over with these two narrow words, Hic jacet [Here lies]!

To reckon with my death is to realise that my life is important but not very important to the world; or if you will, that it is unimportant but not completely unimportant. As far as the world is concerned my relative importance or unimportance will vary according to whether I am born into a part of the world where people have the means of life and the peace to enjoy it, or otherwise. But even if I’m very wealthy or powerful, my dust will be no more important than my dog’s. How ridiculous then is any attempt by me to gain advantage over my fellow creatures or to insist on any special favours.

People of faith often find meaning for their dusty lives in the God who is beyond all dust, who has created their frail lives for his own good purpose. Christian believers in particular believe that they are created in and for the love of God, who will transform their bodies of dust into spiritual bodies to share his eternal life, a  transformation of which Jesus Christ is the prototype. This is a gift of God and not a human achievement. It is therefore beyond ridicule that some people of faith, like the Pharisee in Jesus’s story, think that God should acknowledge the importance of their particular handful of dust.

Jesus did not question the “goodness” of the Pharisee- his piety and his charity are not in question-nor did he excuse the sins of the tax-collector -most of them were thuggish collaborators with the occupying power-he simply said there’s some hope that God’s goodness can flow into the one who looks towards it, whereas there’s no hope at all for the one who looks only at his own goodness.

That seems helpful to me as I’m aware of my own sins; but I know it only applies to me if I have the honest,wholehearted reliance on God’s goodness shown by the tax-collector. Lent’s a season when my personal dust can surrender its arrogance.