This blog offers a meditation on the Common Lectionary daily readings along witb a headline from world news:

Tongues are not the greatest gift

14 1a Follow, then, the way of love, while you set your heart on the gifts of the Spirit.

1b-4 The highest gift you can wish for is to be able to speak the messages of God. The man who speaks in a “tongue” addresses not men (for no one understands a word he says) but God: and only in his spirit is he speaking spiritual secrets. But he who preaches the word of God is using his speech for the building up of the faith of one man, the encouragement of another or the consolation of another. The speaker in a “tongue” builds up his own soul, but the preacher builds up the Church of God.

5 I should indeed like you all to speak with “tongues”, but I would much rather that you all preached the word of God. For the preacher of the word does a greater work than the speaker with “tongues”, unless of course the latter interprets his word for the benefit of the Church.

Unless “tongues” are interpreted do they help the Church?

6 For suppose I came to you, my brothers, speaking with “tongues!”, what good could I do unless I could give you some revelation of truth, some knowledge in spiritual things, some message from God, or some teaching about the Christian life?

7-9 Even in the case of inanimate objects which are capable of making sound, such as a flute or harp, if their notes all sound alike, who can tell what tune is being played? Unless the bugle-note is clear who will be called to arms? So, in your case, unless you make intelligible sounds with your “tongue” how can anyone know what you are talking about? You might just as well be addressing an empty room!

10-11 There are in the world a great variety of spoken sounds and each has a distinct meaning. But if the sounds of the speaker’s voice mean nothing to me I am a foreigner to him, and he is a foreigner to me.

12-13 So, with yourselves, since you are so eager to possess spiritual gifts, concentrate your ambition upon receiving those which make for the real growth of your church. And that means if one of your number speaks with a “tongue”, he should pray that he may be able to interpret what he says.

an ecstasy which may express healing

14-19 If I pray in a “tongue” my spirit is praying but my mind is inactive. I am therefore determined to pray with my spirit and my mind, and if I sing I will sing with both spirit and mind. Otherwise, if you are blessing God with your spirit, how can those who are ungifted say amen to your thanksgiving, since they do not know what you are talking about? You may be thanking God splendidly, but it doesn’t help the other man at all. I thank God that I have a greater gift of “tongues” than any of you, yet when I am in Church I would rather speak five words with my mind (which might teach something to other people) than ten thousand words in a “tongue” which nobody understands.

If you’ve been following the Lectionary with me, you also will have become used to St. Paul’s voice, so that if this passage were unattributed you’d recognise immediately his way of circling his target, every now and then nipping in for a good bite, until at last, there’s nothing left of it. Basically he thinks that “speaking in tongues” (glossolalia) is pretty useless; reportedly it sometimes happened quite genuinely  in exorcisms where the patient poured out the evil and hurt which had distressed him in ecstatic speech. Doubtless enthusiastic worshippers occasionally expressed their joy in God by ecstatic cries. But in Corinth, it would appear, it had become the spiritual gift of choice, for those who were competitive about their spiritual status.

Paul deals with this from two points of view; common sense and pastoral concern for the church community. It’s clear that he doesn’t think it does much for the community. preaching God’s word builds it up, but “speaking in tongues” only builds up the speaker’s own soul. He doesn’t say it puffs up his soul, but the distinction between building up and puffing up, made earlier in the letter, should leave his readers in no doubt about his meaning. His common sense criticism of it is also interesting. As far as the listener is concerned “speaking in tongues” will sound like nonsense. But he goes further and adds that the mind is important in worship. Mere emotion is not enough; understanding is necessary; the mind should be engaged even in singing praise. Paul’s balance here, his insistence that ecstatic behaviour does not express the whole person by failing to make use of a gift of creation, namely the mind, is a good corrective to forms of religious fervour which are still held in high esteem, in some churches.

His determination to help the community build itself up as a partnership of equal people under Messiah Jesus means that although experience of the Holy Spirit is precious to him, he insists that its sincerity must be judged by its fruits: love, joy, peace, patience, kindness, generosity, fidelity, tolerance and self-control. Charismatic faith must be expressed ethically. Those who interpret this passage as being permissive towards ecstatic behaviour must reckon with his utterly dismissive last line: “I’d rather speak five words with my mind tha ten thousand words in a tongue which nobody understands.

This rejection of noisy emotionalism in religion was shared by the late Peter Matthiessen, who died yesterday. Author and Zen teacher, he was a hero of mine, not just for his marvellous fiction, 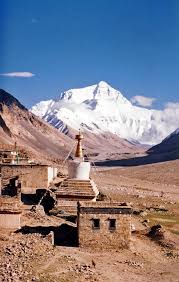 open to the great void

especially the three volumes of “Killing Mr. Watson” (brought together as “Shadow Land”) but equally for his explorations of nature and humanity in a great series of books, including “Under the Mountain Wall” and “The Snow Leopard”, the latter a spiritual masterpiece. In it he learns that not reaching the goal of a quest, in this case, to see a snow leopard, is just as important as, or maybe even more important than, reaching it. Whatever the expressed goal, it is eclipsed by the great and compassionate void which tears conventional spirituality from the soul and returns the seeker to simple things like bread and companionship. Paul experienced this as the love of God,which reduced all he was proud of to dust and led him to say, “When I am weak, then I’m strong.”

A resolute, intelligent and sceptical faith is Paul’s aim.