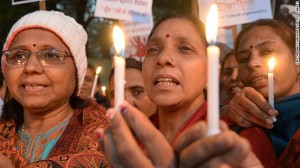 more important than the election…

You must use your minds in this matter of tongues

20-21 My brothers, don’t be like excitable children but use your intelligence! By all means be innocent as babes as far as evil is concerned, but where your minds are concerned be full-grown men! In the Law it is written: ‘With men of other tongues and other lips I will speak to this people; and yet, for all that, they will not hear me’.

22-25 That means that tongues are a sign of God’s power, not for those who are unbelievers, but to those who already believe. Preaching the word of God, on the other hand, is a sign of God’s power to those who do not believe rather than to believers. So that, if at a full church meeting you are all speaking with tongues and men come in who are both uninstructed and without faith, will they not say that you are insane? But if you are preaching God’s word and such a man should come in to your meeting, he is convicted and challenged by your united speaking of the truth. His secrets are exposed and he will fall on his knees acknowledging God and saying that God is truly among you!

Some practical regulations for the exercise of spiritual gifts

26 Well then, my brothers, whenever you meet let everyone be ready to contribute a psalm, a piece of teaching, a spiritual truth, or a “tongue” with an interpreter. Everything should be done to make your church strong in the faith.

27-28 If the question of speaking with a “tongue” arises, confine the speaking to two or three at the most and have someone to interpret what is said. If you have no interpreter then let the speaker with a “tongue” keep silent in the church and speak only to himself and God.

29-33 Don’t have more than two or three preachers either, while the others think over what has been said. But should a message of truth come to one who is seated, then the original speaker should stop talking. For in this way you can all have opportunity to give a message, one after the other, and everyone will learn something and everyone will have his faith stimulated. The spirit of a true preacher is under that preacher’s control, for God is not a God of disorder but of harmony, as is plain in all the churches.

The speaking of women in church is forbidden

34-35 Let women be silent in church; they are not to be allowed to speak. They must submit to this regulation, as the Law itself instructs. If they have questions to ask they must ask their husbands at home, for there is something indecorous about a woman’s speaking in church. 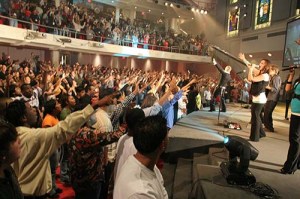 “hands down those who want coffee after the service…”

You must accept the rules I have given by authority

36-38 Do I see you questioning my instructions? Are you beginning to imagine that the Word of God originated in your church, or that you have a monopoly of God’s truth? If any of your number thinks himself a true preacher and a spiritually-minded man, let him recognise that what I have written is by divine command! As for those who don’t know it, well, we may just leave them in ignorance.

39-40 In conclusion then, my brothers, set your heart on preaching the word of God, while not forbidding the use of “tongues”. Let everything be done decently and in order

Paul was providing instruction for a church gathering that took place in a house, in which there would be psalm singing, preaching, prayer and perhaps “speaking with tongues.” He had already advised them( see yesterday’s blog) that speaking in tongues did not build up the church if nobody understood it. Hence his insistence that if this  was done it should always be interpreted. It was expected that a few people would preach and that others lead singing and prayers, but he was concerned that worship should not become a disorderly sequence of people showing off their spiritual gifts.

In his instruction what are his sources of wisdom?

1. His Jewish Synagogue experience, in which there were no “priests” but an equal association of village men, many of whom might speak.

2. The practice of “all the churches”. He probably means “all the Gentile Churches.” These were also “house churches”.

3. His own common sense and prejudice.

He claims that his source is “God’s command” but quotes no scripture or command of Jesus that justifies his position. He asks if the Corinthians think they have a monopoly of God’s truth while he asserts his own grasp of God’s truth. The problem of authority in charismatic assemblies was evident very early in the history of the church. Eventually the emerging “catholic” communities solved the problem by instituting a hierarchy which placed authority in the hands of priest and elected bishops; but well into the Catholic era, there were still charismatic assemblies which refused to accept their authority. The problem Paul  faced was that having dispensed with obedience to religious law and placed his converts under the guidance of the Spirit, how could he challenge a teaching which claimed the inspiration of the Spirit?

Ultimately his answer is his own function as an apostle called by God, which could itself seem questionable because it rested on a personal spiritual experience. He doesn’t however simply issue a command, but tries to remain true to the spiritual freedom he has proclaimed. That’s why he argues by common sense and good custom and seeks for agreement. That’s to his credit, but notoriously it leads to his command that women should be silent in the church assembly. This is based on the practice of the synagogue, but may be at odds with his own conviction that “in Messiah Jesus there are neither Jew nor Gentile, slave nor free, male nor female”. Clearly women had been allowed to speak in the Corinthian church; they must have felt betrayed by Paul’s conventional instruction.

In modern times, most churches have begun a process of repentance for their long refusal to include women as fully equal members, and in the protestant and charismatic churches to enjoy the 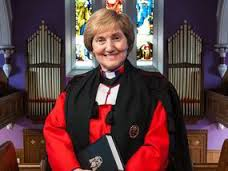 Rev Lorna Hood, Moderator of the Church of Scotland

leadership of women as ministers and priests. This has come about by the churches being led by the Spirit to interpret their tradition more creatively. Well. that’s a nice way of putting it. In fact they have been dragged kicking and screaming by the greater equality of women in society into their new acceptance  of women’s vocation. That’s a bit disgraceful because one might have hoped the churches would have been prophets of equality, rather than defenders of subservience. Yet all organisations that hold to a particular piece of history as determinative of present practice, will find it harder to change than those who have no such anchor.

I may be critical of Paul, but I can see that he was wrestling with an  issue about authority which has not gone away; and that in practical matters he used common sense and practice as his guide, although we disagree with his conclusion. On the other hand I have to be clear I do disagree and that I consider all excuses for preserving male denomination and no-go areas for women to be nonsense. Come on Pope Francis, tell us the truth: there are no good arguments for men- only priesthood. Come and see our women ministers at work and realise what good priests and bishops (and Popes!) they would be.

Tags: "Women should be silent in Church", apostolic authority, inspiration of the Spirit