This blog offers a meditation on te Common Lectionary daily readings along with a headline from world news:

14 But thanks be to God, who in the Messiah constantly leads us in a triumphal procession and through us spreads everywhere the fragrance of what it means to know him! 15 For to God we are the aroma of the Messiah, both among those being saved and among those being lost; 16 to the latter, we are the smell of death leading only to more death; but to the former, we are the sweet smell of life leading to more life. Who is equal to such a task? 17 For we are not like a lot of folks who go about huckstering God’s message for a fee; on the contrary, we speak out of a sincere heart, as people sent by God, standing in God’s presence, living in union with the Messiah.

3 Are we starting to recommend ourselves again? Or do we, like some, need letters of recommendation either to you or from you? 2 You yourselves are our letter of recommendation, written on our hearts, known and read by everyone. 3 You make it clear that you are a letter from the Messiah placed in our care, written not with ink but by the Spirit of the living God, not on stone tablets but on human hearts.

4 Such is the confidence we have through the Messiah toward God. 5 It is not that we are competent in ourselves to count anything as having come from us; on the contrary, our competence is from God. 6 He has even made us competent to be workers serving a New Covenant, the essence of which is not a written text but the Spirit. For the written text brings death, but the Spirit gives life.

Those who’ve been following the blog day by day should note that the Lectionary has jumped from 1st Corinthians to 2nd. I’ll use this passage as a final extract from Paul at present.

The context is Paul’s description of his ministry at Troas and in Macedonia. This reminds him of the compulsion he feels to move to any place where his message can be preached. He compares the apostolic mission to those who are part of a Roman “Triumph”. He has already used this image in 1st Corinthians where he likens the apostles to the defeated prisoners at the back of the procession; “we are theatre for the cosmos” he says, wryly. Here the apostles are likened to the victorious soldiers in  a procession where God is the victor through Christ; and the gospel knowledge of God is likened to “fragrance” and is called, the “aroma of Messiah”. What precisely is this image? Commentators suggest that it is the smell of the sacrifices with which the Triumphal procession was completed. For the victorious soldiers they would smell of life whereas for the doomed prisoners they would smell of death. In that case, Paul would be saying the sacrificial death of the Messiah and the sacrificial lives of his messengers were the smell of new life for believers but merely the smell of death for others.

There are other interpretations possible, for as often Paul’s Greek syntax is loose. At the heart of all interpretations, however is the notion of sacrifice, whether by Messiah or his messengers as an offering acceptable to God and beneficial to human beings.

“Huckstering God’s message for a fee” is a harsh phrase, expressing Paul’s contempt for preachers who have seen the Christian assemblies as a chance to make a quick buck.

Then he moves to another image, the contrast between the “letter” and the “spirit”. He gets into this by asking rhetorically if he needs letters of recommendation to his own converts in Corinth, when they are themselves his “letter of recommendation” written on his heart and open for everyone to see. Again here the image wobbles a little as Paul uses it. Is the Corinthians church his apostolic CV which can be read by anyone; or is his heart’s love for the Corinthians the CV which can be read by all of them? Perhaps he means both, and then he adds a third. The Corinthians are a letter to the world from Messiah Jesus written by his spirit on their hearts and lives. He adds that all of this is God’s  New Covenant, which is not written like the Mosaic covenant on tablets of stone but written by the Spirit on human hearts. The written text kills, he says, thinking of  deadening power of the religious law, but the Spirit, God’s creative presence in Messiah Jesus, brings life. 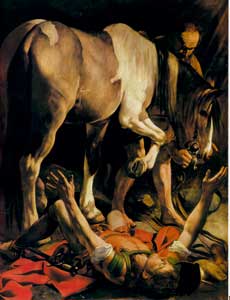 The main themes here, of the sacrificial calling of the “messengers of the crucified Messiah”, which can however be depicted as a challenge to Roman Triumphs; and of the transforming power of a message through which God shares his spirit, are typically bold inventions of a quite astonishing man.

Readers may be interested in my fictional story of Paul: Paul, An Unauthorised Autobiography, by Mike Mair, published by Kindle.

Tags: a challenge of Imperialist victories, sacrifice as a calling, the astonishing apostle