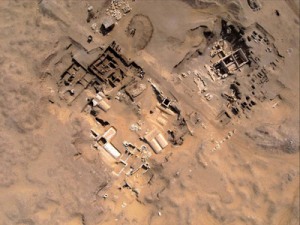 The first day of the week: the empty tomb

24 1-7 But at the first signs of dawn on the first day of the week, they went to the tomb, taking with them the aromatic spices they had prepared. They discovered that the stone had been rolled away from the tomb, but on going inside, the body of the Lord Jesus was not to be found. While they were still puzzling over this, two men suddenly stood at their elbow, dressed in dazzling light. The women were terribly frightened, and turned their eyes away and looked at the ground. But the two men spoke to them, “Why do you look for the living among the dead? He is not here: he has risen! Remember what he said to you, while he was still in Galilee—that the Son of Man must be betrayed into the hands of sinful men, and must be crucified, and must rise again on the third day.”

8-9 Then they did remember what he had said, and they turned their backs on the tomb and went and told all this to the eleven and the others who were with them.

10-12 It was Mary of Magdala, Joanna, the mother of James, and their companions who made this report to the apostles. But it struck them as sheer imagination, and they did not believe the women. Only Peter got up and ran to the tomb. He stooped down and saw the linen clothes lying there all by themselves, and he went home wondering at what had happened.

The accounts of the empty tomb can be seen as proclaiming a miracle in which God intervened to reanimate and transform the body of the dead Jesus. I’m not at all sure that they do so, but I want to be clear that I don’t think such a thing happened. Firstly I don’t think it can be asserted as a historical fact. The earliest written evidence for the resurrection is in Paul’s first letter to Corinthians chapter 15 which mentions Jesus’ appearances but says nothing about an empty tomb. It’s certain that Paul believes in the bodily resurrection of Jesus but he also believes in the bodily resurrection of  believers whose physical bodies will moulder in the grave. God, in Paul’s view, “clothes” the mortal with an immortal body. The most natural interpretation of Paul’s evidence is that he he would have assumed Jesus’ mortal remains were also in the grave.

I also have theological reasons for rejecting the miraculous reanimation of Jesus dead body. I don’t think God works that way, that is by interfering by main force in the flow of natural events. If he does so sometimes, why the hell doesn’t he do so more often? If God is prepared to change the results of natural process why didn’t he stop the Alzheimers that destroyed my mother, or for that matter, the gas chambers of Auschwitz? I find a God who intervenes selectively impossible to honour. I do believe in a God who never intervenes by force but only by persuasion, that is, only through the actions and sufferings of his creatures. This God is responsible for the universe and all its sufferings but has granted it freedom (right down to its subatomic particles) from divine coercion. Because God loves creation, God suffers with it the pain of accident and evil. 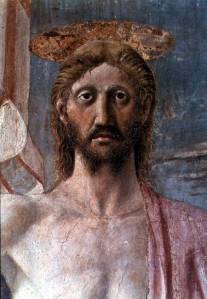 To be “with God” is to be not in this universe any more, except in the way that God is present, in the minds and hearts of believing creatures. The Risen Jesus, therefore is present in just this way to believers, as a transforming presence with a transformed body, of which believers can be a part. That’s how I read St. Paul’s witness to the resurrection.

When I return to the gospel stories, written more than twenty years after Paul, I can look at them in the light of the earlier witness. Do they tell of Jesus’ body being reanimated as a historical fact? No, when we look carefully we can see that none of them narrate the “physical raising” as such. The body’s not in the tomb, Jesus has been raised, he will meet his disciples as promised, all these are narrated. As are his appearances in which he is depicted as having a body which bears the marks of his earthly suffering but is free of the physical restriction to which bodies are subject. It seems to me that the gospel writers bear witness in narrative form to the same faith as Paul. God has raised Jesus to share his divine life, he is alive as the crucified Lord who knows pain and death. As for his mortal remains, they are irrelevant. There will be no pious pilgrimages to Jesus’ tomb. “Why look for the living amongst the dead?”

The gospel stories are masterpieces of theological fiction which depict what the writers considered to be fact: that the crucified Jesus is alive with God to incorporate trusting people into his victorious body.