21 Moshe reached his hand out over the sea, and Adonai caused the sea to go back before a strong east wind all night. He made the sea become dry land, and its water was divided in two. 22 Then the people of Isra’el went into the sea on the dry ground, with the water walled up for them on their right and on their left.

23 The Egyptians continued their pursuit, going after them into the sea — all Pharaoh’s horses, chariots and cavalry. 24 Just before dawn, Adonai looked out on the Egyptian army through the column of fire and cloud and threw them into a panic. 25 He caused the wheels of their chariots to break off, so that they could move only with difficulty. The Egyptians said, “Adonai is fighting for Isra’el against the Egyptians! Let’s get away from them!”

26 Adonai said to Moshe, “Reach your hand out over the sea, and the water will return and cover the Egyptians with their chariots and cavalry.” 27 Moshe reached his hand out over the sea, and by dawn the sea had returned to its former depth. The Egyptians tried to flee, but Adonai swept them into the sea. 28 The water came back and covered all the chariots and cavalry of Pharaoh’s army who had followed them into the sea — not even one of them was left. 29 But the people of Isra’el walked on dry ground in the sea, with the water walled up for them on their right and on their left.

The “myth” of the Exodus involves several elements that are almost certainly not historical:
1. All the tribes of Israel are said to have been in Egypt. This is not the case. Possibly one or two were. The others became part of a loose federation of tribes some hundreds of years later.
2. The Lord is said to have sent repeated plagues on Egypt. This is not the case.
3.The Egyptian army is depicted a pursuing a bunch of runaway slaves. This is unlikely.
4. The red sea is said to be the location of the Egyptian defeat. The Sea of Reeds is a much more probable location.

So what are we dealing with? We have an epic of the origins of Israel, composed many years after its narrated events, possibly 500 years later, which established the true heroes of the people, especially Moses, in the minds of its readers and emphasised time and again that Israel’s victories -and some of her defeats- are due to her God, Jahwe, the Lord of battles and communal justice. This God will fight on behalf of his oppressed people; he will empower them to do a bit of ethnic cleansing in Canaan; but he will also demand exclusive worship and obedience to his prescriptions for right living.

For some years this narrative was popular with oppressed believers such as Afro-Americans (“Let my people go”), and more lately with Liberation Theologians, who saw in it the image of a God of justice with a bias for the oppressed, which could sustain oppressed communities throughout the world. They failed to notice the obviously “oppressive” nature of the promised land motif (the ethnic cleansing and the theft of living space) which makes the use of the story as a icon of liberation unsustainable. At least as I read the story, it would be very unwise to encourage any people, no matter how oppressed to identify with the Israel depicted in it.

The historical truth is likely to be much more mundane. Not all Israeli tribes were in Egypt; all of them were wandering bedouin, who ultimately settled in Canaan and developed a defensive alliance against other peoples, perhaps under the banner of Jahwe, God of battles. They always lived alongside other tribes in Canaan,often peacefully enough, as can be seen from the repeated mention in the books of the Jewish Bible, of Canaanites, although they are supposed to have been eliminated.

The belief that God was more powerful than armaments struggled to gain adherents throughout Israel’s history, but was never abandoned. Adherence to the divine commands, however, was widespread in all eras of Israel’s existence as a distinctive people. Ultimately the belief that Israel was a people chosen to serve a God of justice was able to sustain the faith of Jewish communities over millennia of defeat and diaspora.

Officially, modern Israel has no such belief but perhaps a lingering legend of God’s favour allows them to treat the legitimate inhabitants of their territory, just as badly as the Egyptians treated their ancestors, or their ancestors treated the Canaanites. The Bible is a dangerous book.

1 From: Kefa, an emissary of Yeshua the Messiah

To: God’s chosen people, living as aliens in the Diaspora — in Pontus, Galatia, Cappadocia, the province of Asia, and Bythinia — 2 chosen according to the foreknowledge of God the Father and set apart by the Spirit for obeying Yeshua the Messiah and for sprinkling with his blood:

Grace and shalom be yours in full measure. 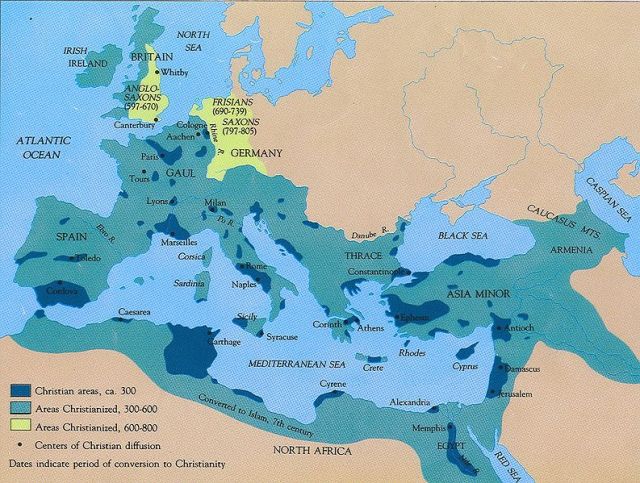 3 Praised be God, Father of our Lord Yeshua the Messiah, who, in keeping with his great mercy, has caused us, through the resurrection of Yeshua the Messiah from the dead, to be born again to a living hope, 4 to an inheritance that cannot decay, spoil or fade, kept safe for you in heaven. 5 Meanwhile, through trusting, you are being protected by God’s power for a deliverance ready to be revealed at the Last Time. 6 Rejoice in this, even though for a little while you may have to experience grief in various trials. 7 Even gold is tested for genuineness by fire. The purpose of these trials is so that your trust’s genuineness, which is far more valuable than perishable gold, will be judged worthy of praise, glory and honor at the revealing of Yeshua the Messiah.

8 Without having seen him, you love him. Without seeing him now, but trusting in him, you continue to be full of joy that is glorious beyond words. 9 And you are receiving what your trust is aiming at, namely, your deliverance.

10 The prophets, who prophesied about this gift of deliverance that was meant for you, pondered and inquired diligently about it. 11 They were trying to find out the time and circumstances to which the Spirit of the Messiah in them was referring in predicting the Messiah’s sufferings and the glorious things to follow. 12 It was revealed to them that their service when they spoke about these things was not for their own benefit, but for yours. And these same things have now been proclaimed to you by those who communicated the Good News to you through the Holy Spirit sent from heaven. Even angels long to look into these things!

The author of this letter takes up the ancient language of “God’s people” to apply it to the scattered communities of Christian believers in Asia. What does it mean to say they are living as aliens? After all, they are living in their own home territories, although some may be of Jewish origin. It means they are living as the Jewish patriarchs did, without rights, in the promised land. Their true home is the Kingdom of God, which is promised to them. It will come in God’s good time. Meantime it is a hope for Last Times, a true “inheritance” which will not be altered, reduced or damaged. Such a Rule of God on the earth cannot be achieved by any human warfare but only through the suffering of God’s Anointed King and indeed of his followers. The hoped for deliverance is wholly in God’s hands.

The reader can see how the concept of the chosen people has been cleansed of nationalistic and aggressive elements by trust in the crucified Messiah Jesus. The life of such a peaceful, hopeful and joyful community reflects the priorities of Jesus, whom they love without having seen him. The author’s depiction of this community offers encouragement and challenge to believing communities today.

Tags: a peaceful chosen people?, The Myth of the Exodus